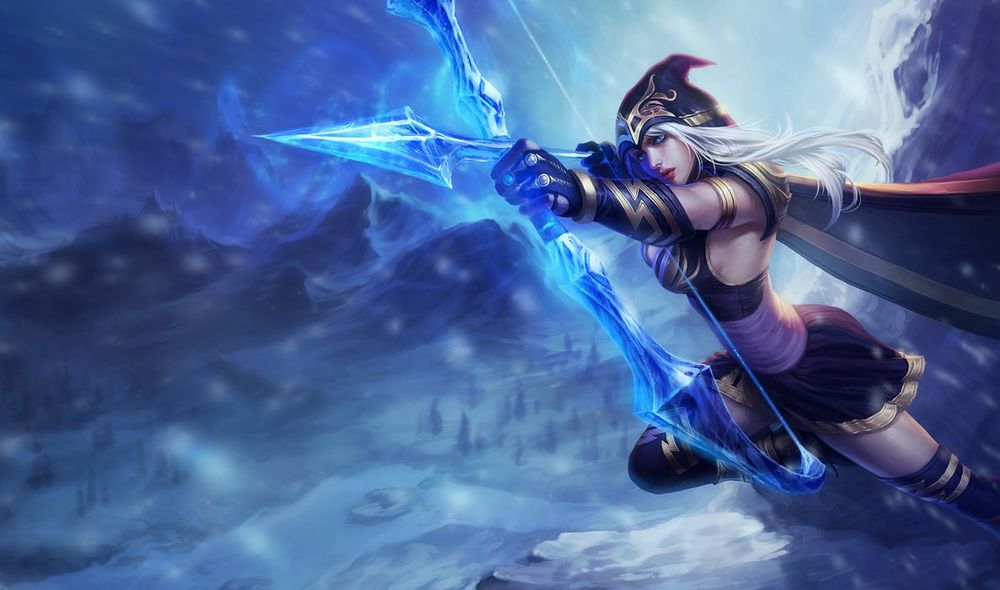 League of Legends’ most popular archer from Freljord is getting some new voice lines.

The Frost Archer’s voice update was revealed by SkinSpotlights today and pokes fun at several League memes, including how nonsensical it is for Ashe to be wearing a skirt in the Freljord.

“Yay, Freljord,” Ashe says. “Did any of us get cold-weather clothes?”

This hilarious allusion refers to a lengthy commentary by fans who wonder why Freljord champions aren’t dressed for snowy and harsh weather conditions. With the exception of Volibear’s fur, Freljord champions show plenty of skin, which is inconsistent with their origin.

The new voice-over also provides some comic relief for the laning phase.

“Braum, what are you doing over there?” the archer asks. “Are you drunk?”

And Ashe even has some choice words for Sejuani, her longtime childhood friend.

The archer from Freljord has been receiving a lot of love from Riot recently. Along with the voice-over update, the High Noon Ashe skin will be coming to Summoner’s Rift in Patch 9.20. And the four-part Warmother comic series that follows Ashe’s quest to find the mythical Throne of Avarosa was a huge success.

Ashe will also be getting buffed in Patch 9.19. Her passive’s slow percentage will be increased in the early levels and her Q will get an auto attack reset.

Don’t be surprised if you begin to see a lot more of Ashe in the bot lane.