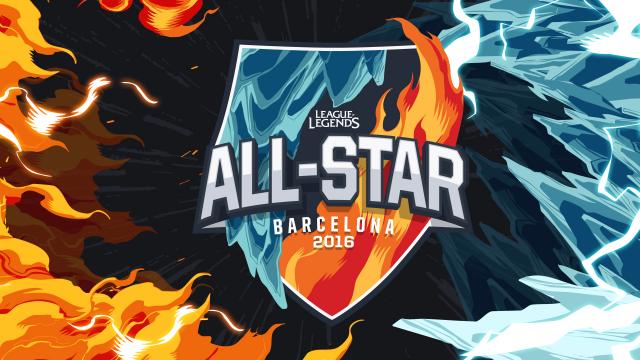 Assassin Mode is, as it sounds, a game type which allows players to only choose assassin champions and only build offensive items during the match. This leaves Team Fire and Team Ice to create new strategies for one of All-Stars’ fun modes of the weekend.

Team Fire was the overwhelming favourite going into this match, with Lee “Faker” Sang-hyeok and Søren “Bjergsen” Bjerg making up their team composition, known for playing high-level mid lane assassins in their careers.

Ice did manage to come back into the game with two kills coming within quick succession for Ice in multiple lanes to bring the gold lead back to even on both sides.

The game was in Ice’s favor for the majority of the match, as they were able to get the first tower of the game at 13 minutes, but Fire got their own moments later. Ice continued to increase their small gold lead, with Fire picking up the first dragon of the game at a cost of a second tower.

There wasn’t really much that Team Fire could do as the game went on. They were able to pick up a few kills, but nothing that really got them into the game, as Ice extended an impressive lead further and further.

That was until Faker, the man himself, stole Team Ice’s Baron and gave his team a fighting chance by closing the gold gap.

This led to Team Fire cutting the gold lead entirely to bring the game back to uncharted territory, as both teams were on equal footing for the final stages of the game.

Ice did finally get their own Baron to retake the lead, and they looked to close out the game by pushing down the mid lane, but it ended with both teams trading kills two-for-two.

However, a few minutes later, Ice finally cleaned up house and got themselves the ace, pushing the mid lane to take the inhibitor. Ice was finally able to take the Nexus turrets and the Nexus, giving Ice a surprising win against Team Fire.