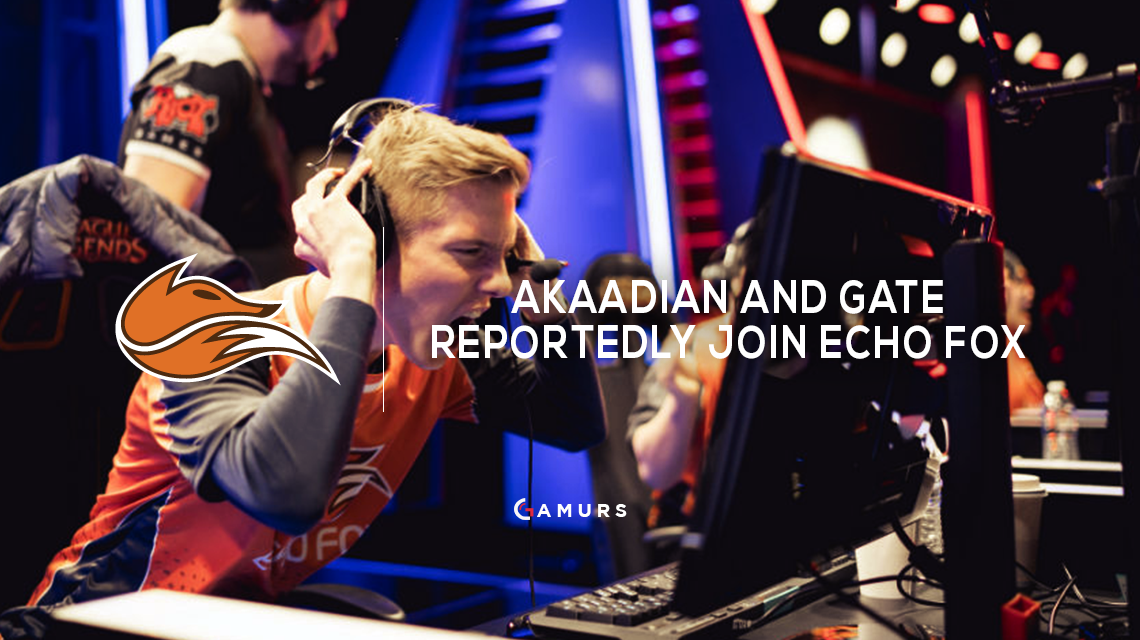 According to a report from ESPN, jungler Matthew “Akaadian” Higginbotham and support Austin “Gate” Yu are set to join Echo Fox’s roster. This news comes one day after former Royal Never Give Up top laner Jang “Looper” Hyeong-seok officialy joined the team.

Last season, Akkadian played for Challenger side Dream Team and Gate played for LCS side Phoenix1.

This would most likely finalise the team, assuming these players are the starters and  Henrik “Froggen” Hansen and Yuri “KEITH” Jew retain their spots on the team for the upcoming season.

If the reports are true, Echo Fox has its roster for 2017:

Where do you see this roster placing in the 2017 Spring Split of the NA LCS? Let us know in the comments below or tweet us @GAMURScom.