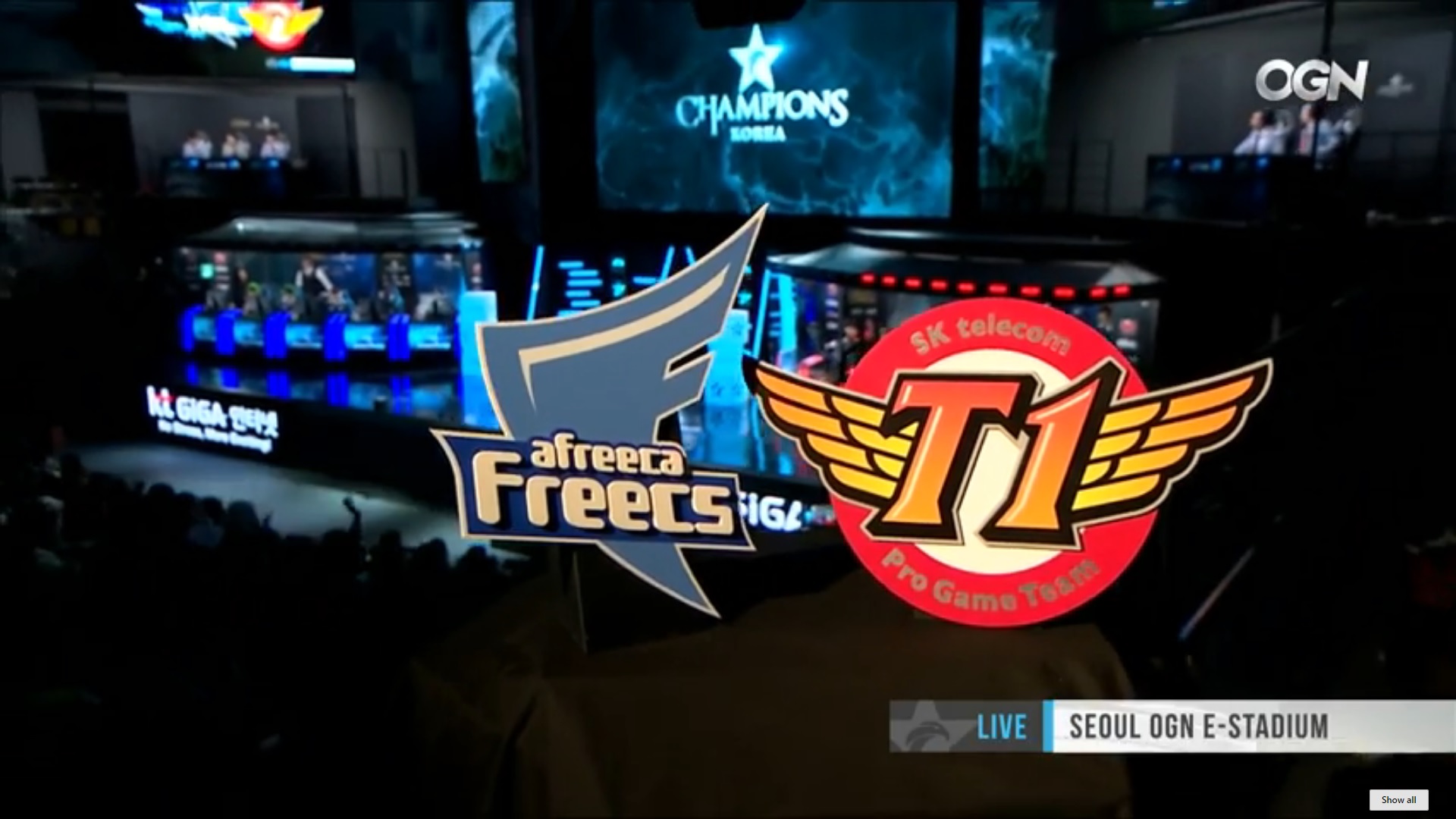 The story of Wednesday’s LCK match between SK Telecom T1 and Afreeca Freecs wasn’t supposed to be about who won. SKT is the best team in the world, captained by Lee “Faker” Sang-hyeok, the best player in League of Legends history. Afreeca was mired on the bottom half of the LCK bracket. An SKT victory was all but assured.

And then the Freecs won, in convincing manner. They played calm and collected, robbing SKT of their undefeated game and match record. Was this a case of SKT’s overconfidence? The team just joined Twitch this week to stream to Western fans. Maybe they were distracted by all the streaming. Or did the Freecs unlock a new level of play to take down the titans of Korea?

As well as the Freecs played—and this was the best match of their season—we think it was SKT’s arrogance that led to their downfall.

The master is still the master

The pre-match narrative focused on SKT facing former top laner Jang “MaRin” Gyeong-Hwan, whom they won a World Championship with in Season 5. The last time SK Telecom T1 faced a former player (Jung “Impact” Eon-yeong at Worlds 2016), it was an SKT romp. That trend was expected to continue yesterday. But MaRin proved that he is still a master in the top lane and has even learned a few tricks.

The key matchup in game one was MaRin vs. new SKT member Heo “Huni” Seung-hoon. SKT drafted an extremely aggressive, but squishy, team composition that relied on Huni getting a lead on Jayce. Instead, MaRin dominated an unfavorable matchup on his old standby, Rumble.

In classic SKT fashion, Faker pulled his team out of a deficit with fantastic play on Katarina. Then in not-so-SKT fashion, they gave it away by gunning for kills, diving in an over-aggressive manner that exposed them to flanks and lost objectives. It was a baffling game to watch as SKT ceded an Elder Dragon and Baron without a fight because of poor positioning.

So what was the problem, top lane or team composition/play style? SKT decided that they could fix top lane and play the same aggressive style. They were wrong on both counts.

Afreeca slows down Faker and the game

SKT chose to adjust by banning MaRin’s champion pool in game two. MariN calmly grabbed Maokai, a fantastic teamfighting tank, and dominated the matchup anyway. MariN is not known as a strong solo laner, but he made Huni completely irrelevant and allowed Lee “Spirit” Da-yoon to concentrate on the bottom side of the map.

Needing someone to win lane and exert pressure, SKT turned to Faker. And Faker looked off. His trademark roams came up empty, and in some cases, served up kills to Afreeca. SKT is famous for supporting Faker’s roams, but this game showed that he and jungler Yoon “Peanut” Wang-ho have a long way to go to replicate the synergy Faker had with longtime jungler Bae “Bengi” Seong-ung.

From there, Afreeca played the map better. Like game one, they neutralized SKT’s clearly superior bot lane, avoided SKT’s forced engages, snuck a Baron, and stayed patient through victory. The pace of the game really seemed to bother SKT, who tried to force fights with their superior talent. Even when they found isolated opponents, their engages were sloppy, allowing the Freecs to heal and shield their way out of bad spots.

This looked like a match where SKT was clearly overconfident and paid for it with a loss. They do have some issues to work out, like the synergy between mid laner and jungler. But more considerate play will do them a lot of good. We expect coach Kim “kkOma” Jung-gyun to give the team a good drilling in map control and awareness in the coming days.

We can’t imagine that practicing constantly for kkOma over the next few days will be fun, but SKT should emerge a better team.