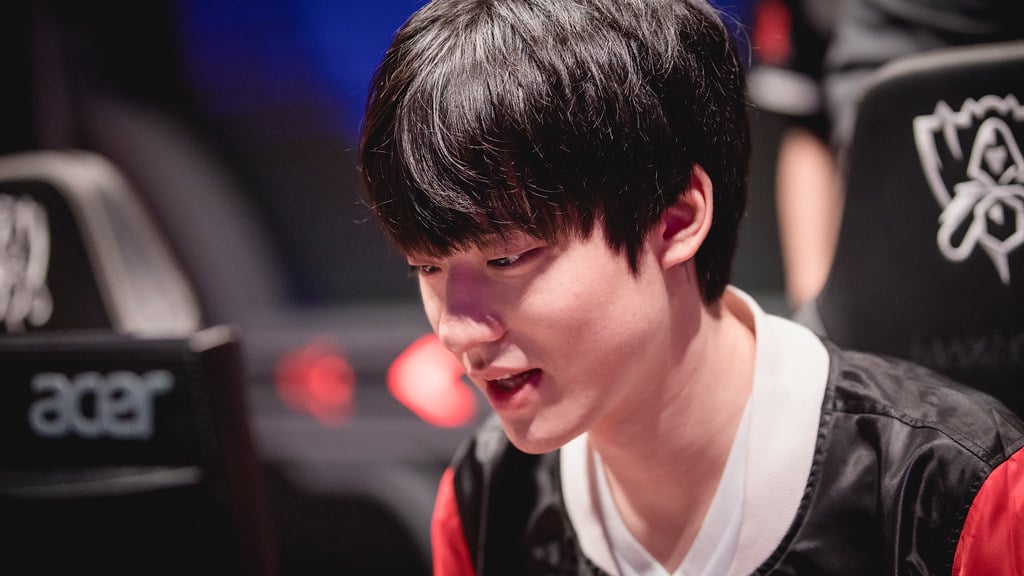 Jin “Mystic” Seong-jun was one of the biggest surprises of the best-of-three series between the LCK’s Afreeca Freecs and Griffin today. Despite the 2-0 sweep, however, the match could’ve gone either way.

After an underwhelming 2019 season, placing eighth in the spring and fifth in the summer, Afreeca Freecs underwent a roster reshuffle, bringing in two new players to the team. Former Gen.G mid laner Song “Fly” Yong-jun and Team WE AD carry Mystic joined the stable hands of Kim “Kiin” Gi-in in the top lane, Lee “Spirit” Da-yoon in the jungle, and Son “Jelly” Ho-gyeong in the bot lane.

On paper, Afreeca Freecs looked like a mid-tier team, but they were a formidable force today against Griffin. Both games of the series came down to the wire. Griffin almost ran away with the first game, but following the quick-footed intervention of Mystic, Afreeca Freecs came on top.

The team played as a cohesive unit and when it came down to the late game and the all-important teamfights, they were the clear winners.

In the second game, Afreeca Freecs were on the back foot. They had just lost three players and Griffin were poised to win. But as the team retreated in the river, a cocksure Fly and Mystic engaged.

The duo took advantage of their mechanical skill and after some stutter-stepping from Mystic’s Ashe and a well-timed Quicksilver Sash, Afreeca Freecs won the two-vs-five. Mystic kited Griffin, taking them out one by one, before pushing for the win.

Afreeca Freecs face off against their next opponent, Hanwha Life Esports, on Sunday, Feb. 9.