A new challenger appears in the latest page of Olaf vs. Everything

The Berserker becomes the hunter. 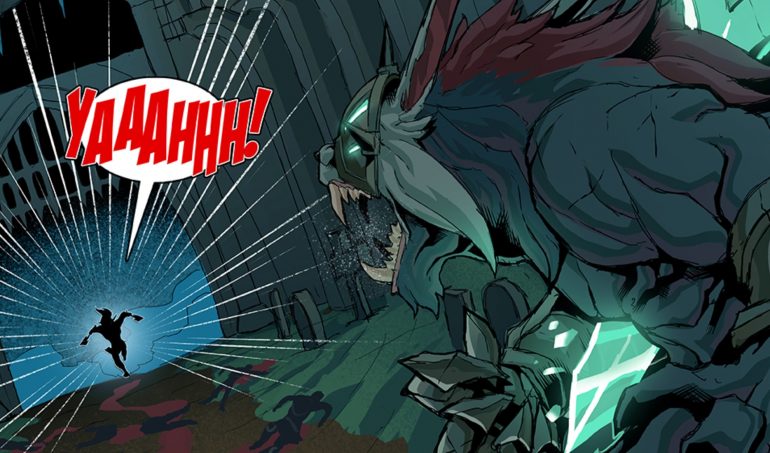 The newest page of “Olaf vs. Everything” was released today, revealing a new challenger for League of Legends’ Freljordian Berserker as he takes on the first part of Illaoi’s test.

For those who missed part one of the comic, take a moment to check it out on the official League of Legends site.

Part two follows the Berserker as he wakes up in Illaoi’s home and attempts to find aid on his journey back to the Freljord in the form of a Kraken Priestess. Illaoi offers her help but challenges him to a test first. Olaf then gets pulled into the Priestess’s idol, where he falls past a series of skin universe bubbles.

In the comic’s newest page, Olaf lands in a bloodied street, surrounded by bodies of fallen soldiers. The Berserker is warned by one of the soldiers who tells him of a beast down the road, but upon hearing the word, Olaf perks up and takes off running in the direction of the imminent threat.

After Olaf charges toward the threat, readers find out that the beast is indeed Warwick, who then turns to face Olaf before the comic ends.

To find out what happens next, readers can check back every Monday to see the comic’s latest pages.