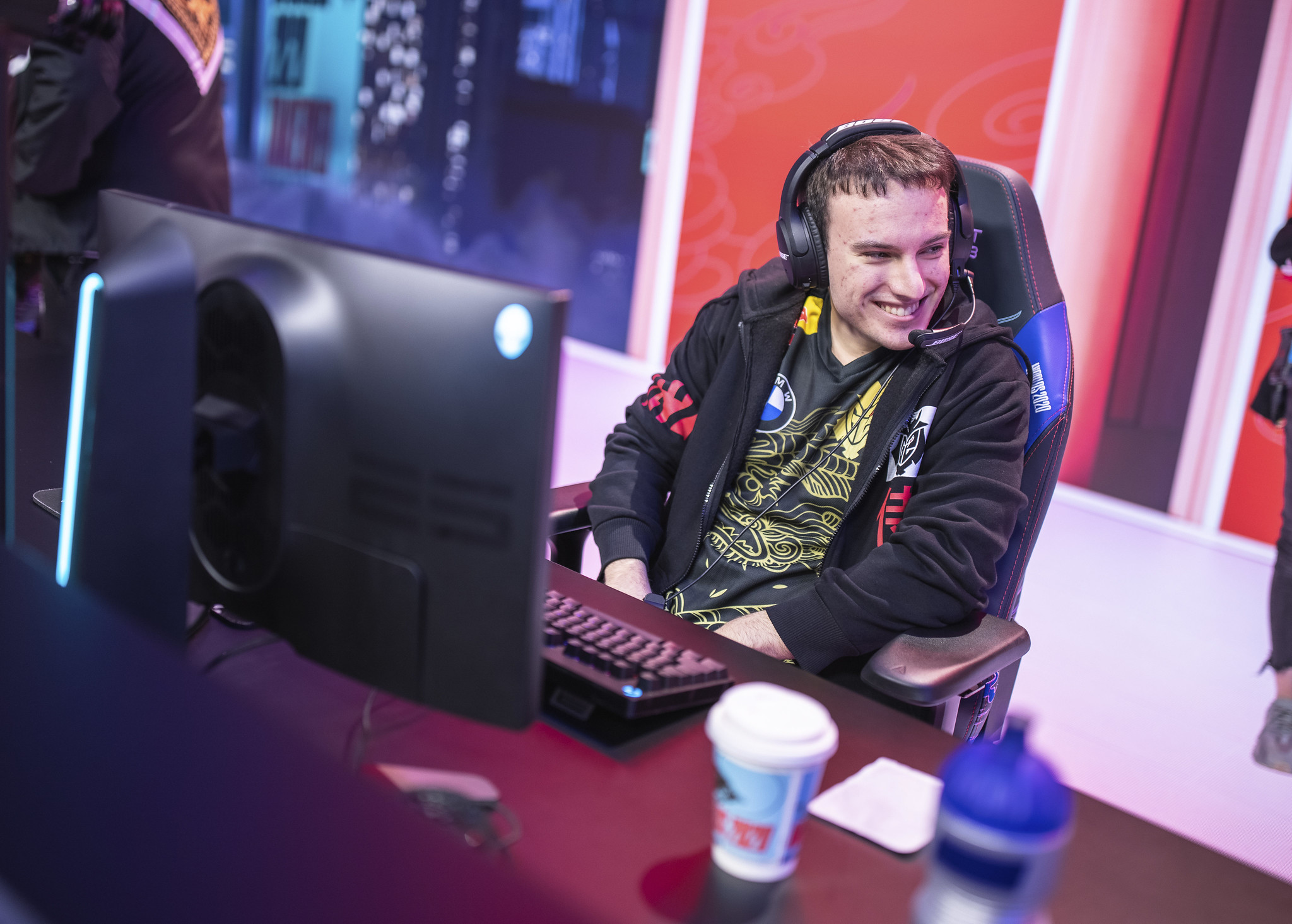 Just like how some actors are defined by that one character they portrayed for the entirety of their career, it’s been the same for Perkz. He’s been a vital part of the G2 Esports squad and a dominating force in the European League of Legends scene since 2016.

Even the possibility of him moving onto another region seemed like fan fiction at first, but Cloud9 recently announced that it had acquired the star player to its ranks. As shocking as it may be, Perkz had nothing more to conquer in Europe. He’s only placed either second or first in every regular season outside of two splits.

While he never got the Worlds title he always dreamed of, the MSI 2019 title was the sheer symbol of Perkz’s skill level on a global scale.

Coming into Worlds 2020, G2 were considered one of the tournament’s strongest contenders, and the team placed in a shared third place. A top-four finish may sound close to perfect for any other team in the tournament, but it was less than ideal for the G2 squad, which had played in the finals of Worlds 2019.

Though the team got knocked out by DAMWON Gaming, who went on to win the tournament, it was still enough of a sign that it was time to try something new. Perkz will be debuting for a Cloud9 squad, which unexpectedly lost its Worlds 2020 ticket to FlyQuest.

Here are all the plays that defined Perkz as a player during his time with G2 and what LCS teams need to look out for to survive the split against one of Europe’s finest.

A play out of David Copperfield’s playbook—G2 vs. Griffin: Worlds 2019

Although Perkz is a mid laner, switching gears to become G2’s ADC wasn’t a problem for him. His selfless role swap allowed Caps to play in a role he was more comfortable in, and Perkz could still turn bot lane into his playground.

During Worlds 2019, G2 were facing Griffin in a group stage tiebreaker match. G2 picked Zoe, one of the better champions in the meta during that time, and handed the champion over to Perkz for what turned out to be a bot lane recital.

Despite playing an even lane, Griffin decided to force a bottom lane gank since their jungler, Lee Sin, was quite ahead of G2’s jungler, Qiyana. With four Griffin champions closing toward the bot lane, Perkz’s Zoe found herself cornered with nowhere to run.

The dive started off somewhat shaky since Perkz dodged everything that was being thrown at him without a sweat. Griffin’s Xayah used a flash to make sure she snared Perkz with her ultimate, but Perkz successfully dodged a Rakan knock-up in the process.

What makes this play quite unique is that Perkz side-steps almost every skill shot that would secure a kill on him with a millimetric step. Considering how difficult it is to successfully execute precise moves one after another at this level of competition, this play is nothing short of being legendary.

The king is dead, long live the king—Perkz vs. Faker: 2017 MSI finals

Faker may be struggling to qualify for Worlds these days due to the intense domestic competition in the LCK, but he’s still one of the best League players in history.

During the prime of his legacy, the Demon King faced a young hotshot of a player: Perkz. In 2017’s MSI finals, G2 were playing the most important match of their lives against the almighty SKT.

Though most League fans knew what Perkz was capable of, no one expected him to play this dominantly  against the world’s best player during that time. Faker and Perkz played in an even lane when Perkz decided to turn up the heat with his Jayce.

As he started making more aggressive plays, G2’s jungler Ivern was also closing toward the mid lane. Seeing this, Faker decided not to force the issue and tried his best to get back to safety while trading blows with Perkz.

Perkz, like a bull that’s seen the color red, had no intentions of letting go of the Demon King and chased Faker’s Cassiopeia down to secure first blood.

G2’s and SKT’s paths crossed quite a few times. G2 repeatedly had to play against a close-to-prime SKT to prove they were worthy, and they indeed rose to the occasion.

The two teams were once again matched in the semifinals of Worlds 2019. The nail-biter of a series continued with G2’s two-to-one lead over SKT, but the fourth game of the series was closely shifting toward SKT’s side.

That was until Perkz respawned in the base as a 1/6/6 Yasuo. Anyone with even the slightest League knowledge may believe that a Yasuo with six deaths in his name and only a single kill would have little chance to win a fight. This was no ordinary Yasuo, however, since Perkz was in the driver’s seat.

Perkz rushed to the fight taking place just a few steps away from his base and masterfully executed the SKT squad with a quadra kill. Perkz had a fair share of his hero moments in the past, but this was definitely the one where he raised his fist in the air and told the world: “I’m here.”

Mechanical skills are a must-have if you’re looking to make it as a professional player. While they should be enough to make you a good player, you’ll need more to achieve greatness. Timing is what separates good from the best, and Perkz never failed to be at the right place at the right time.

During the quarterfinals of Worlds 2018, just when RNG’s ADC Sivir and support Thresh were trying hardest to dodge G2’s Jhin’s Curtain Call, Perkz suddenly appeared out of nowhere to secure the kills in G2’s name. This quick, in-and-out double kill goes to show how good Perkz is when it comes to reading actions throughout the map.

If you pay close attention to the minimap, you’ll see that RNG’s mid laner Ryze was heavily outmaneuvered since he was nowhere near making it in time to help his top laners.

Playing Ezreal can resemble writing poetry due to how careful you need to be while playing him. You’ll need to watch your every step while playing Ezreal and make sure that you’re in the right position throughout hectic teamfights, since a misstep can get you killed in an instant.

G2 were fixated against Suning during the second day of World 2020 group stages. A dead-even match looked slightly better for the Suning side since they had four Dragon Slayer buffs to their name. With Elder Dragon being the next line, G2 took matters into their hands since giving up the Elder Dragon would allow Suning to run over them.

Suning wasn’t looking to give it up either, and they slowly approached to start chipping away G2’s health. They didn’t take Perkz’s Ezreal and his perfect positioning into account, however.

Perkz played perfectly throughout the whole fight without a single mistake and was always where exactly he should have been. He dished out more than 10,000 damage throughout the entire Elder Dragon fight, which is close to being unheard of.

Even if you’re the greatest League player in the world, you’ll always need the support of your team to capitalize on your enemies’ mistake of considering you as an easy kill.

In a match against Phong Vũ Buffalo during the group stages of Worlds 2018, Perkz decided to return to base with his Akali after seeing no one was coming to push the top lane. PVB’s mid laner LeBlanc made the mistake of showing herself, however, and Perkz immediately canceled the base to nuke down LeBlanc.

Considering how slippery LeBlanc can be, the fight quickly dragged onto enemy territory, and LeBlanc used Zhonya’s Hourglass to stall. Though Perkz claimed the kill, he was now in an unfavorable position, getting chased by Olaf, Poppy, Xayah, and Jayce. Despite flashing to put some distance between himself and the enemy team, Perkz found himself surrounded.

Perkz had one more trick up his sleeve with Twilight Shroud coming off cooldown, and he started dancing around the cloud of shadows he cast with Akali. Perkz started chipping away at the four champions that were chasing him and got almost all of them to half HP while barely surviving. When the rest of G2 finally made it to the top lane, wiping the PVB squad only took seconds thanks to Perkz’s efforts.