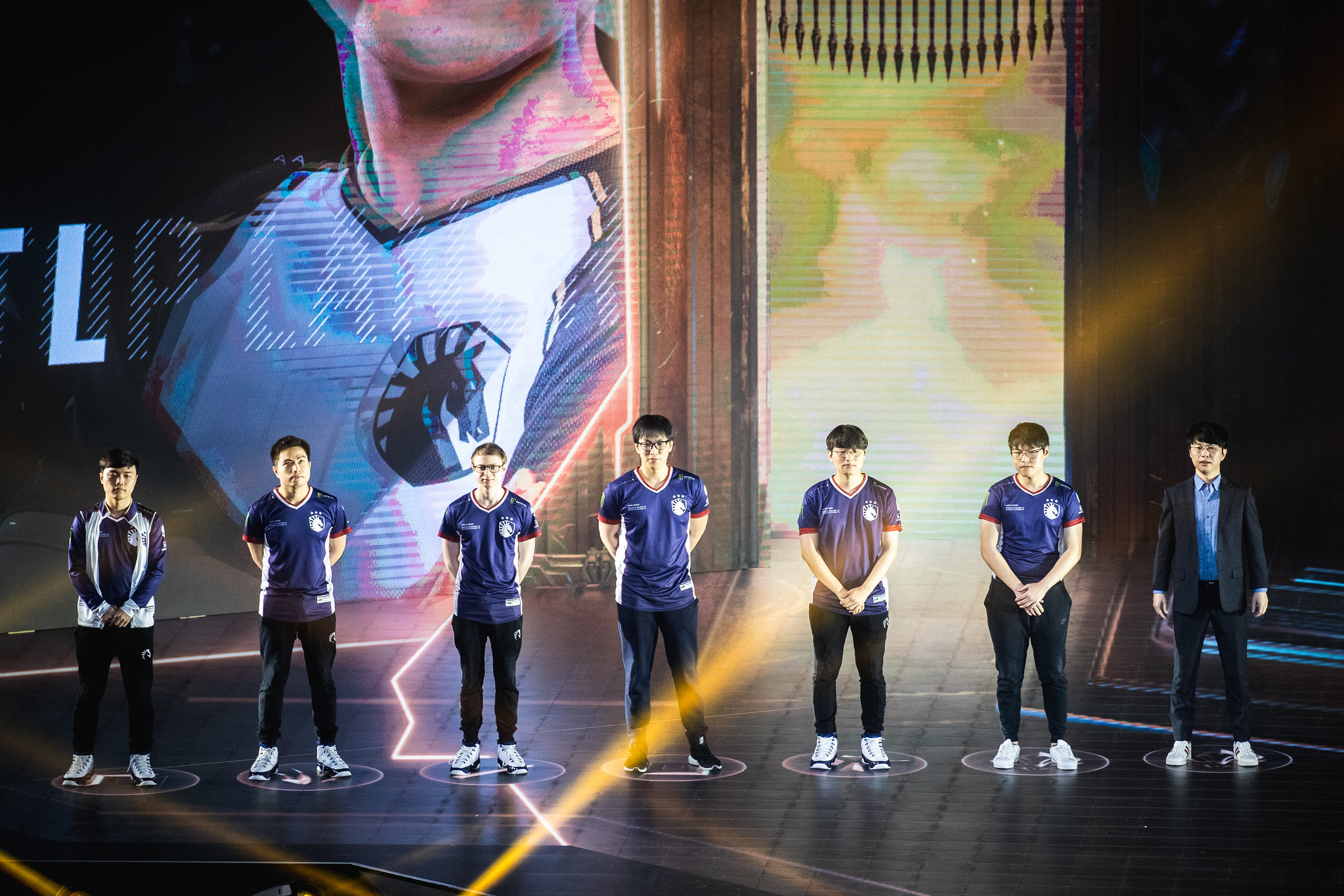 That’s how Liverpool manager Jurgen Klopp described his team after they overcame a massive deficit and an injury to superstar forward Mohamed Salah to beat Barcelona 4-0 and reach the Champions League final. Later that day, Golden State Warriors coach Steve Kerr said the same of his team after they defeated the Houston Rockets in a playoff game despite losing their star, Kevin Durant.

Related: NA should be proud of Team Liquid, even in defeat

The interesting thing about those choice words is that the coaches were describing their team’s performances before their respective championship finals. They were appreciating the journey they were on and how tough it is to win in the playoffs of any sport.

Team Liquid fans, players, and coaches should have a similar appreciation of their team. Yes, they lost to G2 in a lopsided final. But in reaching the final, they played like giants.

Here’s what the rest of North America needs to do to catch up.

Liquid’s final appearance was huge because the team went into MSI as the clear fourth-best team behind G2, Invictus Gaming, and SK Telecom T1. They were expected to be better only than a rebuilt Flash Wolves squad and the international seed, Phong Vũ Buffalo.

An upset loss to Flash Wolves really got the alarm bells ringing for NA fans. Flash Wolves were reloading after losing several star players last offseason—they weren’t really supposed to be here, either. And yet they were able to gain bot side priority over Liquid’s collection of talent.

Liquid bot laner Yiliang “Doublelift” Peng, the best at his position in the LCS, was abused by nearly every team Liquid faced. What would’ve happened to a team that didn’t even have someone as good as him? The fact that they just scraped by is worrying for other LCS teams that have less.

Looking up and down the rosters of the other NA teams besides Liquid, nearly every one has a major roster hole. The start of franchising last year led to a big influx of players from other regions, but this past offseason saw fewer big moves. On the Academy level, the only team regularly able to turn those players into LCS contributors is Cloud9.

North America already has one of the smallest player bases of any major region. If NA teams want to continue making inroads at international events, they need to keep refreshing the talent pool from all sources.

Talent is an ephemeral thing, though, and it needs to be focused before it’s useful. And in Liquid’s defense, they were able to come together during extremely tough moments in a way that past North American teams haven’t.

After that Flash Wolves loss, Liquid regrouped and won their last game against G2 to ensure their place in the playoffs. Were G2 playing a little loose on the last day with nothing left to play for? Probably. But it was still an impressive showing especially considering the tortured history of NA teams trying to make it out of groups.

Their next win over IG was even more gutsy. Desk analyst Mark Zimmerman was right—winning 3-1 was almost more impressive than 3-0, because a sweep implies IG never woke up. But Liquid absorbed a punch from IG mid laner Song “Rookie” Eui-jin, locked in Lux, and made it to the final.

That’s something we’ve harped on NA teams about for years—some of the best teams to come from the region haven’t been able to take a punch. They haven’t been able to trade sides of the map when they’re losing or defuse a Baron siege in a pinch. Liquid were able to do that and show that NA macro, at least sometimes, is more than just grouping in the mid lane.

That Lux pick was another big takeaway from MSI. The tournament was dominated by teams that were willing to play their own style, regardless of result.

The poster child for this is G2. They locked in top lane Vayne early in the tournament against IG, got whooped, and didn’t stop innovating. The top lane Pyke that Martin “Wunder” Hansen used to down Liquid was straight nasty.

The compositions that teams draft have to make sense, of course. SKT played their own stuff right to defeat as their drafts were horrible the whole tournament. The point is that within the context of your team’s strengths and strategy, you should stick to what you know. Liquid knew Lux and Skarner and other non-priority picks, and pulled it off.

You can’t just sit around with your pocket picks and expect good results, though. The best teams force action, and even though that felt like pulling teeth for Liquid, eventually they figured it out.

Liquid actually fell behind IG big-time in their first match. But instead of hanging around to get dove in the bot lane, support Jo “CoreJJ” Yon-in roamed top lane with jungler Jake “Xmithie” Puchero and got three crucial kills. IG play at such a frenzied pace that plays like that can snowball a game or even a series. When Doublelift rotated up at the end of the play, Liquid pressed their advantage, getting more kills and a Rift Herald to boot.

Of course, Liquid’s brute-force objective plays don’t always work. In fact, a lot of the time, they don’t have the lane or vision setup. That time, they did, and it paid off in spades.

Overall, the tournament was won by a G2 team that made the most plays. Whether it was flanks in the late game from that Pyke or early game turret dives, they took the most chances in advantageous situations and were rewarded. Back in the LCS, we need to see more set plays in the lane phase, smart turret trades and objective trades, and more teams forcing the action.

It won’t always work, but the best teams in the world build a DNA of making things happen on the map. Teams that try to make stuff happen inevitably fail. But they also learn how to fail in the right ways. Teams that never go for it end up losing and not knowing why.

This one’s simple. North American teams need to believe in themselves—believe in their talent, mental strength, and regional playstyle.

Will that lead to a victory at Worlds this year? Almost certainly not. It doesn’t matter how long it takes or how difficult the road is. By beating IG, Liquid showed us that NA teams can really play. It’s now up to the rest of the league to back that up and turn into giants as well.