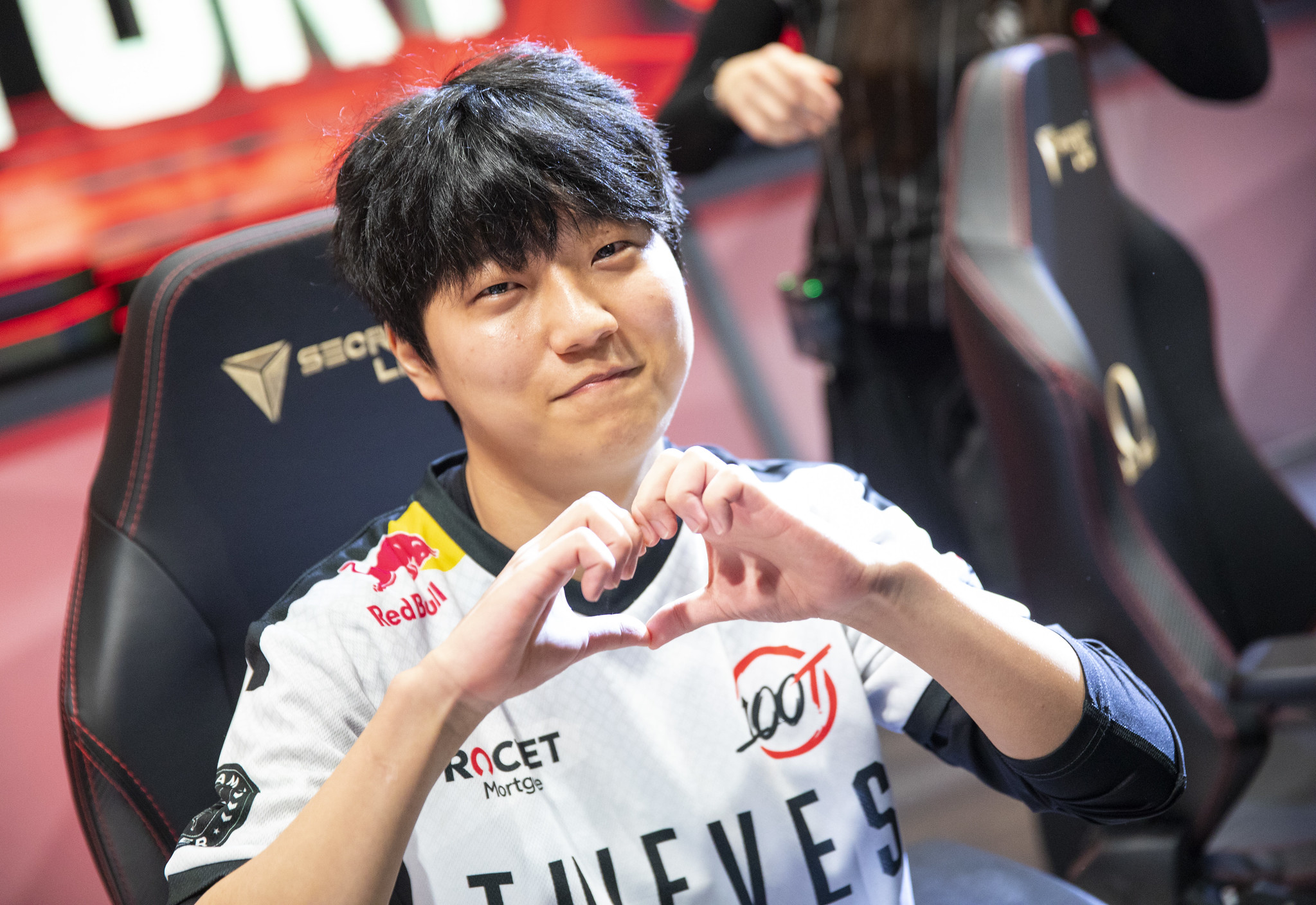 Following a back-and-forth early game, 100 Thieves picked up a well-earned victory against Golden Guardians in their first game of the second weekend of the LCS Lock In tournament.

Powerful champions made their way through pick/ban phase, most of them on the side of the veterans of 100T. Niles vs Ssumday in the top lane was a highly-anticipated matchup among fans. Into Ssumday’s Renekton, Niles chose the uncommon pick Quinn, who does well into the melee powerhouse early, but can quickly fall off if she falls behind.

Both mid laners also showcased playstyles not normally seen on the LCS stage. Abalzeolive’s Sett was a surprising pick for the role, as it’s normally seen played in the support role in favor of a strong mage mid. It went up against Damonte’s Akali, a champion that is not a stranger to having high ban rates in both solo queue and pro play.

An early three-man tower dive in the top lane by 100T was quickly answered by the same tactic bot lane by GG, lowering the gold lead by 100T from Closer’s Nidalee clears to only 1,000. This gold gap was made much larger by the constant ganks top from 100T, which made Ssumday’s Renekton an even bigger threat before 20 minutes.

A risky skirmish for the third drake gave two kills over to 100T and further cemented their path to victory. At this point, none of GG’s members were able to do any damage safely to the team of veterans. This scene repeated once more when the fourth drake spawned for soul point, as Ssumday and Damonte’s leads could not be stopped.

With this win, 100 Thieves qualifies for the quarterfinals of the LCS Lock In tournament as first place in Group A, starting tomorrow at 4pm ET. At this point, it’s not known who they’ll be facing, but getting closer to the $150,000 grand prize will certainly make the competition much fiercer.