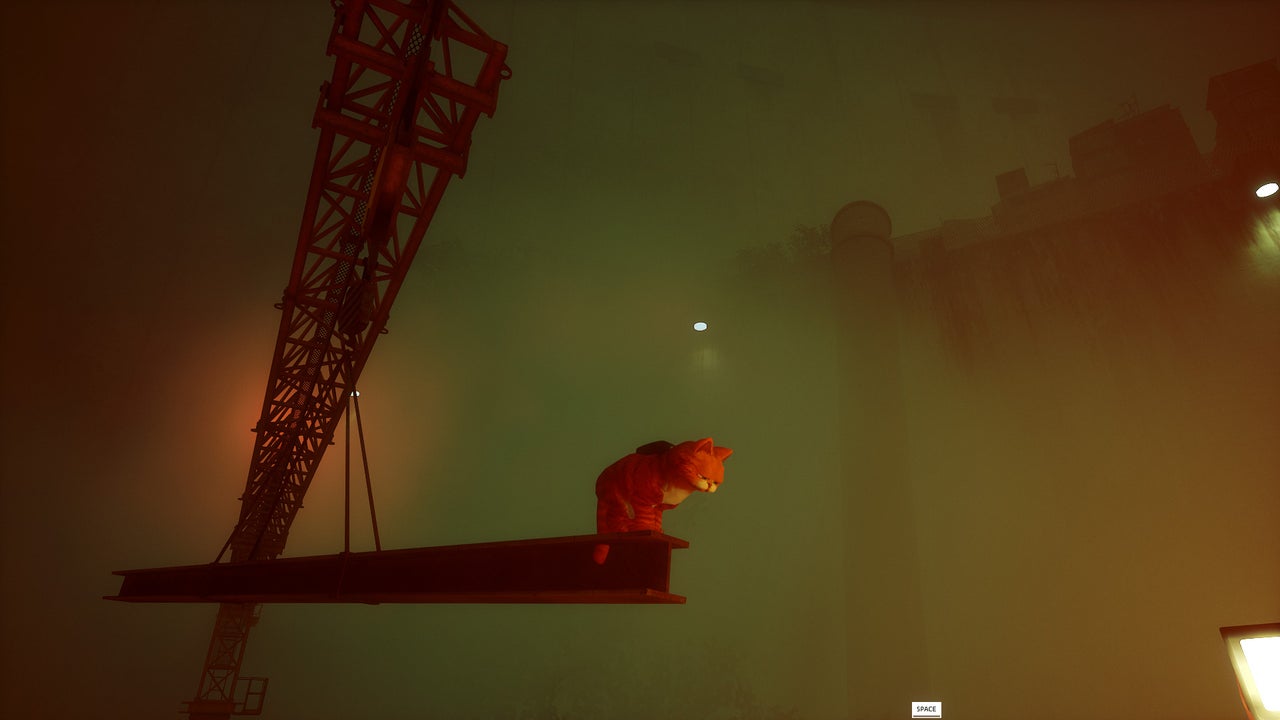 This is one of those games that manages to strike a chord in everybody’s hearts, and people are already clamoring for Stray to take its position as Game of the Year 2022, which should speak volumes about the game’s quality.

In this third-person cat adventure game, players assume the role of an orange tabby cat and traverse through the shady alleyways of a dystopian, cyberpunk city infested with neon lights and the stench of unnerving mysteries.

Just like with any popular title, Stray witnessed an abundance of modders getting their hands into the files of the game, tinkering with what they deemed fit to change the game in big and small ways alike. Quality of life mods, cosmetic mods, graphical mods, you name it and modders have probably already done it.

In this list, we will talk about a bunch of the best mods that are currently out for Stray. The mods at the top of the list are rather tame, and as we go further down the list, they get increasingly useful or straight-up bizarre.

Here are 10 of the best mods in Stray.

The first mod on our list is not a customization mod, but rather a mod that improves the quality of life in Stray. While the game is an amazing experience in and of itself, there are a few features in the game that might muddle what could’ve been an otherwise perfect experience for players, one of which being the A and Y contextual buttons.

The Muted Buttons mod gets rid of the mess that these buttons bring on-screen and replaces them with tiny white and red dots and/or triangles instead, which feel way less invasive. This mod may not be the best for players who are on their first playthrough of the game, since you’d probably want to familiarize yourself with all of the game’s basics before changing things up.

There’s very little that you can do to screw up a cat wearing a cap, especially one that’s inspired by the classic newspaper boy caps, giving our feline friend the most adorable but simple look to prowl the neon-lit streets of this decaying cybercity. The sleek leather finish may not scream “vegan,” but is most certainly what adds a couple dozen points to this orange tabby’s style quotient.

What’s great about this mod is that it comfortably works with most of the other mods that you would want to use as well, letting you don this cute cap while also otherwise customizing our reliable stray cat to your liking.

First a stylish leather newsboy cap, and now a pair of glasses; are we on the new season of Next Top Model (or should we say meow-del)? Combine a bunch of accessory mods that are compatible with each other along with the Glasses mod and you’ve got yourself a tabby cat that is completely decked out and ready to tackle the amazingly-lit dystopian world waiting for him out there.

If that doesn’t fit within your ideals, you can simply use the Glasses mod on its own and have your ginger stray look like the most intelligent paw-owner out there, which may just be more up to your speed. Either way, there is no denying the simple brilliance of the Glasses mod, which can make your cat look like it belongs in a fashion catalog or in a physics class at Harvard. Get you a cat that can do both, right?

Stray is an absolutely beautiful game, and nobody is doubting that. But there is no such thing as perfection, and there is always room to improve, which was what modder crubino probably thought of when they came up with the idea for this mod. It is fairly straightforward in its concept but the final product is breathtaking to look at.

Simple Realistic 3D is quite the basic Reshade custom shader for Stray, which makes the game slightly brighter by giving it stronger lighting effects, except with better details, shading, and post-processing effects. This makes the world of Stray embody a more gritty, realistic tone than before which almost gives the game a cinematic feel, and no one is complaining about that. The only downside is the base game may seem a little underwhelming to you after getting used to this amazing mod.

It’s 2022, folks, and what are we if not a generation that pushes for inclusivity? Yes, give us our stray ginger tabbies that have a little bit of meat on them; not every cat can flaunt a zero figure.

The default cat in Stray is charming and all—because which cat isn’t?—but there’s something about a rotund cat that captures the hearts of people everywhere; everyone likes a “heckin’ chonker,” as they say.

You would think that a larger cat would entail a decrease in the quality of stealth performance, but that, fortunately, isn’t the case. This mod is strictly cosmetic, so your chubby feline friend will be able to sneak through the dark and dingy alleyways just the same.

The game may let you experience being a cat in a lot of ways, but taking the game first-person would let you indulge in the feline experience even further. A lot of people love first-person games more than anything else, and would probably consider this mod as a clear upgrade to the game too.

While this may be a hit to a lot of players, there are some things you will need to keep in mind when using the mod, like some moments in the game that tend to remain in third-person so that you can properly see some chases or destinations. Other instances in the game may prove to be too difficult to progress through, which is where the developer suggests removing the mod file, passing the obstacle in third-person, and then adding the mod back.

Jokes aside, Garfield is probably the most iconic orange tabby out there, so it is pretty amazing—and jarring too—to play as the lasagna-chompin’ kitty that we’ve all grown to love. What’s funny is that the cat protagonist in the game is out there to save the world, being on his feet 24/7 with little time to rest. And when you’re doing all that as the lazy Garfield, it comes off as quite ironic. Hilarious nonetheless.

Even if you’re a bit of a youngin and aren’t familiar with the likes of Garfield, it’s still amusing to watch this oversized ginger tabby with half-lidded eyes trying to make his way through the post-apocalyptic, cyberpunk world of Stray.

Mods are getting more and more innovative as time goes on, but how far can they even go? How about implementing a splitscreen mode for co-op in a game that doesn’t even support co-op?

You and your buddies can now play simultaneously together in Stray. You can play using the same keyboard, or just plug in another controller to stroll down the cyberpunk city streets, paw in paw. What isn’t clear is the number of co-op players that can be added through the mod, and even developer KangieDanie isn’t sure since they ran out of controllers to test with.

The mod also only supports local co-op for now, but the developer mentions that they know of another modder that is looking into creating an online co-op mode sooner or later.

We know that there are a lot of people that love dogs more than anything else in the world. We also know of the people that despise cats with unbridled passion. Well, we’ve got some good news for both of those little communities.

The Happy Puppy mod lets players turn their orange tabby into an adorable French bulldog puppy. With how incredibly convincing this realistic mod is, you’d think this was the game’s default quadrupedal protagonist. The mod even goes as far as to change most of the cat’s meows into woofs, and developer crubino hopes to finish the remaining ones sometime in the near future, while also adding customizations such as changing the puppy’s fur.

Everybody loves the classic GTA: San Andreas, and by extension, its protagonist CJ. What Carl Johnson-enthusiasts probably did not envision happening somewhere in the distant future, is having their beloved gangster’s body contorted and on all fours, masquerading as a cat in a game set in a cyberpunk world.

Turning the cat from Stray into Carl Johnson can be extremely entertaining to some, and downright horrifying to others. The modder themself claims this mod was made in jest, saying “This mod is intended as a joke as CJ needs to be modded in any game that exists.” Let’s face it, the reasoning is rock-solid, in our opinion at least.

This mod might take some getting used to, however, especially since the first couple of minutes of the game consists of the intro where other cats are present as well. Since all of these cats share the same model as the player, this means that they possess CJ’s new body as well, just not his textures.