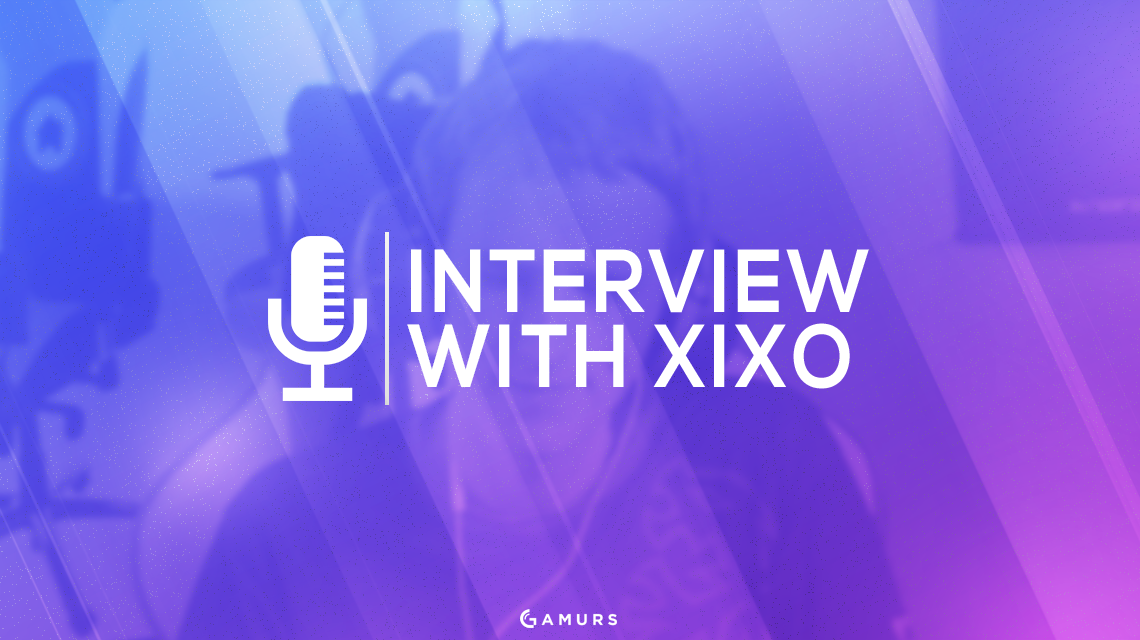 We sat down with Sebastian “Xixo” Bentert, one of the most famous and skilled players in the Hearthstone scene. Xixo, who has been with Natus Vincere for the past year, is now looking for a new home along with his teammates.

Xixo: I am Xixo, I’ve beel playing Hearthstone for almost 4 years now, I think. I’ve played for Na`Vi the past year and now we’re trying to find a new team – me, Ostkaka, Surrender and Hoej.

So you are still together, searching as a team?

Xixo: Yes, we are currently considering offers and nothing is finalized. I told my players that if they get an offer just for them, that is just too good not to take, then they are free to take it, but everyone wants to stay together so that’s the current plan.

Xixo: I’ve been playing esport games. I started with League of Legends for a long time now, but I was never quite at the top. I was decent, but nothing special, then I tried Hearthstone, tried playing constructed and two days later I got Legend so I figured I am not bad at the game and went on to give it a try.

You also tried to rush the Legend every season.

How do you approach each season, and what strategies do you use to climb your way to the top of the rankings, get legend etc?

Xixo: I usually don’t want to be stacked too long in lower ranks, so I play faster decks, but in general one of the reasons that I play faster decks is because in the history of Hearthstone faster decks have usually been better. You could also climb with control decks if they were good, but they are not so you just play Face Shaman.

Xixo: The very first season that I speedran, I climbed from 25 to Legend with Control Warrior in one day. Back then Control Warrior was good so I enjoyed that, but I don’t really have a style, I just prefer decks that win because I don’t really enjoy losing. So, that means that in the past two years it’s mainly the aggressive decks that win games. I think that the meta is not good and I think that the main reason is that it’s going on for too long. Karazhan didn’t really change things up, the decks we are playing now are pretty much the same decks we’ve been play before like one year or so. I think we need a change.

Xixo: That’s a tough one, let me think…I guess the obvious change would be like Yogg or Tuskarr, but I think the main point that needs to change is the frequency at which the meta changes. I think we need more risky cards. Blizzard can bring more risky cards if they are aiming to fix them. Yogg was a risky card, but it didn’t work out, and we don’t really like Yogg-Saron. Balance changes have the issue that they might be annoying for newer players. Changing cards too frequently wouldn’t be too great, but I think some cards could be changed more often and we need less bad cards in expansions. Like 80% of the cards that are being released will probably never see competitive play, so we just need more good cards.

So, for the past couple of months, you have been considered as one of the top players and favourites to win every tournament you participate in. How does it feel when people have even more expectations for you, does it make you anxious about performing?

Xixo: No, it’s like I can only do so much. In every card game you can’t plan on winning, you always know that there is a chance to lose. I try to do my best, and I’ve been doing the same for three years now. I don’t care really much if people expect me to win, it’s nice to know that they have some faith in me, but I’ve always tried to play my best.

Na`Vi recently dropped the entire roster, including yourself, how did this come to you? Was it a surprise or something you expected?

What are your goals for Hearthstone this year and the first months of the upcoming year?

Xixo: Well, I’ve won a big tournament this year, I can’t make BlizzCon this year, so there’s nothing big I can win for now. We just bid to perform as in the last months and hope to get another one or two tournament wins. We didn’t book DreamHack Winter yet, because they are very crowded, sometimes it feels like it’s too crowded and it gets too long to play the best Hearthstone you can, so it’s not the tournament that we are really looking forward to. We prefer to play the best and we can’t guarantee that we’ll play to our abilities. We’ll probably go but we are currently deciding as a team if we want to go there or not.

Xixo: Let’s start from this one question “How to prepare for tournaments and stuff.” I think the most important part is to trust your feelings about the match-up, don’t go in any site, just pick the win percentage for that class and trust that. In your line-up, play the decks that you think are good against what you expect people to play.

You are a castaway in a remote, isolated island, You have to choose one Hearthstone personality to help you survive, who would it be?

Ok I think we can wrap it up. Any final shoutouts?

Xixo: Yes, shoutouts to you for having me and to my teammates Surrender, Ostkaka and Hoej for being supportive and productive in searching for a new team together.

What are your thoughts on Xixo and his current situation? Let us know in the comments below or by tweeting us on Twitter @GAMURScom.