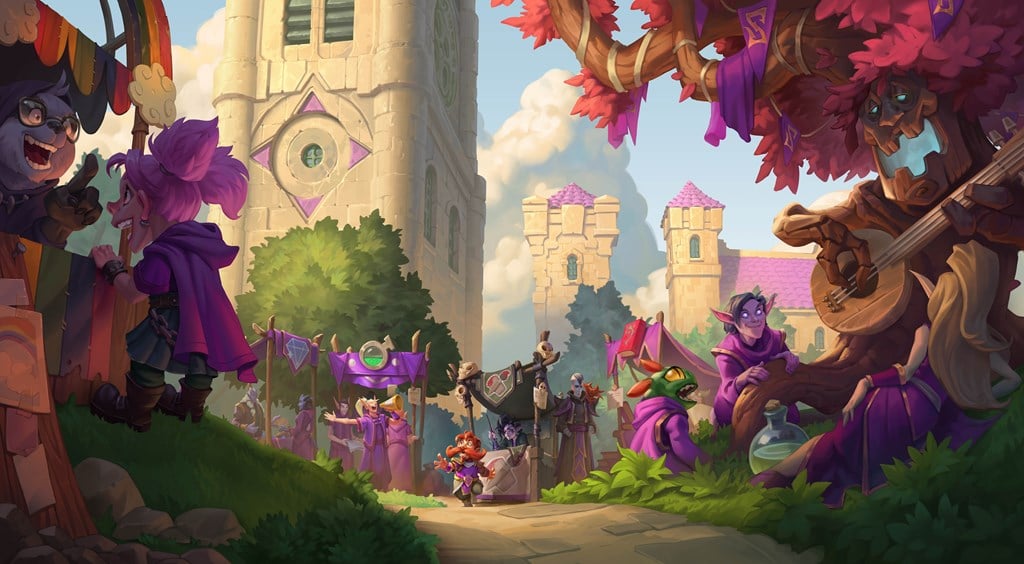 Hearthstone’s Scholomance Academy is less than a month away and the card reveals keep coming. The latest card that was shown off today is an Epic Shaman minion that’s bound to get your attention.

Totem Goliath is a five-cost 4/5 Shaman minion with a Deathrattle and an Overload of two. After Totem Goliath dies, it will summon all four Basic Totems. This means it will summon the totems that are associated with the Shaman class’ basic Hero Power: the Healing Totem, Wrath of Air Totem, Searing Totem, and Stoneclaw Totem.

Throughout the Ashes of Outland expansion, Shaman struggled to find a significant spot in the meta. As always with a new expansion, players can expect the metagame to be flipped on its head when Scholomance Academy goes live. Shaman players likely hope this expansion will bring a dose of power back to a class that could use it.