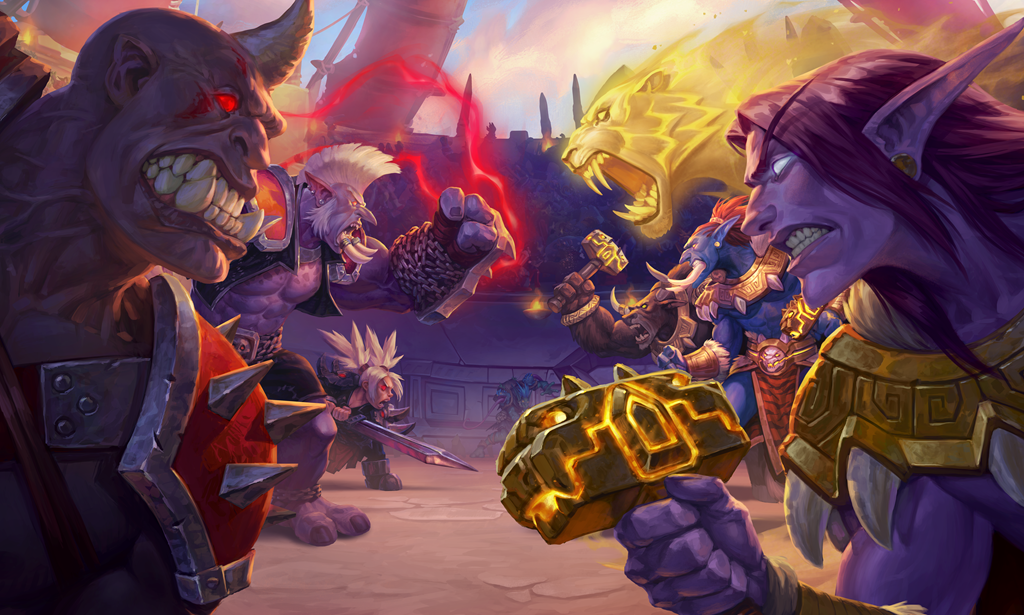 Hearthstone adds a Tavern Brawl every Wednesday that players can participate in and earn a classic pack by winning. While some Tavern Brawls offer new and exciting challenges, this week brings a familiar experiment back into the Tavern Brawl: The Outlandish Burndown.

This week’s Brawl is in conjunction with the Felfire Festival. It’s the Tavern Brawl’s third appearance in Hearthstone.

The Outlandish Burndown gives players a random deck from any class and is constructed based on a theme from the PvE adventures. The winner passes down their deck to the loser. After each game, the number of wins for both your deck and your opponent’s deck will appear in a stats screen.

It’s too early in the week of this Tavern Brawl to tell which deck is the strongest, but some of the best options will either be aggressive builds that can curve out well (like Mercenaries 280 in the original Brawl or The Silverhand 1 in the Rekindled version of the Brawl) or a deck that can answer the strongest, most popular builds (like Dragons 381 beating Mercenaries 280 or Big Demons 503 being favorable against The Silver Hand 1).

There are two ways to approach this Brawl. You can try to claim an early victory by winning with your given deck or you can try to let yourself get infected if you see you’re playing against a strong list. If you’re going with the former strategy, you should always try to mulligan aggressively for an early playable curve and win before your opponent can answer your boards. If you’re aiming to play the Brawl a lot and go for the latter strategy, every time you lose, take note of the opposing deck list. If you do this, when you play with it in the following Tavern Brawl game, you’ll have an idea of what powerful cards to look for.

Players have until next Wednesday, July 1 to earn victory and get a free classic pack before next week’s newest Tavern Brawl, The Rumbledome Tavern Brawl, arrives.