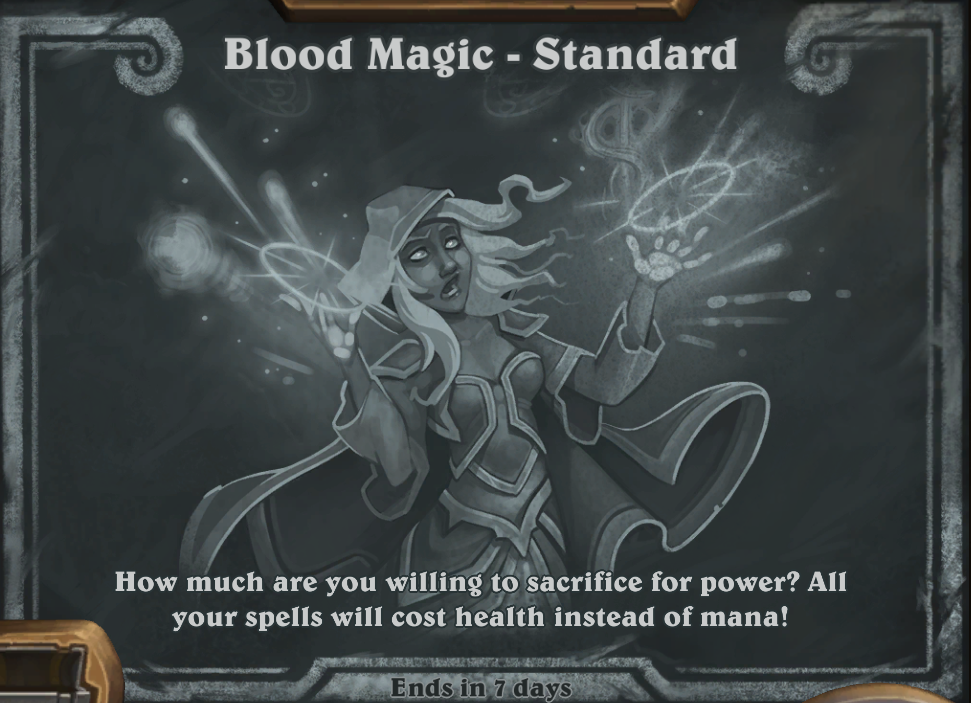 Every Wednesday, Hearthstone’s Tavern Brawl mode brings a weekly challenge that players can participate in to claim a free classic pack for winning. This week’s Tavern Brawl, Blood Magic, is making its fourth appearance, but this is the second time it’s a Standard edition.

Here’s a sample Druid deck that you can try in this Brawl.

To use this deck, copy it to your clipboard and create a new deck in Hearthstone.

In this example list, there are multiple spells that summon many minions for you. Once your board is wide enough, you can often destroy your opponent with a Survival of the Fittest. Overflow serves as refuel and health regeneration to allow you to cast many more spells.

Knowing when to sacrifice Health for tempo is the key to succeeding in this Tavern Brawl. While your Health may get low, as seen in the example screengrab, you can usually end your opponent before they have a chance to respond or win the game.

Here’s a sample Mage deck that you can try in this Brawl.

To use this deck, copy it to your clipboard and create a new deck in Hearthstone.

In this example for Mage, you can use your Health to ramp out your spell damage minions with Primordial Studies. This allows you to gain more card advantage through cards like Cram Session and Arcane Intellect. If you find Incanter’s Flow early, it’ll save you a ton of Health in the later stages of the game.

Players have until next Wednesday, Sept. 16 to win and get a free classic pack before next week’s Tavern Brawl arrives.