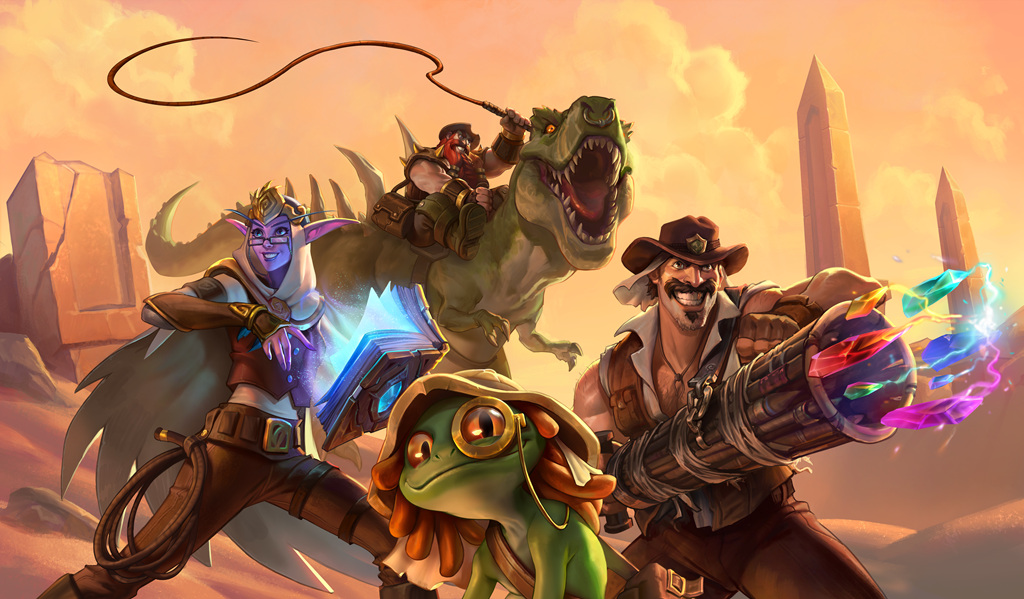 Hearthstone’s Doom in the Tomb event is in full swing, and the second week of spooky Tavern Brawls is here. Beginning today, fans will have one week to play as the League of Explorers and try their hand in the Haunted Temple.

“The Headless Horseman is haunting the tombs of Uldum,” the Tavern Brawl’s description reads. “Fight to his lair…if you dare!”

This week’s brawl serves as the second half of the Doom in the Tomb dungeon-style run for Hearthstone’s Halloween event. Last week, part one allowed players to travel to the Haunted Temple with the League of EVIL. For part two, players will take on the dungeon but as four additional new heroes: the League of Explorers.

Players will still be able take on five new bosses as members of EVIL, but they will now have the option to play as Reno and his squad of heroes, including Finley, Elise, and Brann. Each hero comes with its own premade deck and hero power.

Those who complete the run in under one hour will receive a golden copy of Temple Berserker, a two-cost 1/2 minion with reborn and an additional two attack when damaged. Players who manage to complete the run in under 40 minutes will receive a golden copy of Generous Mummy, a three-cost 5/4 minion with Reborn. When Generous Mummy is on the board, the opponent’s cards cost one mana less.