How could it not be with that catchy tune? 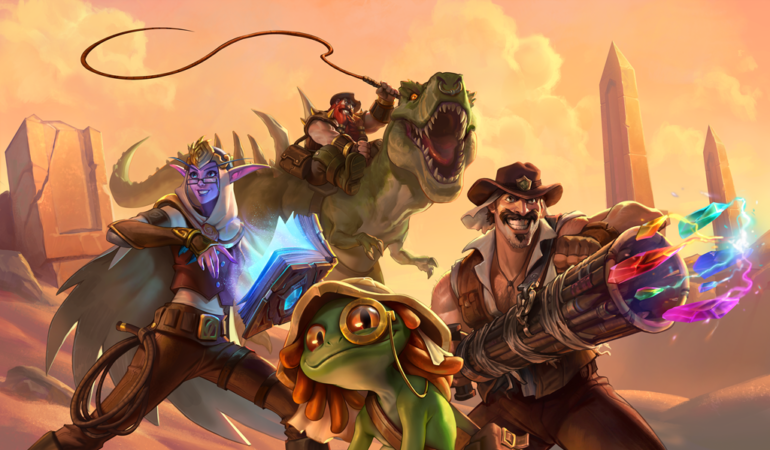 If you can’t get enough of Hearthstone’s new Saviors of Uldum cinematic trailer, you’re not alone.

A time of writing the video has over 4.6 million views on YouTube and is the game’s most-watched trailer to date.

The trailer dropped on July 1 and followed a format similar to that of a music video. The track included with the trailer had shades of Bonnie Tyler’s I Need a Hero and was more than enough to get the community hyped. On top of the trailer song actually being solid from a musical standpoint, the video also confirmed that our next expansion would be ushered in by the League of Explorers.

Elise Starseeker, Sir Finley Mrrgglton, Brann Bronzebeard, and Reno Jackson will all be returning for Saviors of Uldum to help save the day. Much like how the EVIL characters from Rise of Shadows are associated with a particular class, each member of the League of Explorers will also be closely tied to a specific class.

When the trailer dropped, Blizzard definitely noticed the attention. A few days following the release of the original trailer Blizzard release a 10-hour version that plays the song and video on a loop. This is a great way to allow people to channel their hype for Saviors of Uldum during their every waking moment. The extended loop version of the trailer has around 200,000 views at the time of writing.

You can find out Reno and company have in store when Saviors of Uldum drops on Aug. 6.