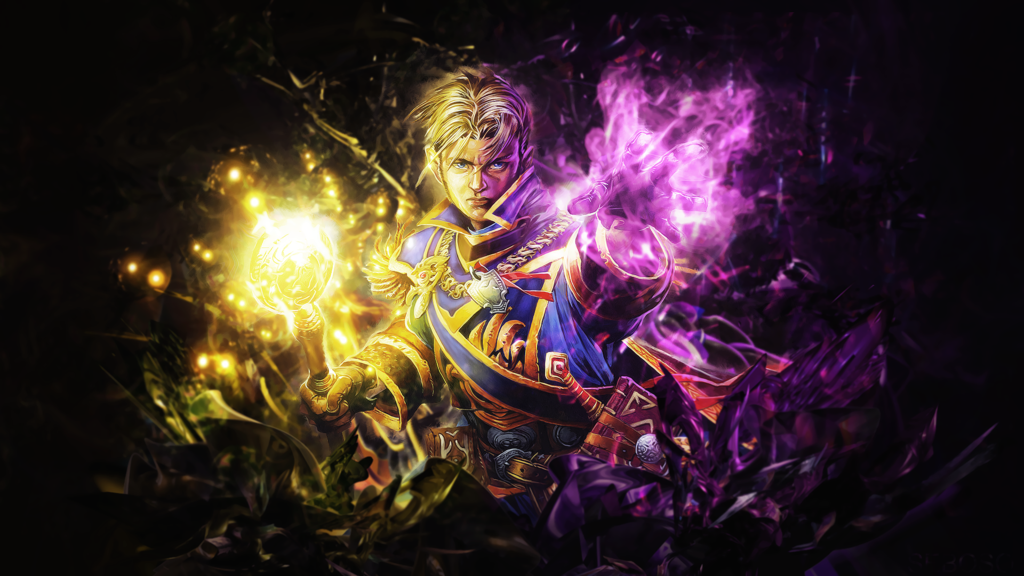 Anduin Llane Wrynn is the heir to the throne of Stormwind. He is named after two venerated figures of Stormwind history: the legendary Anduin Lothar and his grandfather, King Llane. The son of King Varian Wrynn, ten-year-old Anduin was given the crown in order to maintain order when Varian disappeared en route to a diplomatic conference at Theramore Isle; however, real power resided in the hands of Highlord Bolvar Fordragon, the Regent of Stormwind, and Lady Katrana Prestor, the Royal Advisor. Valeera Sanguinar is known to have taught Anduin his excellent dagger skills. She is also a bodyguard to him.

Argent Confessor Paletress is a human priest who can be found in the Argent Pavilion at the western portion of the Argent Tournament Grounds. Periodically, she gives a speech to the various praying faction Champions. After this, behind the Confession Screen, she receives the confessions of some of the Champions present in the room. Her name, as well as her appearance, is a reference to High Inquisitor Whitemane. For one, the confessor’s outfit looks incredibly similar to Whitemane’s, but differently coloured. The name is also very similar, in that they both refer to hair.

Velen has been the leader of the Draenei people since their flight from Argus 25,000 years before the first orcish invasion of Azeroth. As his title suggests, he has been granted the gift of prophecy, and — aided by the Light — has guided his people as they fled from, and later fought against, the Burning Legion who had ensnared their Eredar brethren. He is first among the Draenei and is the nemesis, Kil’jaeden. Velen is known and respected for his immense wisdom, compassion and magical prowess.

The name Velen may be related to a character from the sci-fi television series, Babylon 5: Valen. Several general details between the two characters seem similar. Velen is voiced by Alan Shearman.

The shadow hunter Vol’jin, son of Sen’jin, chieftain of the Darkspear tribe, rightful ruler of the Echo Isles, and a staunch ally of former Warchief Thrall. After the Echo Isles were conquered by the traitorous sorcerer Zalazane, he resided in Orgrimmar at the side of the Warchief, later fighting alongside him during the Battle for the Undercity. After years of exile, Vol’jin led an attack against the Echo Isles to end Zalazane’s evil rule and retake the lands that Thrall had promised them. There is little known about Vol’jin’s personality. To date, Vol’jin is the only racial leader of the Horde to whom Thrall has given the distinction of requesting his presence at Grommash Hold. Vol’jin has also been shown to be very loyal, staying at the Warchief’s side despite the troubles faced by his tribe. It also seems that Vol’jin is a very powerful Shadow Hunter, using voodoo to transform Rexxar, Rokhan, and Chen Stormstout into invisible wyverns, a feat which has never been seen before. Vol’jin is very patient and most see that as a weakness, but Vol’jin’s strategies never fail. Following Garrosh’s defeat in the end of Mists of Pandaria, he assumed the role of warchief for The Horde.

Which one of these exceptional Priest characters is your favourite and why? Let us know in the comments below.

Stay tuned for our next part of the series featuring Garrosh Hellscream/Magni Bronzebeard and their legendaries.