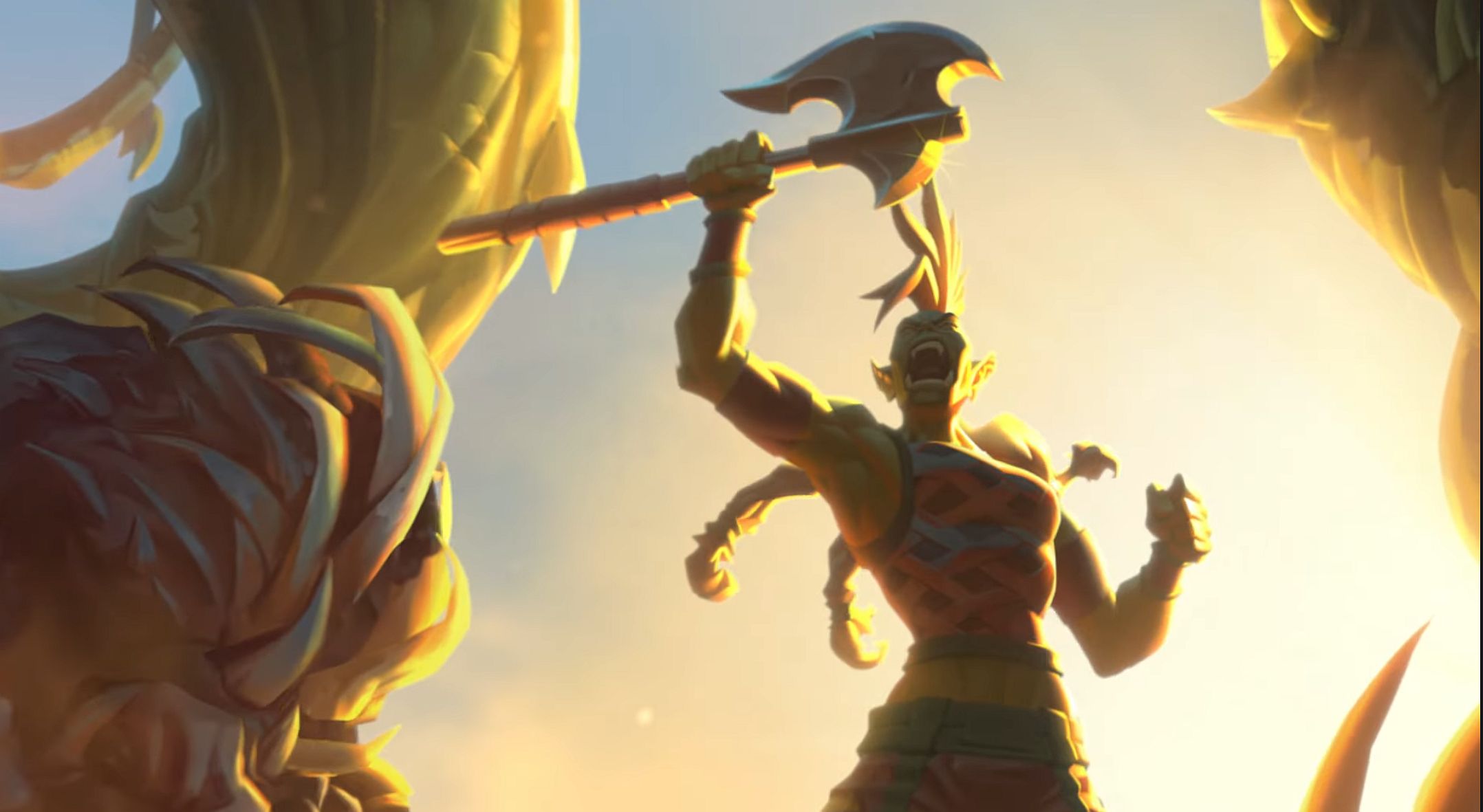 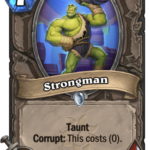 Corrupt cards in Hearthstone allow you to upgrade those cards if they’re in your hand and you previously played a card with a higher mana cost. While some cards with Corrupt are quite weak and don’t feel that impactful, others are elevated to a whole new level through the keyword.

These type of cards were recently introduced to the game, but they’ve been making a name for themselves with Warlock being the most notorious class and benefiting from most of them. Cards such as Tickatus, Strongman, Cascading Disaster, and Luckysoul Hoarder have propelled the class to new heights.

Here are the best five Corrupt cards in Hearthstone.

Cascading Disaster is a pseudo board wipe if played during the late game. If you play two cards with a higher mana-cost than four while it is in your hand, you’ll upgrade it twice to destroy three random minions on board for only a four-mana cost. It’s one of the strongest removals in the game and while you won’t always have the option to wait it out, you can still use it early on to destroy one or two minions for only four mana.

Strongman is a Common seven-mana card with 6/6 stats, but its Corrupt effect reduces its cost to zero, allowing you to play it easily after wiping the board with Twisting Nether. It’s one of the most overlooked creatures right now and can benefit various decks.

The three-mana cost Luckysoul Hoarder is decent by itself, since it has 3/4 stats for such a cheap cost, but it’s very strong due to its two effects. The first one is shuffling two soul Fragments into your deck, which will restore two health when drawn later on, and the second one is a card draw. For three mana, you get 3/4 in stats, four health restored later on, and a card draw. The value is enormous.

Ring Toss is a lackluster card if not Corrupted, allowing you to Discover one Secret and cast it. But when Corrupted, you get to Discover two cards, which makes it very strong. You can adjust based on board and get two powerful Secrets to counter your opponent’s next turn.

Tickatus is a self-mill Legendary card with powerful 8/8 stats for only six mana. But if played in a Control deck and Corrupted, you mill your opponent instead. With Control Warlock dominating the meta, this card is very powerful if you intend to go for the late game. You’ll have a card advantage and fatigue less compared to your opponent.