Today we feature an article from Joseph, who will talk about the art of creating original and custom decks – the art of ‘Brewing’.

The Art of the Brew

Joseph Scalise here to discuss what I consider a very interesting topic. The official launch of Hearthstone (along with the first real season) is officially underway and there is no doubt that most players are even more excited about reaching Legendary (I want those card backs!).

Ranked is what draws most players to the game, and, while there are many top tier decks out in the world right now, there is also an art to climbing the ladder. When it comes to ranked play there are two camps of players. There are the net-deckers, the people who take the best decks and try and figure out which one they want to play. And, while there is nothing wrong with that camp, today’s article will not be focused on those people, today’s article is for the other type of players, the brewers.

In layman’s terms, brewing is a term that refers to building a deck that, while it may have some basis in the already existing metagame, is an original idea or uses original cards. Brewing is one of the most intriguing parts of any TCG, as it is so much more rewarding to climb the ranks with a deck that you put together and came up with than simply copying and pasting the flavor of the month.

There is also another element to brewing, which is finding out how to make a viable, competitive deck without having to spend all of your hard earned money. Since Hearthstone became on open beta I have climbed the ladder to rank 5 or higher in two test season, and did so with original decks that required no legendaries. How? The answer is learning the metagame, testing different cards, and putting together a strong, competitive deck. Learning what works and what doesn’t in brewing is a very important lesson, and the difference between brewing a deck that works and one that will knock you down three ranks before you know what happened.

Many people always ask me this question, and the answer never easy. I have encountered many of my friends who say “why would I spend time coming up with an original deck if I can just play the best one?”. And this is a very good point. The truth is, it’s all about your own style and what you are looking for in a game.

Personally, I am a huge fan of originality, and deckbuilding is not only one of my strengths, but it is one of things that make TCG’s so fun. If you are tired of the usual hunter, warlock, warlock, warrior, hunter grind on the ranked ladder and you want add some variety to your life, brewing an original deck is a great way to do it. It is always fun winning games (there is no denying that) but winning games with a deck that you haven’t seen before or with cards that you’ve been dying to play with is a very rewarding experience in it’s own right.

Brewing is not for everyone, but in a game like Hearthstone, where the meta can be very repetitive, it is a fun way to challenge yourself while also bringing new flavor to the game.

I know this sounds like a very odd topic (as there is no specific way how to brew) but there is a method to brewing a successful deck. The first and foremost part of building an original deck is understanding the metagame.

For instance, as of right now on the ranked ladder the legend

Harrison Jones sees a good amount of play. Normally Harrison Jones is not the type of card you want to play, as a card that situational is almost useless in most matchups. However, because of the popularity of weapons (such as

Eaglehorn Bow) the card has so much upside that it’s a good choice for the current metagame.

When putting a card into a deck (or experimenting with a new card) you have to ask yourself two questions.

This seems like a very obvious thing to ask, but it is very important to note when dealing with a card. Why? Well, you never want to use a card just to use the card, there has to be specific reason for you to put it in your deck. For instance, one of my friends, due to the giant rise of Zoo decks on the ladder, has started playing 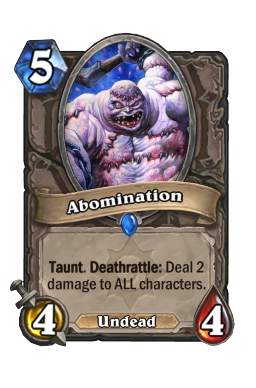 Abomination in his five slot, and it’s worked very well.

Without silence it is a very hard card to get around for aggro decks, and can really lead to some miserable situations. As such, he has an answer for “Why is this card so good?”. However, if you are trying to force a card just because you like it or because “other people are playing it” then it may not be the right fit in your deck.

The Hearthstone metagame shifts so much it is hard to say what the strictly “best” cards are. Most players stick to the flavor of the month, which causes the way decks are built to shift. One example of this is that druid decks almost always included

Force of Nature during the last two test seasons, whereas now the decks that still have that combo are few and far between. The way I see it, is if the top decks can make shifts to their card pools so often, there is no reason a new or original deck can’t make it into the metagame.

2. “What happens if this card does nothing?”

This is perhaps the most important brewing question of all time. Before deciding to put a card into a deck you always want to weigh the risk/reward. For cards such as 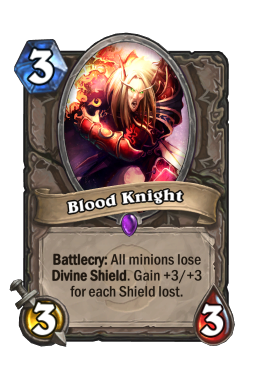 Blood Knight or Harrison Jones, which are really good in some situations, you need to ask yourself what happens against decks they cannot effect.

Blood Knight is a very good card in some situations, but not only is it weak when there are no divine shields in play, it also gets hit very hard by silence. However, Harrison Jones, even when your opponent will have no weapons (Mage, Priest, Warlock) he still is a beefy five/four. That, compiled with the fact that he can straight up win you other matchups (Warrior, Rogue, Hunter) makes Harrison Jones a very solid choice for the current meta.

If you know what decks you are likely to see (and at this point in Hearthstone you usually should), and if you know how these decks operate, you have a good starting place for an original deck. It is here where you start a foundation for brewing and figure out which cards, and more importantly, which don’t.

There are two methods of brewing a deck that will you get you up the ranked ladder. The first of these methods is what I call the “blueprint”. That is, to take an already existing archetype and add a twist to it. This does not mean just replacing one card (such as the case with Harrison Jones) but modifying some key cards in a deck to give it a different feel or make it more competitive.

One example of this is, when brewing my control Paladin deck, I realized that Young Brewmaster gave the deck a lot more value, strength and playability than it normally had, which made it better overall. One of the strongest advantages to brewing a deck is surprising your opponent, and playing cards they won’t expect. If you are playing the shell of a deck that everyone has seen before (such as Control Warrior) your opponent will assume they know the thirty cards in your deck and prepare as such. However, if you have a twist on the deck, that can then catch your opponent off guard and win games because of it. The “blueprint” variety is a great way to go if you have had a desire to test out certain cards, but don’t have an idea to build a deck from scratch.

The second approach to brewing is the most literal sense, that is building a deck from scratch. Honesty, while there are many who would put down this idea, I find this style of brewing to be the most rewarding. However, it should also be noted that it is the most frustrating as well.

I find that often people get discouraged during their first few games with a new deck, and if they don’t see immediate results, they give it up. I strongly discourage this style of play, not only because it prevents people from brewing new, exciting decks, but because sometimes it causes people to give up on good ideas. You really have to work at coming up with a new deck, it isn’t something that’s going to happen right away. Losing to aggressive decks? Try to put in an

Ancient Watcher package or maybe more taunts. If you have no way to deal with

Tweaking the numbers and finding creative uses for cards it what brewing is all about. In terms of building an actual deck, I would almost always start with a class you either like or are interested in playing with (as you are going to want to work at a deck that intrigues you the most). Then look at the meta, take what you know, and play games with brewing in mind. During games think “this card would be really good here” or “This card would really go well with this”. This is the kind of thinking that leads to new, interesting decks and gives rise to things such as Reynad’s Zoo (who made a breakthrough when including 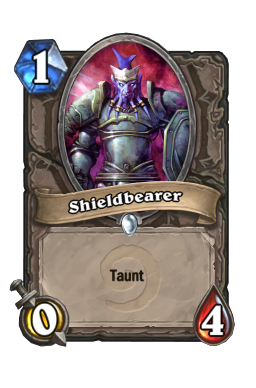 Things may not always come right away, but will a little work and understanding of the meta, brewing a deck is something that almost anyone can do.

Remember, brewing is not just about coming up with the more “out there” style of deck, but rather doing something new that people (or sometimes just you) haven’t seen before and making it competitive.

Hearthstone is a game that many people complain about being “stale”. However, mother is the necessity of all invention and if you are tired of playing the same decks over and over, do something about it. Yes, there will always be cards that don’t work, but there are many epics, legends and rares that don’t get the time of day because they are not “popular”.

Brewing is not for everyone, but it something that I would highly recommend. It bring variety to the ladder and can get you more interested in playing ranked. Hearthstone is relatively new to the world, and even so there are still plenty of cards to experiment with in the current game. This will only improve and expand once more cards are released and the expansions come out. Your deck may not be entirely original, and it may have elements that have been done before, but that doesn’t mean you can’t make it your own. Until next time, may your ideas always work and your originality thrive.