Hello Fellow Hearthstone players and welcome to my weekly article on Tavern Brawl covering week 52 of 2015 and our last one this year and our first one for the New Year in 2016.

“Dungeon bosses want to help you play! Build you own deck but get a random boss power. Each time you use the boss power get a new one”.

This week you create your own deck so the Hero you pick will be the only hero you can use but you can make changes to the deck list. Hero you can pick any hero you want. This week I am going to go with the Priest as my hero as I often due. I like being able to run different versions of Priest which can yield a nice win rate in the current Meta. I started out with a Dragon Priest type deck but quickly realized that inspire is powerful in this format and every hero I faced was playing inspire cards. After a quick few games against 1x Paladin, 1x Hunter, 1x Priest, and 1x Warlock I ended up winning one and losing three while changing the deck every game to focus on hero power synergy with inspire cards and cards to reduce hero power such as 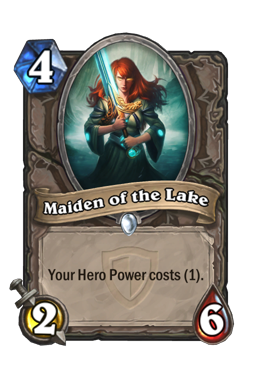 maiden of the lake. The inspire cards I saw and used where the following: 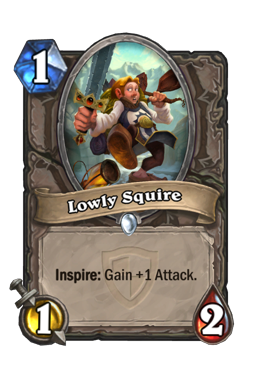 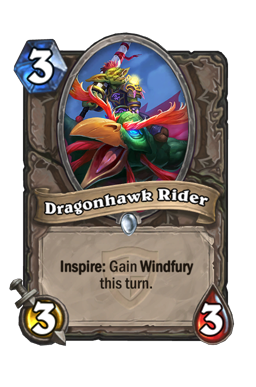 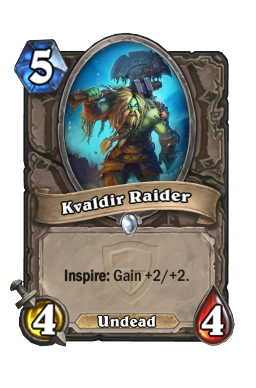 As I stated above I wanted to focus on inspire, spells, hero power, and minions so a hybrid type of agro deck that I tried to synergize with the random hero powers to follow.

The games were no that quick and all of them went to turn 7 or higher for me or the opponent. The choices for inspire were many and I even contemplated healing spells since you do not get the Priests normal hero power of healing. Whichever design you decide to embrace I recommend at least some inspire cards and Hero choice seems to be any in this format.

While using the Priest at first it was difficult in the beginning but as the deck evolved the win rate for became more normalized in the 50 percent and above win rate. Having a different hero power every time you use one is a little difficult find deck synergy. The list of hero powers with their function I saw is as follows: decimate-change all enemy hero’s minions to 1 health, activate a random tron, poison cloud-deal 1 damage to all enemy minions and if any die summon a slime for each one that died, flamewaker- summon 3/3 acolyte, summon 3 1/1 dragon whelps, draw a card summon a mana crystal, return a random minion to owners hand, wild magic- put a random spell from your opponents class into your hand, and pile on – put a minion from each players deck into the battlefield. As you can see a lot different routes you can take for your deck once you have chosen a hero.

One I started playing it got very interesting right at the start. I had a deck idea that simply was not going to work in this format. I started with my stable Dragon Priest modified to my playstyle. I got owned right off the bat by a hybrid secret, agro, inspired Paladin. I was caught off guard to say the least. The results were the same the first few games. I realized I was going to have to make some drastic changes to get The Priest to have some king of chance to win as my first deck was not making the grade. I decided to make changes slowly after every game. After four deck modifications I got it to above 50 percent win and I was satisfied at the results. I did try Paladin and found it to be a better choice for this format in my opinion. Since I have access to multiple accounts I was able to narrow down to the Paladin as my favorite in this format. I know it’s difficult when you have to choose up front your hero class but that is one reason I write the articles to give you guys an insight before you choose. I am also able to give you deck ideas since I play Tavern Brawl right when it comes live. I apologize that it takes my article a few days to hit the site as writing is not a five minute process and some formats are easier to write on than others. I also make mistakes in the code that I miss but have to correct before the article hits the players on the website. The other hero I faced were not standard rank decks but modified versions of them for this format. I am confident you can with any of the hero’s but it may take some time to tweak the deck list but with plenty of neutral inspire cards and running hybrid versions of the ranked deck lists should yield at least a fifty percent win rate simply due to the randomness of the hero powers for both players. Keep in mind the hero power does not change until it is used and if you have enough mana you can use the hero power multiple times in the same turn. I think agro does well in this format, I did not see much control type but faster agro type decks. I went with agro and it worked best for me.

In the end after few hours of play it became apparent to me this is one of the harder Tavern Brawls for me since they started doing these. I know it may be easier for some but I struggled with this one. I know some may give up at beginning but keep at it and you will earn you free classic pack. Just keep tweaking you deck as needed and you will get a win I can almost guarantee it. The final deck list I ended up with and listed was the version that started to win. I think my deck will continue to change to improve the win between now and Monday when this Tavern Brawl ends. Until next week Happy Holidays and I wish all Hearthstone players better win rates in the upcoming New Year. I encourage all players to become premium members on the Hearthstone player’s dot com website as it supports everyone in their game knowledge and it will help the writers to keep you guys up to date on what’s happening in Hearthstone. Peace out from Texas.