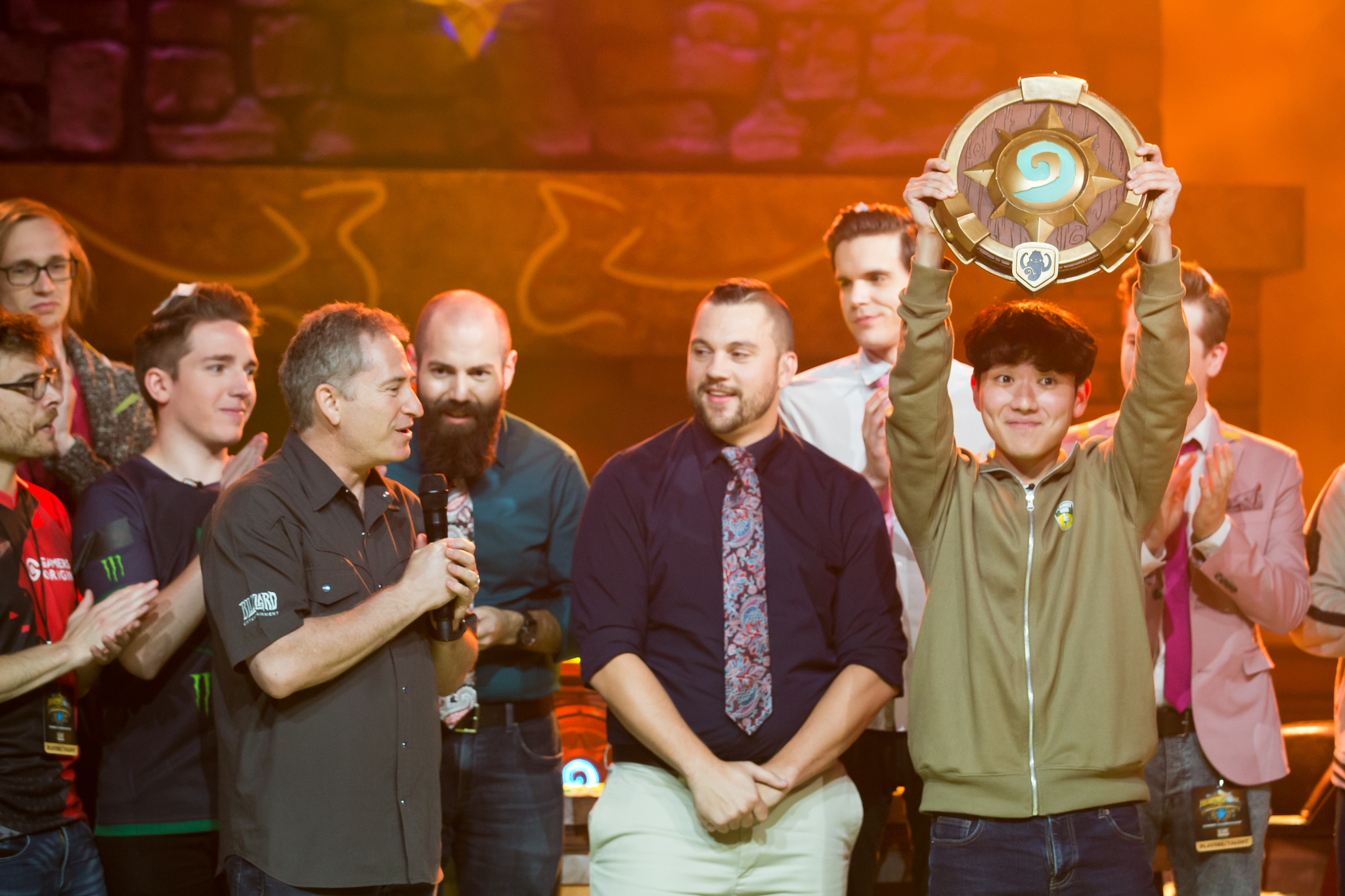 There were few surprises in the final Hearthstone Championship Tour event of the year, as four of the biggest names in the field claimed spots in January’s World Championship.

The final went all five games, coming down to a Highlander Priest mirror match in the deciding frame. Orange attempted an audacious play to mill Surrender’s key cards, but was unable to turn the tide in his favor.

Surrender takes home $60,000 for his win, while Orange pockets $40,000. The win takes Orange to fourth on the all-time prize money standings, with over $220,000 to his name. Both players will also take part in January’s World Championship.

They will be joined by the two defeated semifinalists. Ryan “Purple” Murphy-Root will return to the World Championship after a disappointing group stage exit in 2015, while Jason Zhou became the first Chinese player to qualify.

One player who did not make the top four is reigning world champion Pavel Beltukov. After losing in the group stage of the Winter Championship Pavel got another shot in this tournament, but lost to Orange in the quarterfinals. The two players had prepared together for the event and had the same deck lineup.

Surrender’s win is also significant for his team Planet Odd, as they are currently the only team to have two representatives in the $1 million World Championship. Surrender’s teammate, Frederik “Hoej” Nielsen, won the Spring Championship in July.

Those players will join Winter champion Aleksey “ShtanUdachi” Barsukov, Frank “Fr0zen” Zhang, Samuel “SamuelTsao” Tsao, and Julien “DocPwn” Bachand in Amsterdam on Jan. 18-21 to compete for the biggest prize in the game’s history.

The final four spots in the tournament will be decided out of HCT. In Europe, the Americas, and APAC the top points earner from the year will qualify. As things stand that means Thomas “Sintolol” Zimmer, Muzahidul “Muzzy” Islam, and Chen “tom60229” Wei Lin will qualify. China will award its final spot through the Gold Series finals.