Secret Paladin was born with the release of The Grand Tournament.

Mysterious Challenger is the new

dr-boom, but for the 6 mana slot. Not only does it bring out up to 5 secrets, it can thin the deck and gain insane tempo. Flooding the board with cheap minions and replenishing your hand with

Divine Favor is another great synergy in this deck.

Secret Paladin started off by being an extremely aggressive deck, running 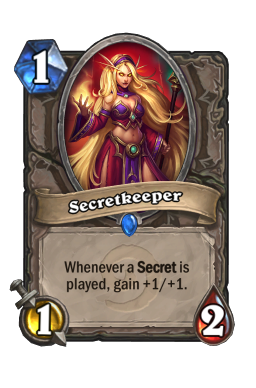 Divine Favor. It has now evolved  into a more midrange deck, giving it a more solid game plan strategy that last into mid and late game.

Harrison Jones is a great tech card in a weapon heavy meta.

You can check out the Secret Paladin meta deck section for all the guides/decklists on it.