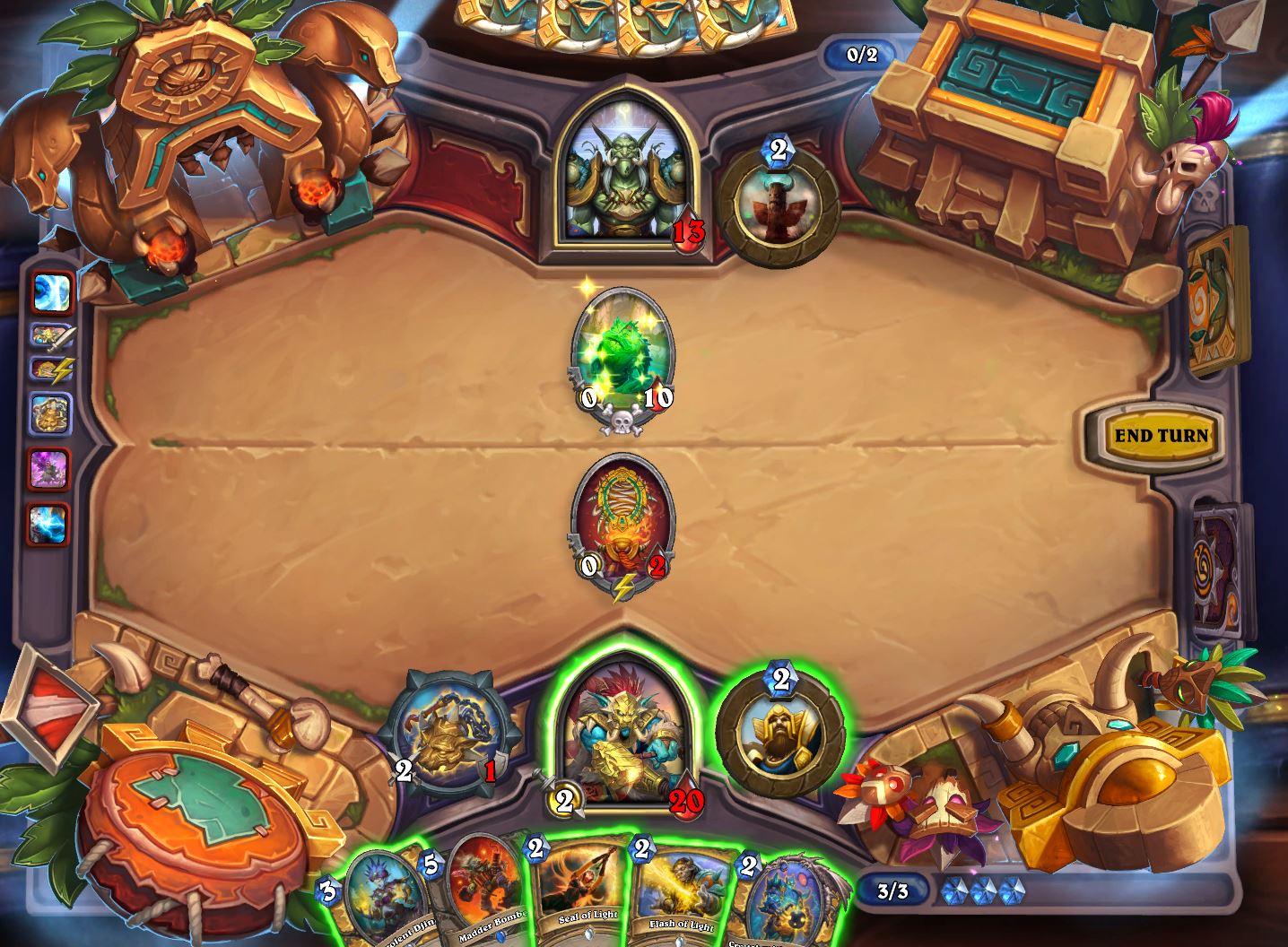 One of the many things that makes Hearthstone unique from other trading card games is its built-in single player mode. With each expansion comes a new fun way to play the game by yourself in what can almost be considered the game’s story mode.

This week, the Rastakhan’s Rumble solo adventure dubbed “Rumble Run” went live and it’s time for players to take a swing at it.

These start the game in play and are very powerful—so powerful they go dormant instead of dying. Players then have the opportunity to choose a starting shrine before the game begins. Shrines are connected to a specific class and have abilities that will benefit that class. If this sounds confusing, fret not, King Rastakhan himself will walk you through the process and is fully voice acted just like in World of Warcraft.

After selecting your shrine, King Rastakhan gives you a deck and tells you that eight other trolls stand between you and glory. Similar to other Hearthstone expansions, this means there will be a ladder of non-player character opponents for the player to battle on their way to the top. Think of it like ladder mode in Mortal Kombat.

With every victory you gain against your troll opponents, you’ll have the opportunity to select more cards for your deck through a pool of options King Rastakhan gives you. Each troll you face will be stronger and smarter than the previous one. This means the cards you decide to use will play a big factor in your ability to beat them. Should you lose, you’ll have to start your adventure over.

Since the Rumble Run includes different class options, this gives it some replayability.  Keep an eye out for our Rumble Run guide where we break down the best strategy to defeat each mighty troll.