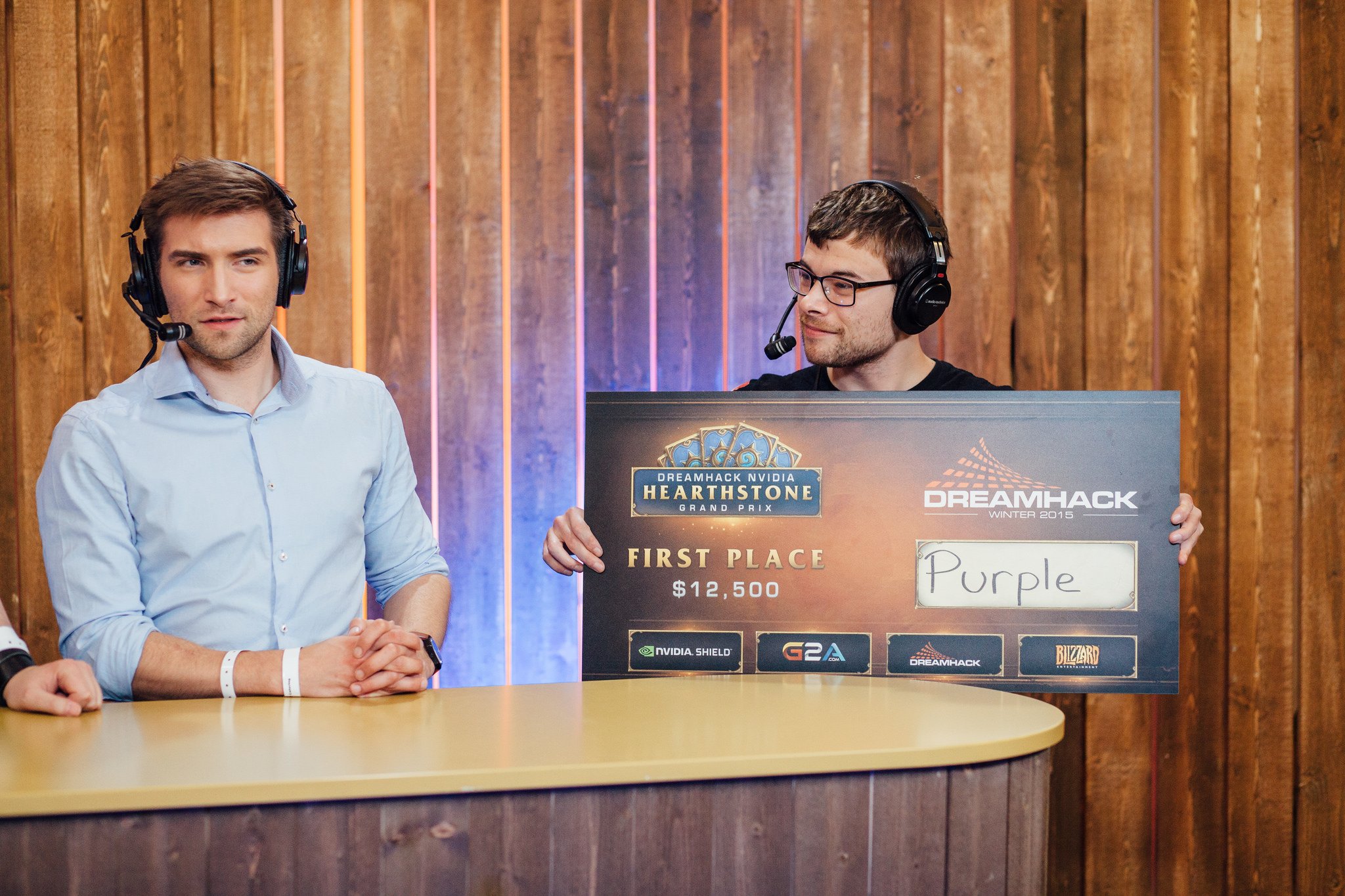 Purple was one of the favorites to win DreamHack Winter 2015 and so he did. The player and coach of GamersOrigin managed to win the trophy after  beating the underdog, Ersee, in the finals with a score of 3-1. Purple started the tournament strong as he came out of the Swiss rounds stage with a record of 8-1. In the elimination bracket, he did surprisingly well, managing to defeat all of his opponents with ease. Starting with a 3-1 win against Dragonalbert and continuing with 3-0’s against both AKAWonder and greensheep, Purple met Ersee in the final and took the crown. In the Swiss rounds he mainly used a Brann Malylock, however in the playoffs, he leaned on his Patron Warrior. Patron Warrior is playable even after the Warsong Commander nerf, though not as a strong as before, and Purple used it to upset his enemies. However, what really shined was the Brann Malylock. With the League Of Explorers and its new cards, Malylock made a serious step up and is now among the most played decks once again. With the increased chance to discover a Warlock 1-drop, the Peddler can fetch cards like Soulfire, Mortal Coil, and Power Overwhelming, all of which help the deck greatly. Brann Bronzebeard is the second League of Explorers addition to the list, which makes the deck a tad more powerful. You can discover some big plays in the process, like 16 point Antique Healbot heals, massive defend values for Twilight Drakes, or even 6-damage Blackwing Corruptors. Purple not only used this deck in DreamHack, but also on the ladder where he managed to reach top 3 legend.

With this win, Purple managed to stash his first 30 points for HWC 2016 along with a respectable $12,500, which increases his total earnings to $28,250. This is Purple’s second major championship win, after the Americas HWC Qualifiers. Keep up with us at eSports Guru for the latest competitive Hearthstone news and more!