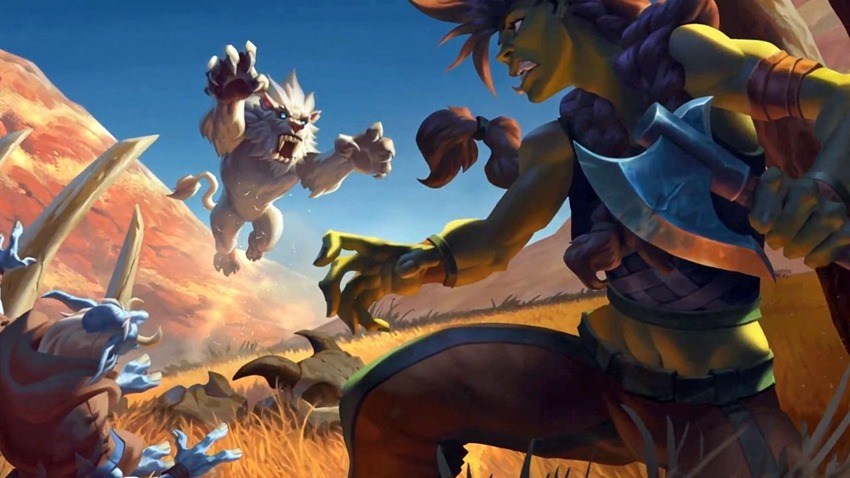 Could Taunt Priest be a thing in Hearthstone’s upcoming Forged in the Barrens expansion? It certainly looks that way with the latest card to join the collection.

Priest of An’she is a five-cost Priest minion with Taunt and a Battlecry. It reads, “If you’ve restored Health this turn, gain +3/+3.”

The card is an exciting new addition to the class, promoting heal synergy in Priest. Activating its Battlecry should be a relatively straightforward task. But it has its downsides.

Priest of An’she doesn’t have an immediate effect on the board and could be vulnerable, even despite its extra health.

With an aggro deck though, in the early stages of the game, cards like Desperate Prayer—a new Priest card introduced with Forged in the Barrens that restores five health to each hero and costs zero mana—it will be difficult to handle.

Forged in the Barrens hits the live servers on March 30. But fans can pre-order the expansion today in one of two bundles from Blizzard’s online store.