Hello Hearthstoneplayers readers! This night I give sequence to the very first deck building guide I made, THE PRIEST ONE! which can be found at hearthpwn in this link: http://www.hearthpwn.com/decks/58484-nuba-ultimate-priest-deck-building-guide

As said on Hearthpwn, the idea of these articles is to make it so not only you have some kind of deck to follow, but you also have ways of making new decks yourself, presenting not only the base cards for every deck, but also the follow up for that base, with information that will help you decide which way you want to take in order to make a strong deck build.

In this very article, I decided to take my most famous archetype and spread it open to you guys, so you can start making up your own version of it: the Druid Ramp! If you are interested in knowing how and why the ramp druid archetype was created, there is an article I wrote long time ago on IHearthU, the link is the following: http://ihearthu.com/ramping-druid-guide/

These are the particular cards that every single druid ramp deck must have in common, that is why its called “the deck base”, keep in mind that the deck basis for all 3 of druid archetypes are very similar:

innervate: Ramp is all about mana accelerating, this card is good enough to justify being in the base of every druid deck regardless or type, but in this particular build it can shine even more, making it so your super strong late game threats enter the battlefield even earlier, as well as its natural uses!

wild-growth: The main reason this deck exists, wild growth makes it so your mana will always be 1 crystal ahead of what it was supposed to be, which means your big threats will come in sooner!

Wrath: Another card that is part of every druids deck base, regardless of origin, it either kills off early minions, but also cycles itself in the late game in case you are needing to ping any opposing minion to finish it off, or just in need of another card. A very versatile card.

keeper-of-the-grove: While priests main word is “situational”, which is just horrible, druids main word is “versatile”, meaning many of druid cards are not only multi-use, they also fit in almost every situation, meaning they are always good. Keeper of the grove is one of these cards, it can silence off threats, as well as ping for 2 damage small minions while still giving you board presence in the form of a 2/4… uhhh… deerhorseman! 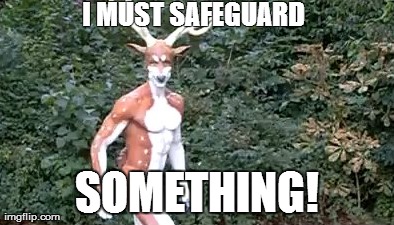 swipe: One of druids strongest cards. can be powered up by spellpower for massive value, but is good by itself to justify also being in every druids base deck.

druid-of-the-claw: Arguably the strongest druid card, its versatile is one of the many reasons druid is such a strong class, it can either go super aggressive in charge mode, while still keeping a good 4/4 body, as well as can be a strong defense card, in the form of a feared 4/6 taunt bear.

ancient-of-lore: Another extremely versatile card, can do 2 very good things, for 2 very different situations, this card is never bad.

So, we already have 7 different cards, which means 14 out of 30 slots are always taken for druid ramp. Now let us take a look at how to fill up the remaining slots!

mark-of-the-wild: This card is really strong when combined with The Black Knight to be able to kill basically anything in the game, by buffing opposing minions giving them taunt then killing them, druid lacks removal so this helps a lot in that matter. There is also the obvious way to use it by buffing an allied minion, making it stronger as well as protecting yourself from attacks.

naturalize: You have strong cards yourself, so sometimes (mostly when you are not behind already) this cards drawback may not be that much of a deal. This is a very situational card, and should be picked with care, because it can backfire very often

bloodmage-thalnos: I love this little guy, cycling himself as well as making your spells stronger, sometimes people like to avoid him because he takes 1 slot in the deck while ramp is all about big guys on the table.

big-game-hunter: A very meta specific card, kills off giants! As well as other and even more scary late game threats, its a reasonable body for its mana cost, so its always good to carry one of these dwarfs with you, wherever you go.

harvest-golem: The strongest neutral 3-drop in the game, sometimes people like to use him in order to not have a blank early-game, this is usually not used because you want as much slots for late game as possible. Nonetheless, its a great card.

earthen-ring-farseer: Usually used as emergency heals, for either you or your minions. This card isn’t very used in ramp decks, but sometimes people like to use this.

healing-touch: Big heals for only 3 mana, since you have so many good cards in your deck you, sometimes, could spare 1 slot for big emergency heals. this card is used more often than earthen ring farseers because ramp druids like big numbers, oh also because this can help you heal up damaged rooted Ancient of Wars back to full health.

chillwind-yeti and senjin-shieldmasta: two strong vanilla/neutral 4-drops, whenever you need another taunt guy, or just another strong body that isn’t as expensive(mana wise) as the other cards in the deck, keep these guys in mind!

acidic-swamp-ooze and harrison-jones: Two good meta choices as today, you can choose to skip these sometimes because you could want the slot for something else.

nourish: Another ramp card, as well as a very strong card advantage mechanism, it can be used to accelerate even more your game while still letting you spend 2 mana in the same turn, as well as to get you cards! Because this card is so versatile and because it fits the deck style, it is used in a lot of ramp druid decks.

gadgetzan-auctioneer: Usually used over nourish in some builds, it synergies well with wild growth, making it so in the late game you draw 3 cards from it, it also synergies well with innervate and all other druid spells, making this card a good option. I would recommend using him if you also have small minions such as Harvest Golem and/or Earthen Ring Farseer. The reason I recommend this is because Nourish becomes weaker the more your decks mana curve goes down.

starfall: A versatile card, can be used either to kill a midrange minion with 5 or less health, as well as to clear the board from pesky weenies, get out of here small guys! 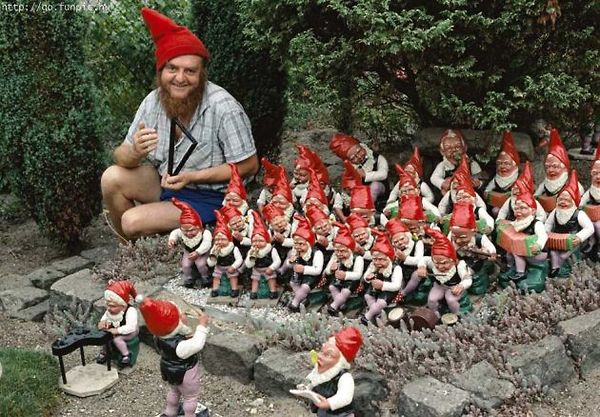 azure-drake: Bloodmage thalnos on steroids, some people like to run this guy for the same reasons they like to run thalnos, but these actually require some effort to be killed, different from thalnos which is usually just used to cast a spell before it dies.

sunwalker: One of the strongest taunts in the game, the reason ramp usually uses a lot of strong taunt minions is because they stabilize the board, forcing your opponent to make bad trades as well as protecting you.

the-black-knight: The reason why I am taking this guy separated from other legends is that it is used in a huge lot of the druid decks, in ramps even more because of its synergy with mark fo the wild and the fact ramp can afford to actually use mark of the wild without hurting itself.

savage-roar + force-of-nature combo: This combo gives you reach, both cards are bad by themselves, but when you combine them they become something really strong. 14 damage out of nowhere is huge in the game and can easily change the tides of the battle, as well as finish games.

ancient-of-war: A risk. its a really strong card, indeed, because of its 5/10 form, which will be the one used 99% of the times, which is huge. But keep in mind this is the perfect target for The Black Knight, so play this wisely!

Strong legendary cards, such as cairne-bloodhoof, sylvanas-windrunner, Ysera, cenarius, alexstrasza, ragnaros-the-firelord, and so on: Ramp decks are all about dropping strong late game cards, and what is a better “late game threat” than high cost legendaries?

Other Neutral techs as well as other druid cards: Techs are always welcome in this game, but keep in mind how these cards will work in all the match ups before adding them to your deck, there are a lot of techs that I did not put here and I leave it up to YOU to decide which ones you should put into your deck!

This is the ramp list I currently use to play in ranked matches:

I will not go into details about it, just some small explanations: cenarius and ysera are immune to BGH. The fact you have so many late game threats, even for a druid ramp, justifies you play naturalize as a removal, because as said before: druid lacks removal.

I hope you all enjoyed reading this article and now understand a little bit more how druid ramp works, I will try and keep the next articles up! Remember to follow me on twitch, twitter and to subscribe to my youtube channel!

Thank you for reading this article, see you around(hopefully, playing some new and innovating version of druid ramp!)!!