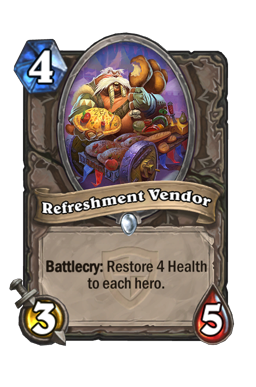 refreshment-vendor: Probably one of the underdogs of this expansion, this card wasn’t discussed much. “Oh, it heals you, but it also heals your opponent, bad card!”, these kind of effects are usually ignored because they are seen as bilateral, but whenever you are able to set up a deck that is able to only take advantage of this to its own benefit, like a Grinder Mage deck, this card becomes a powerhouse.

Grinder Mage decks are decks known to win in both board control, value and card advantage, but never rushing down an opponent. These decks are made to be super consistent but very slow, thus the name “Grinder Mage”. I believe Refreshment Vendor is a perfectly fit for such a deck!

This is by far the deck with the biggest number of cards I want to test, let’s try to discuss a little some of the interactions:

archmage-antonidas: Rhonin will allow Antonidas to have a lot of cheap spells to cast once it is killed, and since the games will tend to take very long to end, this interaction is supposed to happen more often than you actually think it will. 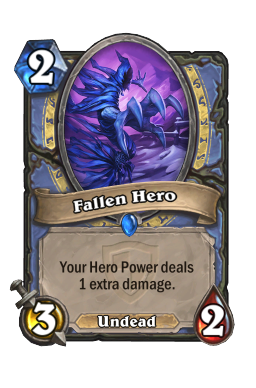 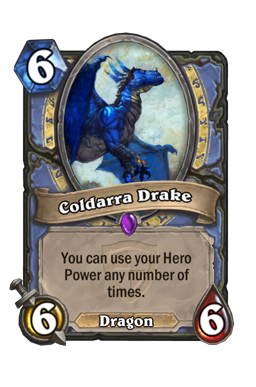 coldarra-drake: The hero is a card I want to test a lot, and so is the Drake. The Hero seems strong by itself and also looks like a card capable of 2-for-1-ing a lot. The Drake, in the other hand, seems to be very slow by itself, but in the situation where the opponent passes and it hasn’t been killed, you have a huge potential to combo it with a possible Fallen Hero in your hand. The Drake isn’t terrible by itself, because it allows you to use all of your spare mana, but not good enough that I would want to run 2-of. 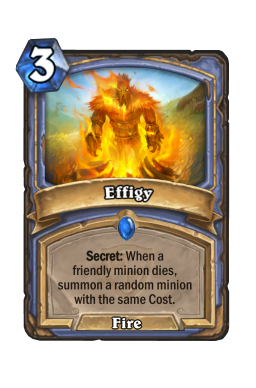 effigy: A secret that allows you to lose less tempo than

mirror-entity in theory. It looks a better fit for Midrange decks than the Entity, and that is why I want to playtest it. In case the tests go positive and the card shows itself to be very strong, feel free to replace the other Mirror Entity for a second Effigy.