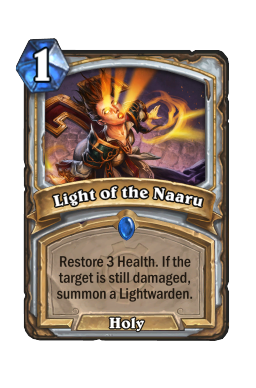 Freeze Mage is an intriguing matchup when it comes to mulligan, because you’ll always be mulliganing as if you were playing against a Tempo Mage.

I know it might feel wrong, but keeping those Wild Pyromancers might save your skin whenever you’re actually facing a Tempo Mage instead.

Thinking about this, the cards you’ll want to keep in this matchup are:

What I mean is that this is mostly a skill test than anything else, but luck also comes into play here as some factors that will be discussed later on have a big impact on the game.

Basically, the Priest has enough healing to live through the whole Freeze Mage burst after

alexstrasza most of the times, but sometimes the Priest won’t have enough time to draw into the healing spells as the Mage will draw more cards than the Priest. Before League of Explorers and Control Priest, back when Priest players were all playing Dragon, this matchup was a complete nightmare for the Priest but as of right now I believe it to be even.

The Freeze Mage will start off like they always do:

acolyte-of-pain to draw a lot of cards, in order to be able to burst you down. Meanwhile you’ll be doing your own thing, putting some board presence and applying pressure while drawing cards.

Don’t misread me when I say that you’ll be able to constantly apply pressure on the Freeze Mage, because you will.

doomsayers, remember that whenever this starts happening you should note that you always want to have responses for

archmage-antonidas, which is the only way the Freeze Mage can win whenever you’re able to heal yourself back up past their burst range. In case you have more than one response for Archmage Antonidas, casting

entomb on opposing Doomsayers is more than justifiable, because you’ll be basically paying a card to keep your minions on the board, which (mostly) can only be killed by a full AOE, otherwise you’ll just heal your minions back up.

You are close to popping his block but not quite, there are ways for you to win here and it all depends on how the game went.

You are either pressuring him enough that you can pop his block, or you’re playing the defensive game and you’ll want to use your healing spells to get yourself back up.

If you are pressuring your opponent and you can use your

flash-heal to pop the Mage’s

ice-block combined with an

auchenai-soulpriest, you should surely do so – Popping a Mage’s Ice Block means he’ll have to re-play it the following turn, that will stop him from doing damage to you as he will be using his mana defensively.

In case you are playing defensively and responsive, the way you should be playing is to, first, have enough damage on board (with minions!) to kill his

alexstrasza, because you’ll then have the full 10 mana to

justicar-trueheart yourself Hero Powering yourself twice for a total of 6 healing, then you’ll proceed to Flash Heal yourself combined with your (now buffed) Hero Power, and don’t forget your

holy-nova works as a 2-healing spell for 5 mana, which although this seems weak, can be the difference between life and death. Yes, you read it right, it is nice to only Justicar Trueheart after you’ve been breathed by Alexstrasza in case you can deal with “Alexs” just with your board. However, popping the Ice Block and dealing with Alexstrasza seems like a good idea as well, so in case you can do just that (while healing yourself up!) you should definitely do it, saving your Justicar Trueheart for a later turn.

The Control Priest vs Freeze Mage matchup is a very complex one, and the best to play this matchup is completely knowing your opponent’s deck. In the Freeze Mage’s case it is very unlikely that they’ll know your full deck and even when they do, it is very unlikely they’ll know how your whole deck operates, so I like to think that Priests have an edge in this matchup despite being an even matchup on paper.

And this is it for the Control Priest vs Freeze Mage MUA, I hope I was able to pass all the information regarding this matchup to you guys!

Is there any other Control Priest MUA that you would want me to write about? How about other classes MUAs? Please let me know everything you’re thinking in the comments below!

I love you all,