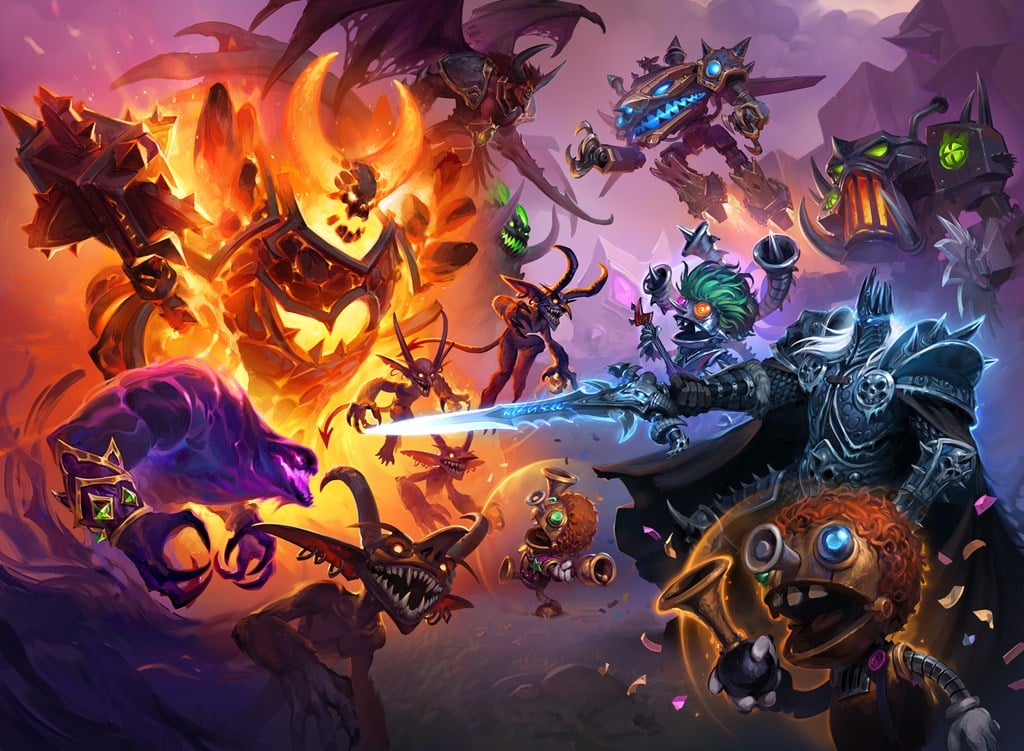 It looks like Hearthstone Battlegrounds is about to get a dose of Rise of Shadows-esque EVIL.

Hearthstone principal game designer Mike Donais teased that the Arch-Villian Rafaam will join Battlegrounds with its next update.

During a broadcast from top Hearthstone streamer Educated Collins, Donais chimed into chat and revealed Rafaam will join the mode in its next update. A Reddit user posted a screengrab of Donais’ comment on the Hearthstone subreddit.

The Hearthstone team recently revealed its intention to rotate Heroes in and out of Battlegrounds to keep things fresh. The most recent Heroes to join Battlegrounds were all members of the League of Explorers, except Sindragosa. It looks like the Explorers will find themselves opposed by at least one member from the League of EVIL yet again.

Anyone who’s played any of Hearthstone’s solo adventures for the past two expansions will be more than familiar with Rafaam. The leader of the League of EVIL intends to steal Azeroth’s treasures and unleash great darkness in the process. Rafaam is also one of Warlock’s most powerful Legendary class minions in Standard. In Hearthstone, Rafaam has an effect that replaces your hand and deck with Legendary minions. It’s unclear if his Battlegrounds Hero ability will be equally over the top.

Educated Collins is one of the top-ranked Battlegrounds players in the world, playing at over 9,700 MMR. Like his name, his streams are often also educational. Collins is verbal and often explains the intentions behind his decisions. Anyone who intends to climb in Battlegrounds could probably learn a thing or two from watching his stream.