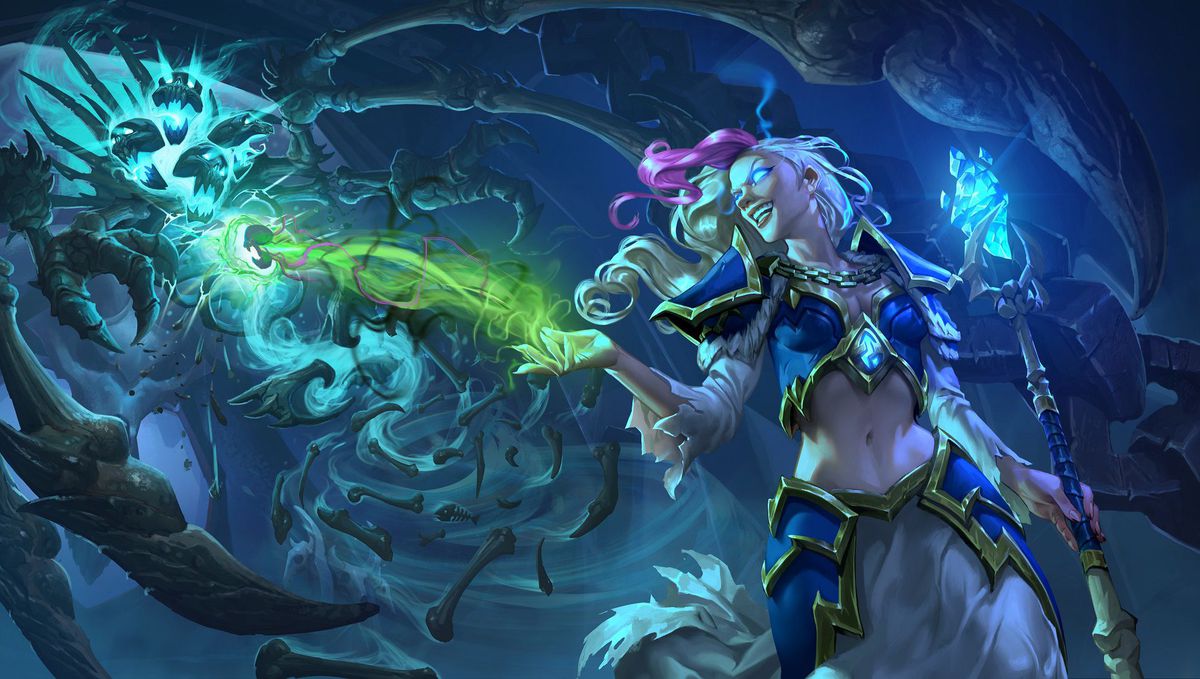 Knights of the Frozen Throne continues to try and transform the way certain classes in Hearthstone are played.

With classes like Rogue getting new tools and strategies, Hunter is definitely under the microscope. Seemingly, Blizzard want the class to get slower.

Corpse Widow is definitely not an aggro card. Terrifying card art aside, while it is in play the card reduces the cost of your Deathrattle cards by two. That’s all Deathrattle cards too, not just minions. So if you can somehow get hold of a Tentacles for Arms in Hunter, you’re in luck.

More seriously, it hits some of the best cards in the Hunter class. Savannah Highmane is of course the most infamous, but cards like Infested Wolf and Rat Pack are also affected. If a Deathrattle deck was viable, imagine being able to play a Cairne Bloodhoof for four mana.

The shape of the minion is pretty good too. Four attack for five health isn’t outstanding, but six health makes it nice and stable. This should be able to survive for at least a turn or two.