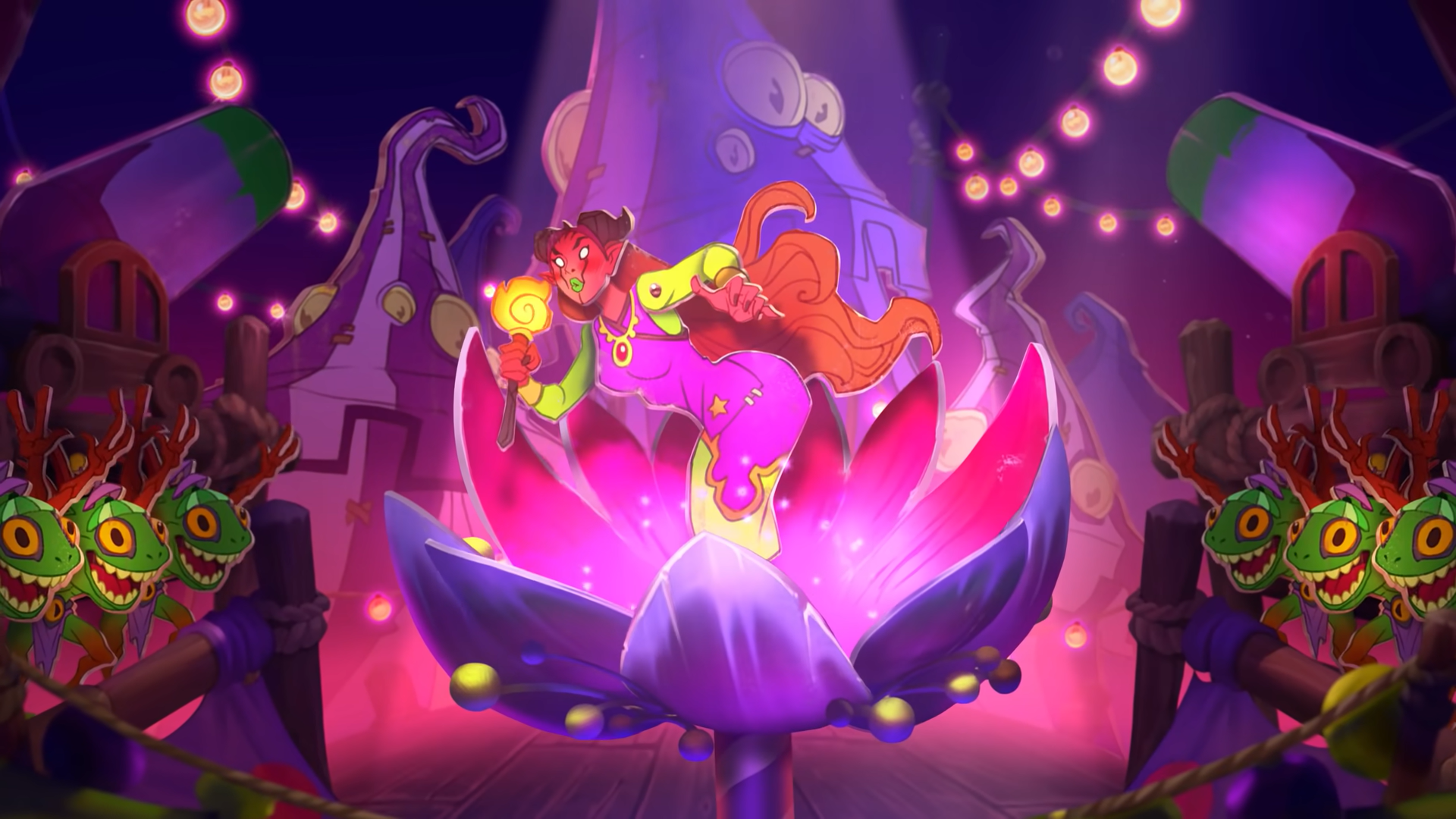 The card reveal season for Hearthstone’s Madness at the Darkmoon Faire expansion is nearing the end of its third day. This reveal is Paladin’s last card revealed for the day, and she serves as a final corner piece for the Pure Paladin archetype.

Blizzard revealed High Exarch Yrel, a legendary Paladin minion that costs eight mana, has 7/5 combat stats, and a Battlecry that rewards you for playing Pure Paladin. When High Exarch Yrel is played from your hand, she gains Rush, Divine Shield, Taunt, and Lifesteal.

All of these keywords are very potent and can turn around a game that is otherwise being lost. Zilliax was a card that shared these exact keywords and he was a nigh auto-include into every non-aggressive deck when he had his tenure in standard. While the requirement to run an entirely pure Paladin deck will make High Exarch Yrel less ubiquitous than Zilliax ever was, the archetype has been a proven force in the meta, and it will be easy to find a spot to include her into current lists.

If High Exarch Yrel dominates the meta it can be expected that Bomb Warrior will rise to face off against it. This is due to the fact that Bomb Warrior can easily shuffle Bombs into the Paladin’s deck, rendering every “No Neutral Card” requirement useless for the rest of the game until all of the bombs are drawn.