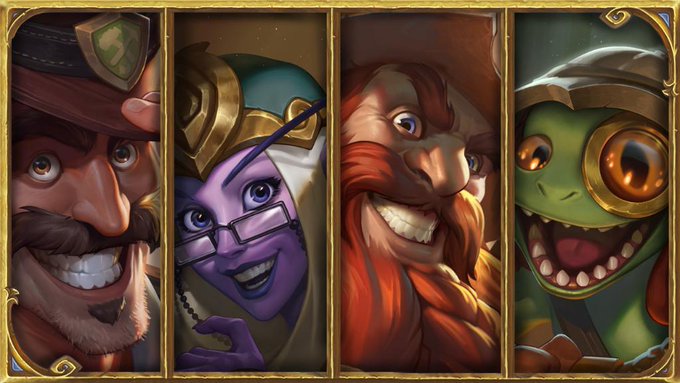 Now that the Saviors of Uldum expansion is in full swing, Blizzard has revealed balance updates coming to Hearthstone on Aug. 26.

Five cards have made the list, including Luna’s Pocket Galaxy and Dr. Boom, Mad Genius.

Conjurer’s Calling is the first of the five cards to see changes in the upcoming update. As it stands now, it’s a three-cost Mage spell with Twinspell that destroys a minion and replace it with two minions of the same cost.

Once the update goes live, however, Conjurer’s Calling will cost four mana. The change will force its user to wait until they have eight mana before they can take advantage of the card’s Twinspell, helping knock down the power of Giant Mage decks that run minions over the 10-cost mark.

Luna’s Pocket Galaxy received a buff during Hearthstone’s Rise of the Mech event, which lowered the spell’s cost from seven to five mana. But Blizzard seems to have reversed its stance on the buff and will return the legendary card to its former cost with the game’s update next week.

Once the update goes live, Luna’s Pocket Galaxy will cost seven mana. This change will prevent users from being able to play strong late-game minions earlier in the game if they happen to draw them after casting the spell.

The Hearthstone community has long called for Blizzard to nerf Dr. Boom, Mad Genius, and fans of the game will finally get to see their wishes come true next week.

In its current state, Dr. Boom, Mad Genius sits at seven mana, allowing its users to play the card in the mid-to-late game. With next week’s update, however, the card’s mana will increase by two, forcing its users to hold on to the hero card until later stages of the game.

Extra Arms is yet another spell that saw a bit of love during the game’s Rise of the Mech event. At the time of the event, the Priest class needed the buff, so Extra Arms’ mana was reduced by one to help the class in earlier stages of the game. In recent weeks, however, Saviors of Uldum introduced a number of strong Priest cards that have since rocketed the class to a powerful spot.

With Priest’s new powerful options, Extra Arms will return to its former cost. Once the update goes live, the card will once again cost three mana to move it away from earlier stages of the game.

Barnes is the final card on the chopping block. Like other cards on today’s list, Barnes won’t receive too big of an alteration outside of a simple mana change. The card’s Battlecry will continue to summon 1/1 copies of minions in its user’s decks, but its mana cost will increase to four to help reduce its power in the Wild format.