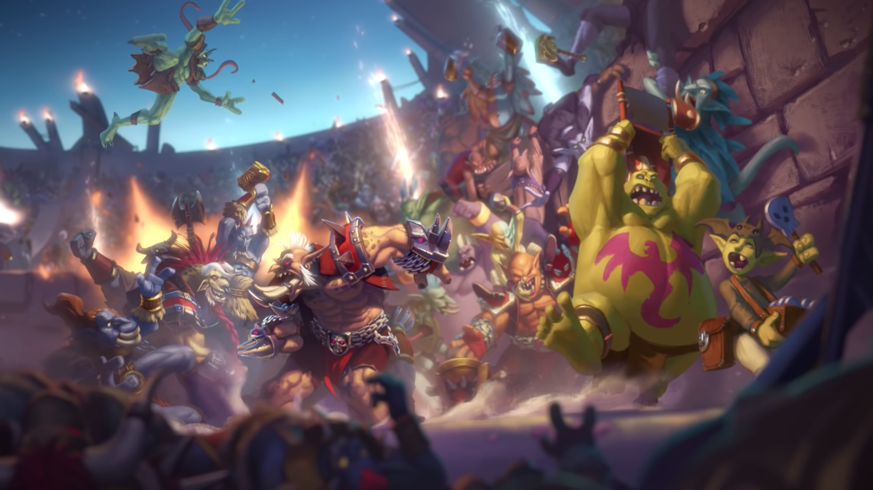 Arcanosaur is the latest Mage minion revealed for the upcoming Hearthstone expansion, Rastakhan’s Rumble. Eurogamer unveiled the card in a story earlier today.

This card is a common Elemental minion. It costs six mana and it has three Attack and Health. Its Battlecry deals three damage to all other minions if its user played an Elemental during the previous turn.

Arcanosaur is a new and efficient board clear for Elemental Mage. Despite its disappointing stats, its Battlecry effect will be great to clear boards full of token minions and keep activating other card effects that require an Elemental to be played.

Rastakhan’s Rumble has two bundles available for pre-order for all Hearthstone players. One bundle costs $20 and comes with 17 card packs, while the other is $50 and has 50 card packs and the new Shaman hero King Rastakhan. These pre-purchase bundles will be available until Dec. 4 when the expansion is released.