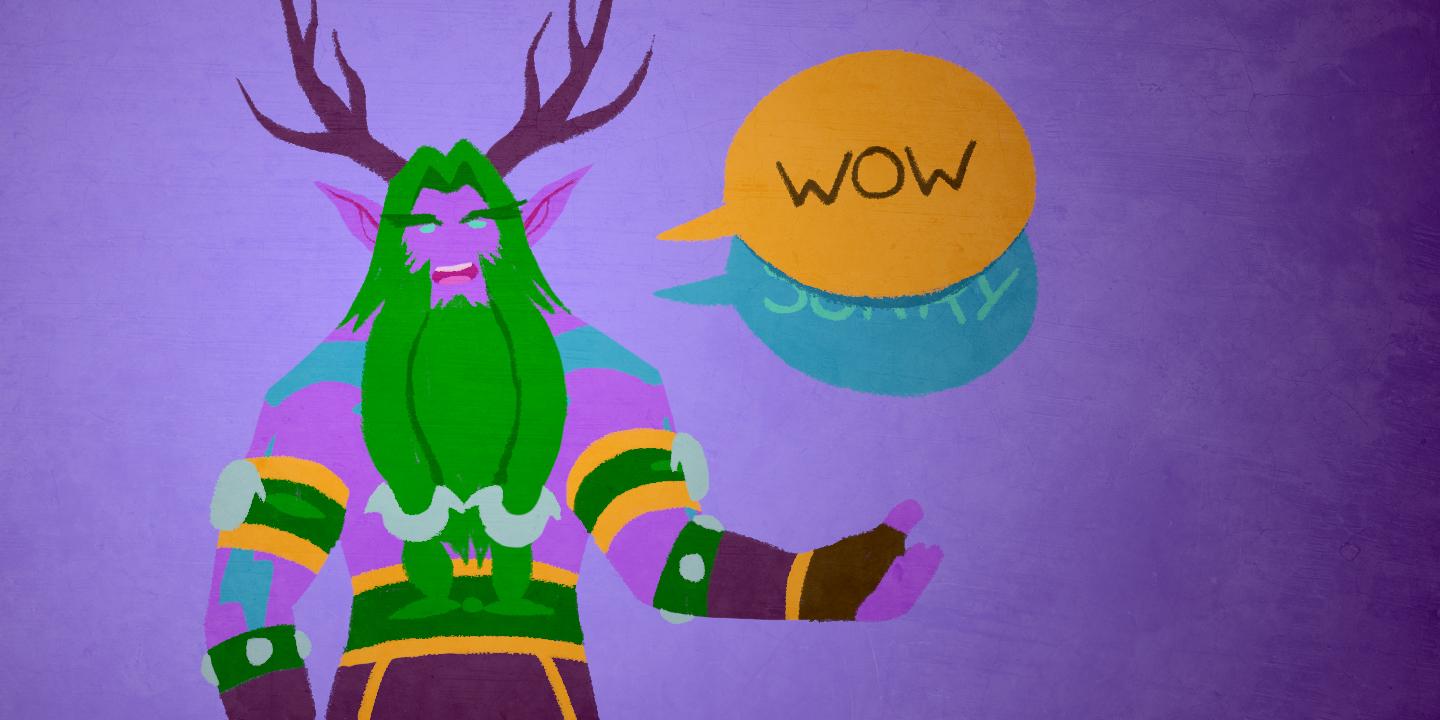 In the world of Hearthstone, meta doesn’t just refer to the cards and decklists—the emotes have a ranking all of their own.

So, as part of our aim to bring you the most crucial Hearthstone coverage on the internet, a few months ago we ranked all the emotes currently in the game. However, Blizzard likes to keep us on our toes—the release of Whispers of the Old Gods came with the absolute game-changing announcement that the “Sorry” emote has been replaced with a brand new “Wow” soundbyte for each hero.

This is big news. We all loved “Sorry,” but “Wow” offers brand new potential in memes and BM, so obviously we had to weigh in. Below, check out the official, thoroughly-tested power rankings of all the “Wow” emotes in Hearthstone. Maybe next we’ll consider the specific matchups each hero’s “Wow” has against each other, because the Dot always stays ahead of the meta.

Nothing Alleria does is all that interesting, and her boilerplate “Wow” emote doesn’t do her a lot of favors.

I’m kinda disappointed in Valeera’s “Incredible.” She’s a great character with a ton of awesome, sassy emotes, she deserves a much more distinct “wow.”

A good solid emote that musters some genuine earnestness that the top-tier BMers probably don’t love.

Lady Liadrin – “That is incredible!”

Why did they give the same word to so many heroes? That’s kind of a bummer. Liadrin’s is the best of the bunch because of her pre-school teacher tone, but still, step your game up Blizzard.

Everything Jaina says seems to be laced with a slight bit of sarcasm, which makes her BM game strong, but her “amazing” genuinely seems a little impressed. Not bad, but her “whoops” is still the gold standard.

Nothing will ever top “Sowwry,” but this isn’t bad.

Khadgar has some of the best emotes in the game, because goofy, absent-minded wizards generally rule. His “Wow” emote is this ultra-hammy “MARVELOUS!” which makes it sound like he just saw a great opera or something. It’s pretty good!

Something about Thrall’s matter-of-fact grunt makes his “that’s incredible!” extra cheeky. This is probably the best punctuation to a missplay currently available in the meta.

Magni is one of the few heroes who isn’t given some sort of generic exclamation. He says something intrinsically Dwarf-y, and that rules.

Awesome in the same way Magni’s emote is awesome. It sticks to character! He’s a Paladin! Holy light! Who says Hearthstone isn’t for role players?

Really, really great. I love how Anduin let’s his “wow” trail off, because it’s the exact way any of us react when our opponent does something outstandingly bad like Pyromancer-Muster or Mistress of Pain-Auchenai. Anduin is quickly becoming the most relatable hero in Hearthstone.

It has to be number one. There’s just something about the word “spectacular,” and something about Malfurion’s shit-eating inflection, that makes it a truly pantheon-level emote. We’ll be shouting “Spectacular!” at bad plays til the day we die.