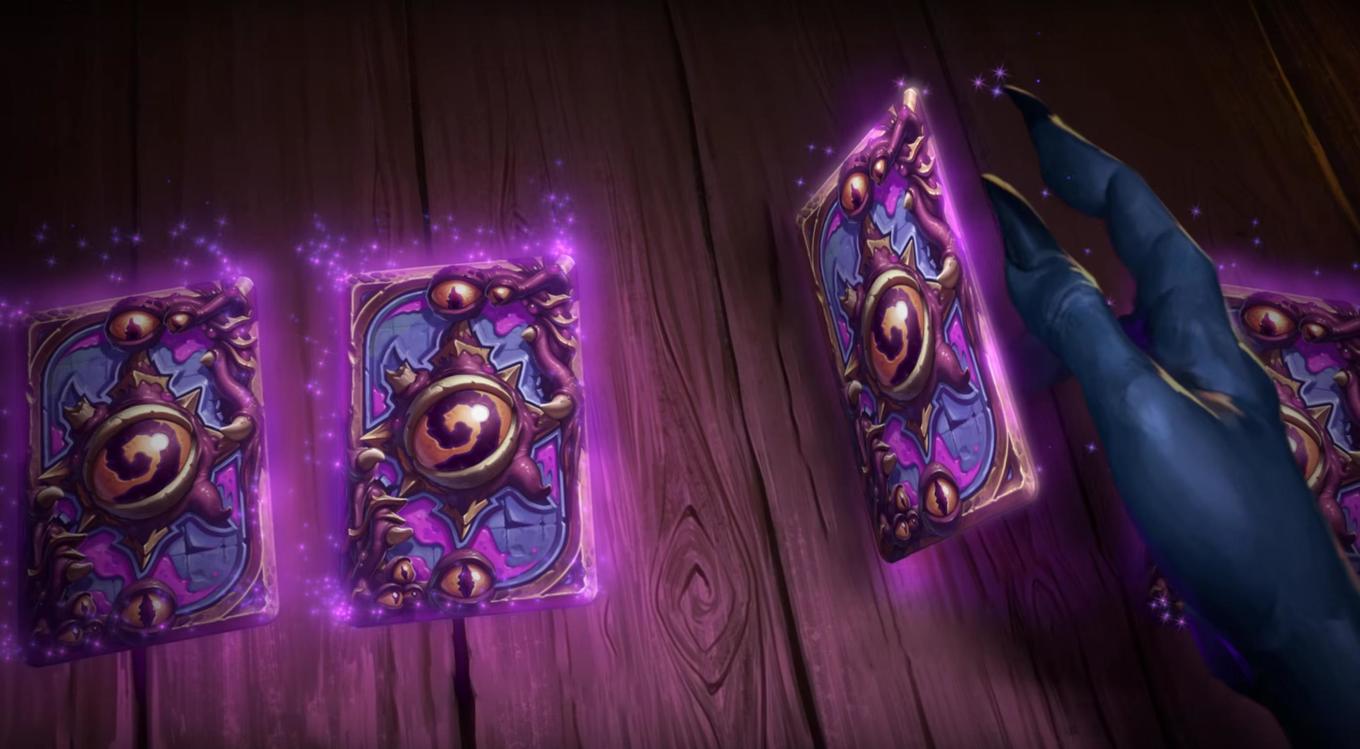 We are five days deep into Whispers of the Old Gods, the third major Hearthstone expansion. As usual the hours after a major release are filled with interesting, exotic new ideas and a lot of hilariously bad decks—with some sticking around for days afterward.

It’s my favorite time to be a Hearthstone player. You go through months and months of monotonous, stale match-ups and then suddenly everything is up in the air again. I wish the game felt like that all the time.

In the wake of the Old Gods’ release, I’ve been paying attention to what people are trying, what’s been working the most, and how the ladder looks right now. It’s still early, some of these decks could be unsustainable in the long term (we called Totem Shaman a big deal fresh off of The Grand Tournament’s release), so take it all with a grain of salt.

When you give everyone that logs into the game a strong legendary card and some basic ingredients for a deck to support it, it turns out that it’s going to dominate the ladder. It was hypothesized before Whispers of the Old Gods that C’Thun would become something of an entry-level archetype for any aspiring Hearthstone player. And a few days in that absolutely seems to be the case.

The most popular decks right now seems to be C’Thun Warriors and C’Thun Druids. This makes a lot of sense considering Druid is trying to find a home after the Force of Nature nerf and Warrior has always been the classic control class in the game. Druids are capable of dropping 4/10s on turn four with Klaxxi Amber-Weaver, and Warriors can bolster 10 armor with Ancient Shieldbearer. These are both obviously very strong—they are more powerful than any player should be able to hand out on those turns. When you combine that with C’Thun’s ability to liberally splash out 20 to 30 damage and a gigantic body, you’ve got yourself a very capable deck.

I’ll tell you this, I’m already getting pretty sick of playing against C’Thun. Sure this is partly to do with his ubiquity and I’ll probably be happier when other archetypes start to spin up, but man. Turn 10 has become a nightmare of, “Oh god please don’t have it, please don’t have it, please don’t have it. S**T.” It’s funny how Blizzard has spent so much time pruning massive one-turn combos (Arcane Golem and Leeroy Jenkins), but now one of the foundational cards in the game is a minion that can routinely burst you down from two-thirds health. I’m not saying C’Thun is overpowered, I’m just saying I’ve lost to him a fair amount. In a couple more weeks it’ll be more clear if this is the Dr. Boom of the set.

Whispers of the Old Gods is particularly interesting because it also introduced Standard mode, the new format that leaves Curse of Naxxramas and Goblins vs. Gnomes in the dust. This makes for a pretty fundamental shift in the meta, and there’s reason to believe stuff like, say, Oil Rogue and Secret Paladin wouldn’t make it through the rotation.

On the other hand, Zoolock continues to be one of the most persistent archetypes in all of Hearthstone. It lives again in Whispers of the Old Gods, subbing out cards like Imp-losion with new toys like Possessed Villager and the highly underrated Darkshire Councilman. It’s still early so obviously it’s easier to fall back on established, optimized lists instead of figuring out how things like Renounce Darkness Warlock works. But right now Zoolock is probably the best deck in the game. It really does feel like 2014, doesn’t it?

Shaman is finally coming together

Blizzard has dedicated the past three expansions to revitalizing Shaman into something worth playing. This started back in The Grand Tournament with powerful minions like Totem Golem and Tuskarr Totemic, which didn’t quite elevate Thrall out of the basement. League of Explorers helped with Tunnel Trogg, giving rise to the powerful and totally annoying Aggro Shaman. But thankfully Whispers of the Old Gods offers a number of strong midrange tools that have helped the class tap into its former glory. Player Mateusz “Loyan” Roszkowski is currently sitting at number one legend with a midrange Shaman, making good use of both Thing From Below and Flamewreathed Faceless, which is exactly what Blizzard was hoping for.

However, I do find some of their tactics to be a little confusing. Flamewreathed Faceless is a 7/7 for four mana. Sure you overload two mana crystals, but it’s still super powerful without a whole lot of nuance. Yes, you can make any class better if you give them giant minions at a cheap cost, but it also kind of feels like a desperate heave to make Shaman a better class. Paladin was revitalized with clever cards like Muster For Battle and Quartermaster. At least Mysterious Challenger, as broken as it was, required you to construct a deck to take advantage of its effect. Plopping down a 7/7 and zero-mana 5/5s with taunt doesn’t feel especially well designed. But hey, that’s just me.

N’Zoth is good, but it hasn’t found a preferred home yet

So far on stream I’ve witnessed N’Zoth Priest, N’Zoth Rogue, N’Zoth Hunter, and N’Zoth Paladin. Most of these have been good, but none have truly established themselves from the pack.

It sort of reminds me of Reno Jackson from last year. Reno was obviously a good card, but it took a little bit to figure out that Warlock was the class best equipped to make the effect useful.

All of these archetypes have their benefits. Rogue’s are equipped with powerful deathrattle synergy between Unearthed Raptor and class minions like Undercity Huckster and Tomb Pillager. Paladin has Tirion Fordring which is probably still the best overall deathrattle minion in the game. And Priest has Shifting Shade, Museum Curator, and a lot of survivability to get to turn ten. The jury is still out, but right now my money is on Rogue. Yes it’s sometimes difficult to pilot Valeera into a pure control game, but I just feel like Rogue’s current ingredients make the most sense for using N’Zoth as an end-game obliterator. I’ll keep my eyes out though!

The best and worst of all the rest

I watched Jeffrey “Trump” Shih try to make this card work with middling results at best. It might just be a little too random to be good. I mean, after all, the idea of a card game is to try and win with the cards you put in your deck.

Jeffrey “Sjow” Brusi took a mid-range Beast Druid to top 20 legend shortly after release with this decklist. It’s funny though, the only two cards that truly rely on the synergy are Mark of Y’Shaarj and Fandral Staghelm. But hey, maybe that’s enough.

This is the old god being left in the dust. People have found good use for N’Zoth, C’Thun, and Yogg-Saron, but the relatively simple effect of Y’Shaarj hasn’t quite cracked into any meta decks. This was expected, but it’s still noteworthy.

Yep, Call of the Wild is as ridiculous as anticipated and has slotted easily into any slower Hunter lists. Rolling into a turn eight with Huffer, Leokk, and Misha on the board is just devastating. And it might be enough to get Rexxar back up from his expansion-long slumber.

As of right now, Secret Paladin is really hard to find. Maybe that’s because everyone is having a great time with these new cards and is just generally sick of “WHO AM I? NONE OF YOUR BUSINESS” ruining the fun. Or maybe losing Muster For Battle and Avenge were big enough deals to knock it off its pedestal. We’ll probably know for sure in a few more weeks, but right now everyone is heaving a sigh of relief.