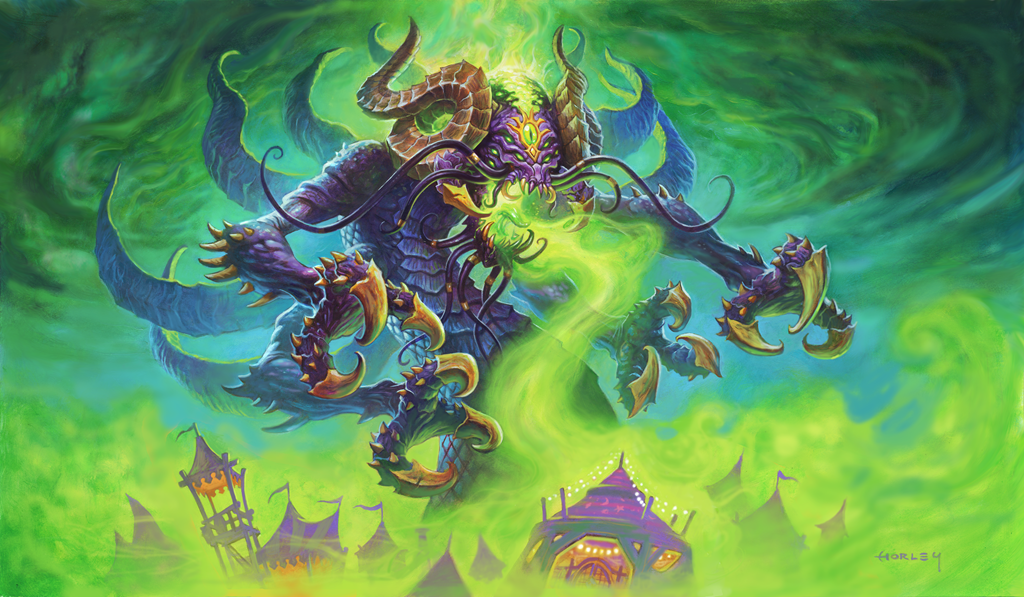 If you need a break from hammering away at the new Madness at the Darkmoon Faire meta, this week’s Hearthstone Tavern Brawl has your back. For the next seven days, players can dive into the Tavern to take on Shake, Deathrattle and Roll.

You’ve probably been doing a ton of deck crafting over the past few days, especially since the release of Hearthstone’s latest expansion. But fortunately for you, this week’s Brawl does the deck building for you. To start things off, you’ll select a class. Once in-game, you’re automatically generated a deck and ready to play.

In Shake, Deathrattle and Roll, anytime someone plays a minion, it gains the Deathrattle of a random collectible minion. That means literally every minion you place on the board is going to be given a Deathrattle that you have no control over choosing.

Since this Brawl is extremely random, it’s best approached without much seriousness. There will be certain things that happen during the Brawl that you have absolutely no control over or any way to predict. For that reason, try not to get too flustered if things don’t go your way.

Since this Brawl puts a heavy focus on the value provided by minions, you’ll want to make sure you maintain a strong board presence. Since your deck for this Brawl is completely random, play a class you feel comfortable with. Alternatively, you can play Hunter or Warlock to take advantage of their Hero Powers, which are both generally strong in the Tavern.

Winning this Brawl will earn you one free Classic card pack.