Following the conclusion of the Hearthstone World Championship this weekend, Blizzard has revealed the first set of balance changes for the Madness at the Darkmoon Faire expansion.

Hearthstone’s Patch 19.2 went live today. The patch brings much-awaited card changes to the popular and ever-present new class, Demon Hunter, among other powerful cards on the ladder. Aside from the Standard ladder changes, the patch also introduces sweeping balance updates to Duels, major new Battlegrounds updates, the next two scheduled Book of Heroes, and the Winter Veil event.

Here are all the important takeaways from Patch 19.2.

Since Duels became accessible for all players to try, the newest treasures posed balance problems that propelled Warlock and Demon Hunter to astronomically high tiers. Due to this, both classes had their treasures nerfed to reduce their consistency since their ability to summon large creatures and OTK effortlessly was a common occurrence. In addition to nerfs, there are buffs to underperforming treasures and hero powers like Druid, Mage, and Paladin.

On top of Duels balancing, one critique from the community was that the mode was inaccessible for players with a smaller collection since treasures and hero powers were tied to the amount of epics players had. With the patch, the requirements have been lowered to the following:

Here are the exact balance changes: 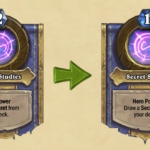 Gift of the Legion

Teased by various content creators yesterday, the newest patch brings multiple new heroes, neutral minions, and spells to the entire pool. Aside from the new content, the patch also includes sweeping buffs to underperforming heroes in the meta. The new heroes will be available to all players who don’t have the battle pass on Dec. 29.

Here are the exact notes for the balance updates and new content: 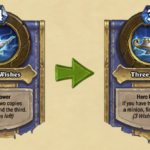 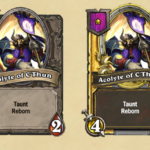 Arm of the Empire 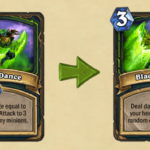 While the majority of the balance update hits Demon Hunter, there are also a few key nerfs to potent neutral cards that helped elevate strategies, like Voracious Reader and Lorekeeper Polkelt. The nerf to Dinotamer Brann is a temporary one until Brann rotates into Wild since Highlander Hunter has been a potent force on the Standard ladder. Every card listed here’s eligible for a full dust refund:

Following heavy criticism from the community of the new Progression System, Blizzard has reduced the amount of experience needed to reach certain levels. In addition, some of the rewards were reworked.

Here are the exact changes:

You can experience the Winter Veil and more now that Hearthstone Patch 19.2 is live.