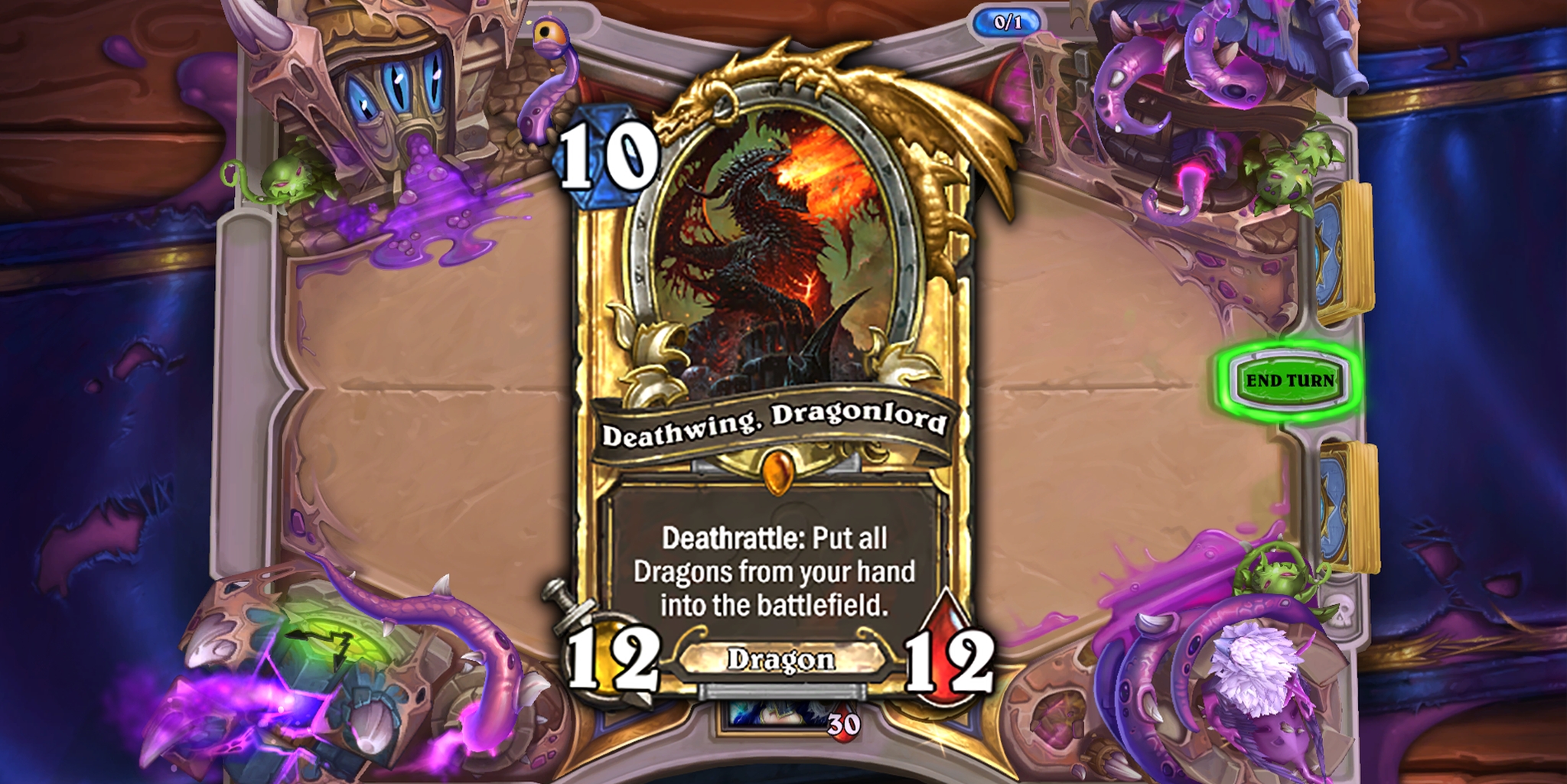 In the Hearthstone community it’s common to hype up certain cards when they are announced. The problem is, we are wrong, a lot.

I thought Varian Wrynn would be a meta-defining Control Warrior card, and Grim Patron might fit into a few gimmick Tavern Brawl decks. You’re never going to be able to fully estimate a card’s value until you play with it, which is half the fun of the pre-release buzz. Yogg-Saron is a great example. Nobody had any idea how a minion with an effect that drastic would play out in a game, and it provoked a huge number of contrasting opinions. That’s fun! And it’s healthy for Hearthstone itself. It’d be boring if everyone could estimate value with one glance.

However, there are certain occasions where the community believes something to be a no-contest slam dunk, and things don’t exactly work out that way. Here are five Hearthstone cards that were grossly overhyped by you, me, and everyone else.

I still can’t figure out why this card didn’t work. A five mana 5/5 is totally solid for its cost, and a permanent two mana discount on a future minion should kind of always be good—but, surprisingly, the promise of a seven mana Ysera or a seven mana Nefarian was never quite worthy.

I think the thing we’ve come to understand about Hearthstone is that it generally hosts a pretty aggressive meta. The decks you find consistently at the top of tier lists are things like Zoolock, Tempo Mage, and (more recently) Aggro Shaman. There are exceptions of course—Control Warrior has always been good, same with Renolock and Freeze Mage—but a discounted cost on an already semi-overpriced minion sometime in the distant future just wasn’t immediate to build a suitable deck around. This game has always been more about tempo than value, and if you remember that when evaluating cards, you might not embarrass yourself like I did after preemptively coronating Dragon Paladin as the next big thing.

Not to harp on dragon cards, but I think this is a teachable moment. The promise of Deathwing, Dragonlord is insane. You could get, like, Ysera, Nefarian, and Malygos on the board without paying anything, that’s awesome!

Unfortunately, we failed to realize that we were postulating a dream that required a ridiculous amount of greed. Not only do you need to run several 9-plus mana-cost cards for this to work, you also have to draw, and play, a 10-mana cost card. I seriously cannot think of a greedier win condition. N’Zoth works because you’re getting an immediate battlecry that’s not dependent on what’s in your hand, C’Thun works because it’s a board clear and a giant minion in one—Deathwing, Dragonlord was way more finicky than either of those, and we were silly to believe.

I’m not going to apologize for thinking Troggzor looked meta-defining. It dodged Big Game Hunter, it was aggressively priced at seven mana, and it countered almost every type of removal! That’s kind of what you look for in a control deck, right?

Everyone drank the kool-aid. I spent my dust on him as soon as Goblins vs. Gnomes dropped. but unfortunately, it never quite hit. Troggzor was far easier to play around than we realized. Your best bet was landing him on an empty board, but we’ve learned that an empty board in Hearthstone is a difficult thing to muster—especially in the deathrattle meta before standard. It’s always important that your high-cost minion has an immediate effect when it hits the board, but Troggzor put all the initiative on your opponent. We ranked this significantly higher over Dr. Boom. I know. I’m sorry.

This card is one of my favorite failures, because in so many other classes it could’ve been great. The idea of drawing unlimited class cards sounds fantastic, especially in something like Rogue or Warrior. But in Hunter, where you’re always going to be playing something sort of aggressive, you might end with a stack of King of Beasts and, I don’t know, Stablemasters.

It didn’t stop us from getting hyped though, maybe because it was one of the first cards unveiled ahead of The Grand Tournament, or maybe because the utility just looked too good, but unfortunately it was never better than just hitting your opponent in the face, or playing cards that were in your deck on purpose. Sure it’s not a total bust—there’s people enjoying that Yogg ‘n Load abomination right now—but it was never going to be competitive, which certainly seems more obvious in hindsight.

I actually remember the exact moment that Hungry Dragon was doomed. I was talking to a friend about how I thought the minion would become the new standard mid-range filler card, because a 5/6 on turn four locks down the board better than anything in the game, and they quietly said, “Well, you know, if it ends up summoning a 2/1 one-drop, that’s basically a 5/4 for four.”

Oh. Yeah. I guess that’s true. That’d be worse than a Yeti, wouldn’t it?

The chance of disaster with Hungry Dragon is so much higher than the reward. Yeah, there’s a chance you get a big minion ahead of curve, but it can also be cut down to size by the right one-drop, or worse, summon a Flame Imp or Injured Kvaldir. Piloted Shredder got by because even if you got a crappy two-drop, it was still yours to play with. Giving opponents resources is bad, and I think going forward we’ll be more hesitant to endorse effects that add numbers to your opponent’s board.