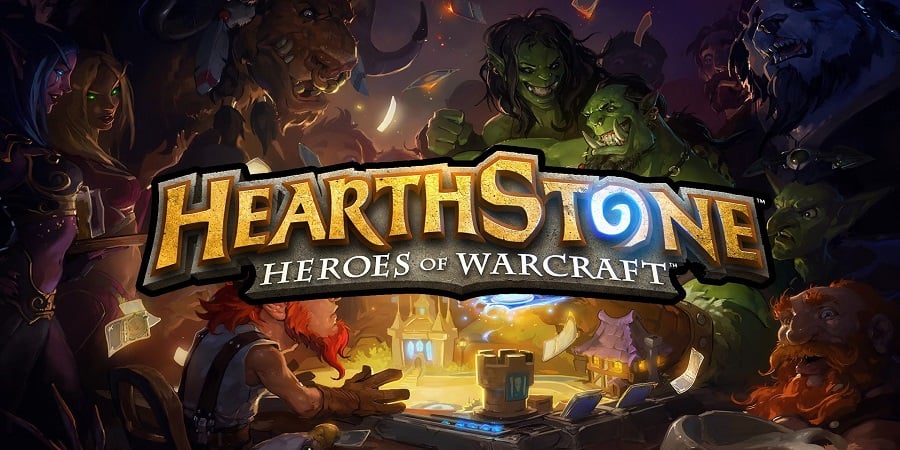 It recently came to my attention that the popular game ‘Hearthstone’ was released on Android and iOS handheld devices. This marks the first time a competitive eSport can be played from a cellphone, and it’s a great move by Blizzard, developer of the popular video game.

Hearthstone: Heroes of Warcraft is a digital card game based on the World of Warcraft universe. Released little over a year ago, the game has attracted over 25 million players from around the world. Following suit with several other popular competitive games, Hearthstone is free to play, not including optional microtransactions in-game of course.

When I think of card games, the first one I think of is Pokemon. I suppose that just shows my age, growing up in the middle of the Pokemon craze where almost all of the kids in school were collecting the playing cards, watching the daily tv show, and playing the awesome Gameboy games. I never played another card game after Pokemon, regarding Yu-Gi-Oh as a cheap knock off (that’s just what I used to think, sorry!). In fact, in my years of collecting Pokemon cards, I probably played less than 10 total matches against my friends. It was a great time to be a kid either way.

Card games haven’t interested me since then, and even Hearthstone has not interested me until I heard that it would be available to play on my phone. Call me lazy, but I never had the urge to download it to my computer. However, I downloaded the game to my phone just 3 days ago and now I think I’m hooked; I even downloaded it to my computer in case you were wondering.

The first thing I noticed? The voice-overs. They are great! I love starting up the game and hearing the Scottish accent tell me to come in and shut the door because, “It’s cold out there!” The whole feel of the game, even in the start menu, is homely and inviting. It’s definitely a universe I want to be a part of!

Playing from a phone is great because of the simple menu and ease of use with a touch screen. After downloading to the computer, I noticed that the layout was just about the same anyway. Making things simple is key, especially for new comers.

The learning tutorial made it easy to become accustomed to the game, teaching each part of the game step-by-step. By the time I was done the tutorial, I wanted to jump right into a multiplayer game, but new players need to unlock all 10 characters before doing so. More practice was probably for the best because when I entered my first casual match I was still not quite prepared.

To be honest, my win/loss record is probably sitting at 0.500. I’ve played a few opponents who clearly had special cards in their deck, which got me thinking that I should open up a few of the packs I had earned and incorporate them into my own deck. Some decks I’ve made were good, some awful.

Each of the characters have their own special characteristics, which makes the game constantly exciting as I try out new techniques. I haven’t played quite long enough to have tried them all, but I think the starting class ‘Mage’ is a lot of fun and I’ve experimented a bit with the ‘Warrior’ class with some success. Unlocking new cards, i.e. new abilities, is hard to get used to at first but doesn’t take long to get accustomed to. I sometimes fail to use special abilities correctly though.

I think the hardest part to get used to, which also happens to be the basis of the game, is learning when to play certain cards. A smart move can make it or break it for you, and running out of cards is the absolute worst. At the point when you don’t have any cards left in your hand, you might as well call it quits. I once lost a game when my hero had 16 health points left because the other player had his minions stacked and I had one measly Murloc left to defend…

I never thought I would enjoy a card game this much! Hearthstone will probably be taking up too much of my time for now on, but at least the matches are a mere 15 minutes in length! I’ve won 3 ranked games and can’t wait to win some more. Too bad my girlfriend doesn’t feel the same (she doesn’t play video games other than Candy Crush anyway). I let her play a practice match, and after defeating the first 1 mana minion, she decided the game was dumb and gave me my phone back. Oh well.