Welcome to the latest installment of Hearthstone Mastery, where I take universal principles from my gaming experience and apply them to Hearthstone with a beginner’s mind.

If you haven’t checked out the previous articles about setting goals and a Game Plan, and mastering your psychology, I urge you to go do so now, or at least bookmark them for later reading – as they contain important information that will empower you to get the best results from this and other tactical posts.

The purpose of this article is to help you become clairvoyant. Sadly I can only help you achieve this in a Hearthstone context, so you won’t be solving any crimes before they occur or anything – but you will at least know what your opponents will do in their next turn, and I think we can both agree that that’s a pretty cool thing, no? 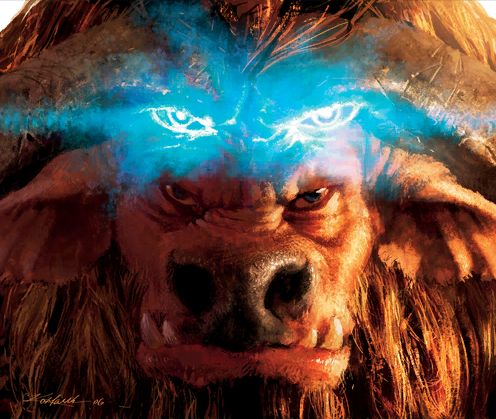 At the core of any good game is decision-making. You have limited resources (in Hearthstone’s case: Cards, Mana, and Health ) and at any point in time you have several ways of using them to reduce the opponent’s resources. Even when you have the board clear and no cards in hand, you get to choose whether to play your next draw, or hold on for a better opportunity.

If all you have is a card you can’t use – well, you’re in a tough spot. You have no decision-making power.

We’ve all been there. Who hasn’t tried to glimpse a friend’s hand during a friendly card game? Yeah, we knew it was wrong, that it was cheating, but winning is fun, and it’s among friends, so no harm done, right?

But why did we do it? Well, at a base, fundamental level, we all know that who has the most information wins the game. I know this sounds terribly obvious, but at times we are so focused on the turn-to-turn gameplay that we forget to ask ourselves: “What is my opponent likely to have in  her hand?” “What has he been building towards with his last two plays?”

The most basic state of “information gathering” is understanding which deck our opponent is playing. That is Phase One Information, and can be quickly gathered by a combination of:

At most, by his 2nd turn, you should know what deck he is playing.

Information Gathering #2: Your Role in the Match

Phase Two Information is you understanding what’s your role in the current matchup. Just because you play an Aggro deck doesn’t mean there won’t be matches where you will be forced to play Control. Your deck’s play style will be conditioned by both your opponent’s deck and each player’s early draw. This is especially true in mirror or near-mirror matches.

The player that first understands his role in the fight will gain massive advantage. If you struggle with knowing what is your role in some matchups, I encourage you to review the TCG Fundamental’s section of Zhandalyhs’ Legend Guide , and if you have any previous familiarity with Magic: The Gathering, this article is invaluable.

I will write the next bit in bold so you know it’s important:

Don’t bother with learning anything else until you can consistently determine your role in a match. It’s the in-game equivalent of setting your goals. You need it as a base to build your strategy on.

You don’t have to feel like this every turn. Try to plan ahead and predict what your opponent will do, but don’t go deep into any path – think short-term, one-two plays ahead, as to avoid overwhelm.

Phase Three Information is the one I want to focus on next. Now that you know what decks are in play and what play style you should adopt, information gathering is about trying to figure out the answer to the two questions I mentioned earlier:

Or, in other words, as you can’t be clairvoyant (sorry, I lied) you have to do the next best thing: be knowledgeable and pay attention.

You should pay attention to his hand. While pro players usually minimize their tells, they sometimes forget to – they failed to master their psychology – and most players you will meet won’t be pro anyway and will easily fall into the trap of messing around with their hand while thinking plays through.

If the opponent often touches but does not use a card in the left side of his hand, you can safely guess it’s a swing card that he’s saving for the right moment – do you have any powerful minion ability in play? Maybe it’s a silence. Or maybe it’s part of a combo.

This is just general knowledge, though. It gives you an idea of the general effect of a card the opponent may have in hand, but you need to extrapolate the rest. What if there was a more accurate way?

Well, there is, but you’ll have to…

Become a Jack of All Trades and a Master Of One

An advice I hear time and again when people are talking about Hearthstone is to “pick a deck and stick to it”.

This is very general advice and the problem I have with it is that it’s very good to help you with specific objectives, IE climb the ladder or become better at deck x, but doesn’t make you a better Hearthstone player overall, which is the purpose of these articles.

I want to make a case for playing many different decks. Stay with me, it’s not as mad or counter-intuitive as it sounds, and not as expensive either. Give me a few paragraphs and I’ll explain why.

You should have all kinds of decks. The reason for this is that, no matter how many videos you see, or how much you read about it, nothing gives you “insider knowledge” on a deck’s inner workings like playing it.

There’s a place for reading up on decks, and for watching streams, of course, but the neural associations that you form from playing are far more powerful – and you know this already. Think back to watching someone else play a deck you master – didn’t you often guess their plays in advance? Didn’t you, some turns into the game, guess that “he probably has card X and Y”, and were mostly right?

Having experience with a deck is the closest you can get to clairvoyance.

Now a lot of decks are expensive to craft, I get it, and plus it’s time-consuming. Isn’t it much easier to focus on mastering a single deck instead? Consider the following:

When you meet an opponent playing a deck you know inside out, this is how you’ll play. It feels good.

How much time should you spend getting to know other decks? Well, you should find out what feels right for you. Here is a sample regimen to get you started. Of your allotted Hearthstone time, spend:

Specific goals require specific methods, tailored to both the goal and each individual player. For example, if you aim to grind for Legend this month, a more realistic split might be 80 / 10 / 10 . But the better player you are, the shorter the grind will be.

Your assignment for today

So what deck will you craft? Get out of your comfort zone! Try to play a deck archetype you’re not used to. Then, come back and share any insights in the comments.