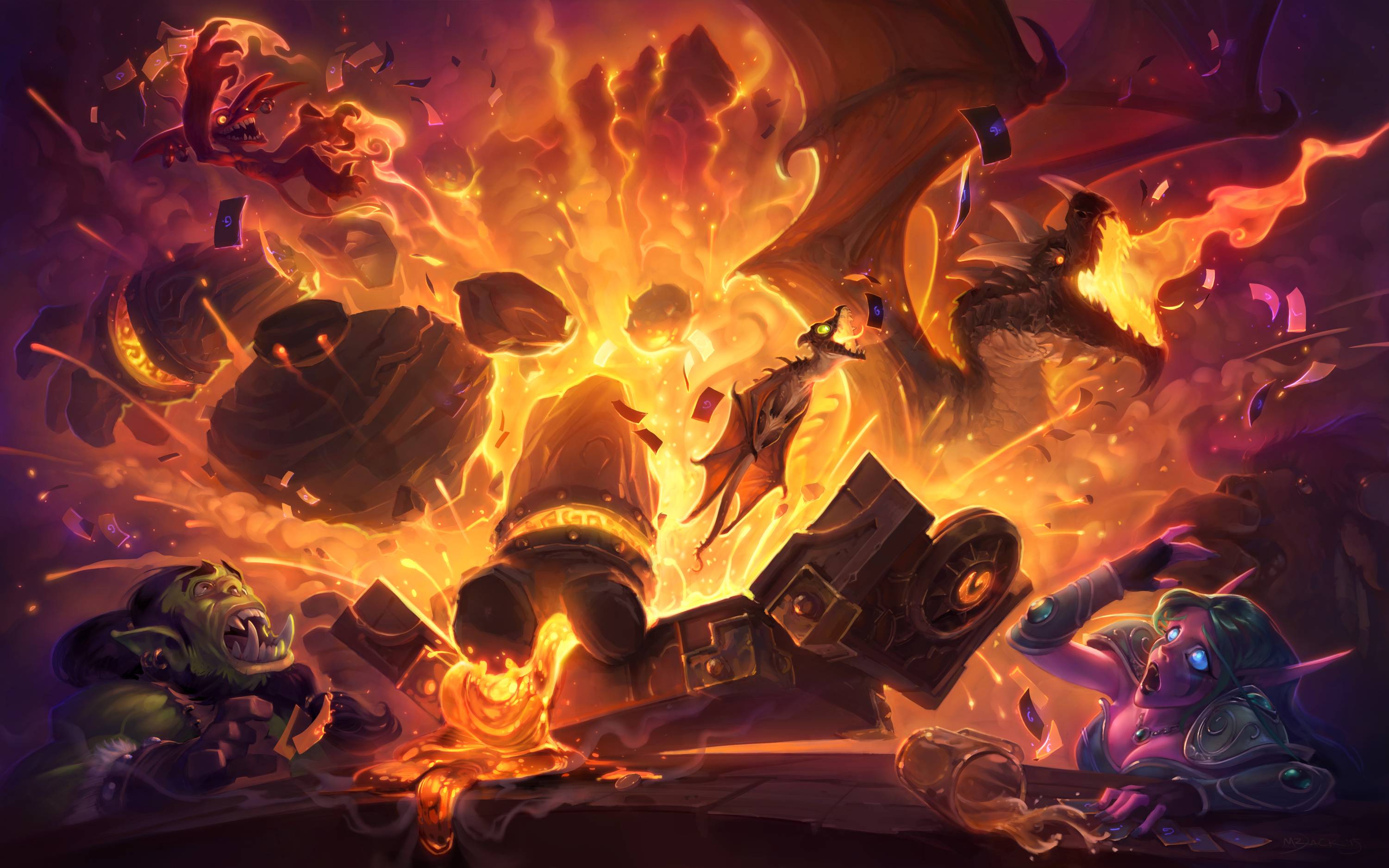 I’m really glad the concede function exists in Hearthstone, because there’s nothing worse being completely out of ammo and tepidly passing the turn until you die from fatigue, or tempo, or worse. It cuts out a lot of BM, and can be a very gentlemanly way of ending a competitive engagement. All the heroes come with some sort of reluctant quip (“You have bested me,” “Well fought, I concede”) and yeah, this game would be a lot more infuriating without it.

There are certain circumstances, however, in which conceding a Hearthstone game is the worst thing you can possibly do, where it’s mostly a selfish way to save face and rob your opponent their rightful glory—and it’s time we, as a community, set some ground rules. Below are the four times where you should never, ever concede in Hearthstone.

When someone hits their combo

You’re totally justified in conceding when you’re ground down by a Control Warrior or overwhelmed by a Zoolock. Nobody would argue that. But when Grommash/Slam hits the board, or a Brann-C’Thun, or even something really silly like a Divine Spirit/Inner Fire Stormwind Knight one-turn-kill, it’s on you to sit back and take your medicine. There’s nothing more satisfying than pulling off the burst combo your entire deck was built on, and we have to let our opponents relish the moment.

When you missed lethal

Hearthstone is a game about getting punished for your mistakes. Yeah, that’s right, you were so used to clearing the totems that you didn’t realize you totally had lethal with that Fiery War Axe swing. Oops. Now it’s your duty to sit through the endless emotes and absorb that sickening, self-inflicted punish. It’s the worst way to lose, but having your missplay flaunted in your face will make you a better player.

When it’s a bad matchup

This is more to do with instant conceding, and it’s something you see a lot in tavern brawl where the weekly meta can be highly concentrated and super volatile between decks choices. You should at least wait til turn five or turn six before accepting your doom. I mean, there’s the off chance you beat the statistics and pull out a victory, but also it’s more fun for everybody to play things out for a bit. I know it’s tempting to immediately bounce out when you queue your Freeze Mage against a Warrior, but nothing is impossible okay?

When The Ancient One is summoned

The Ancient One requires the most obtuse combo in the game—nesting two 9/9s on your board, watching them combine into a 30/30, and subsequently hoping against hope that your opponent doesn’t have an answer. It’s a similarly ridiculous win condition, much like the Mimiron’s Head combo or the Majordomo summon. If you can’t answer, however, you absolutely need to let your opponent get the kill. I don’t think there is any sin greater in Hearthstone than conceding when you’re staring down The Ancient One. You’d only do that if you hate gratification, which makes you a bad sport, and probably a bad girlfriend or boyfriend too.