Hello guys, Giordy here! Welcome to GVG Experimental Decks series! In this series I am going to present, along with other reviewers such as Spark, a number of decks that we have been testing on the ladder now that the new expansion Goblins versus Gnomes is finally released. These are going to be decks that are tested by us and which we find fairly consistent and fun to play. The purpose of this series is to show you our builds, so that you can test them, too, and give us feedback on their strengths and weaknesses. It is noteworthy to say that these decks reflect our personal playstyle and may not respect everyone’s tastes. Nonetheless, I hope you enjoy our builds  and that they  can give you guys good ideas when it comes to building your own deck to play on the ladder!

As soon as GvG was released I tried to create synergy between all the mechs that were released, hoping to find a deck that best reunited the strengths of all the mechs put together. I tried to build a Mech Hunter because of Rexxar’s 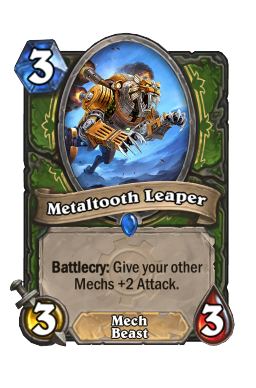 metaltooth-leaper but, although the deck I tested didn’t work that bad, I felt like deathrattle hunter was still better. As a matter of fact, one of the best hunter players out there, Spark, recently published his updated version of Huntertaker, which adds to the original deck some mechanical power thanks to minions such as

piloted-shredder, but which remains in essence a deathrattle-themed deck. I also gave zoo a try and I have to say that, as always, zoo can find synergy among several cards and it is certainly fit for this mechanical meta. Once again, Spark has found a build that works incredibly well for this meta: you can find both decks here.

Among the various heroes I tried who could “host” the best mech-themed build, I found Jaina to be quite consistent. Without even realizing it, I took the original aggro mage concept and I adapted to this meta. Taking advantage of

Mechwarper, the deck I created can quickly flood the board with an insane amount of minions, preventing your opponent from gaining any tempo. For those of you who are familiar with the TCG Magic the Gathering, this deck will remind you of Magic’s Affinity deck.

In the timespan of only 3 days I climbed from rank 13 to rank 4 with this deck! But enough theory, let’s get to the core of the build!

The deck strategy is pretty simple: flood the board with minions early on and keep it clear as much as possible, making all the advantageous trades. Once you have enough spells in your hand to pull a lethal, forget the board and hit the enemy’s face until you finish them with spells.

For those of you who are used to playing zoo, this deck works a little like it, with some little difference. Unlike zoo, you can’t refill your hand -and, hence, the board- with minions, so you have to be very careful when trading your minions. On the plus side, it doesn’t matter if your opponent regains control of the board later on in the game, as long as you have dealt enough damage to them: even if they play huge taunt minions, once their health is low enough you can finish them off with your spells, without worrying about the board anymore.

A classic example of this playstyle is the handlock match. When playing against handlock you wanna play as many minions as you can early on, hitting their face hard (beware of

shadowflame), and when they pull out their molten giants and taunt them you can easily finish them off with Fireballs, Frostbolts and Ice Lances.  The same principle applies to all other matchups: you only need to figure out when is the best time to stop trading and go for the face.

Since the deck has some real synergy, there are several combos you can pull out when playing it. With a lucky hand, you can play from 3 to 4 minions by turn 2, depending on whether you have the coin or not. I will present you some favorable scenarios with and without coin.

With coin (other scenario):

The deck strength relies completely on the initiative: this means that it’s fundemental to hold board control during the first two to three turns. If you know how to play the deck and you get a good hand, the game can be over by turn 5. I had many people ragequit or concede on turn 5.

Consider that you will gain a lot of spare parts during the game: Clockwork Gnome, Tinkertown Technician and Mechanical Yeti all give you spare parts. Even if spare parts do not have a huge impact on the board, they are precious in this deck, because they can be used as fuel for Antonidas. This means that the more parts you keep in your hand during the game, the more Fireballs you will have when you get to play Antonidas. Other than that, spare parts can also be used in combo with Mana Wyrm, allowing you to push your damage even further.

As I said, you need a quick start in order to pull a victory with this deck. This means that it is necessary that you get 1 drops and two drops during your initial hand. There have been many times in which I threw back a good old

harvest-golem because I didn’t have any one-mana or two-mana minion in my hand.  Your ideal start is either Mana Wyrm or Cogmaster, or both, followed by Mechwarper or Snowchugger.

Many mages tend to keep

frostbolt in their hand: while keeping this spell is good for Midrange Mages, in this particular build you want to save all your spells to finish off your opponent. Thus, I usually throw back Frostbolt during my mulligan, since I prefer to answer my opponent’s threats with other threats of my own, trying to pull favorable trades.

You always want to throw back 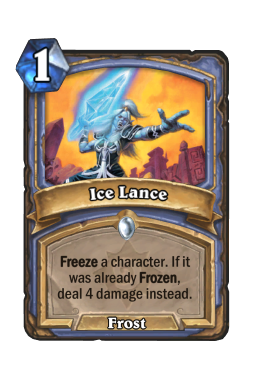 ice-lance. I generally also throw back

water-elemental, unless I already have a very good curve in my hand. Keep Tinkertown Technician only if you also have at least a mech that it’s likely to survive (e.g. Harvest Golem).

As I already stated, the decks we present in this series haven’t been tested for very long, so they are still open for various changes or substitutions. The build I posted to you guys is the one with which I am currently most comfortable; though, depending on your playstyle, you can change several cards in the deck, making it a little more different. I initially didn’t have Antonidas in my deck; in his place, I was using a

pyroblast. I have to say that both cards have their pros and their cons. Antonidas gives you fuel to push the damage through, and that is helpful especially in matches where your opponent heals himself or gains armor (priest, paladin, warrior). On the other hand, you can’t use the Fireballs you can on the same turn that you play Antonidas. That means that if you’re about to lose, you will lose anyway. With Pyroblast, instead, you don’t give your spare parts a good use, but you have a big, instant finisher for when things go south. So, you might want to consider using either Antonidas or Pyroblast depending on your needs and on the opponents you face.

Another disputable minion in the deck is 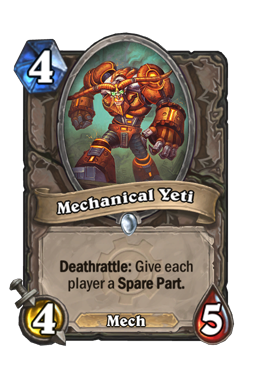 piloted-shredder and had it changed, because the yeti better synergizes with Antonidas, since it gives you a spare part when it dies. If you use Pyroblast, though, you may want to consider using the shredder over the yeti, because the former is stickier and gives you a more persistent board presence.

Another viable substitution can be 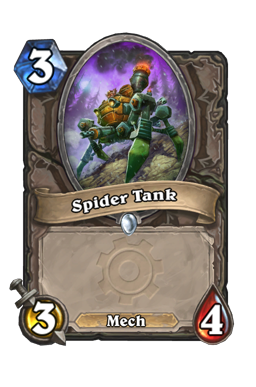 If you lean towards the midrange playstyle, 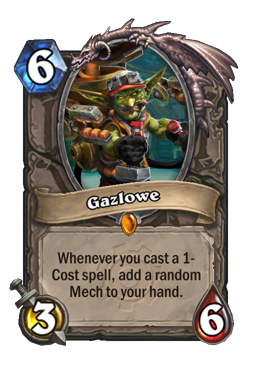 Gazlowe is a great legendary to have in your deck. Along with Antonidas, it makes use of Spare Parts and replenish your hand. I don’t personally run it because it is too slow for my deck, but if you want to go the midrange route you can remove the Cogmasters and use Gazlowe and 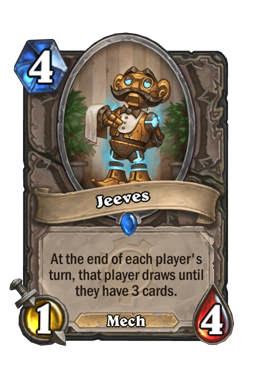 Jeeves could be a nice tech choice: using this funny fella instead of some late-game

archmage-antonidas could give you the possibility of refilling your hand and “fish” for lethal. It is definitely worth giving this guy a try!

A lot of people have been discussing the strength of

unstable-portal. The general opinion is that for 2 mana the card is really worth the risk, because chances are that you will get some value out of it. I didn’t include this spell in my deck because I didn’t want to slow it down too much, especially if you don’t get much value out of it, given the randomness of the spell. However, it is surely worth trying the card out in the deck. A possible substitution would be Cogmaster Summoning Portal: this would slow the deck down a bit, but it would give it some more mid-game power.

I have been really enjoying this new aggro mech mage I built and I plan on climbing the whole ladder with it. I am on an insane win streak and I have to say that matches go really fast: you either win quickly or lose quickly. This allows to play more games, hence climb faster.I hope you will appreciate the deck as much as I do! Let me know what your thoughts on it are!

As always, if you have any suggestions, tips, or questions, feel free to write in the comments section below.