Greetings all! [DKMR]BorN is back with another deck guide. Today we’ll be looking at a deck that has fallen slightly out of favor lately: Handlock. Although not being played as much, due to the flavor of the month being its counter, Hunters, Handlock is still a very strong and fun deck to play with.

Handlock is a Warlock Control deck that abuses Warlock’s Hero Power, Life Tap, to build a large hand; this allows the player to use cards such as

Twilight Drake on turn four. Not only does this give you strong board presence, but card advantage typically from Life Tap.

Big Game Hunter for Mountain Giant or silence for the Twilight Drake, Handlocks further establish their lead by taunting up their big minions or even using Faceless Manipulator; use this when your opponent lacks the removal to deal with your huge threats. This is just the tip of the iceberg when it comes to the big creatures tucked away in this monstrous deck.

Just glancing at the deck list, almost one third of the deck are cards costing 6 mana or higher. That’s a pretty steep curve! Four of the eight are Mountain Giants and

Molten Giant; which can be played sooner with the more cards you have in hand or the less health your hero has, respectively.

Another card here normally only seen in Handlock decks is

Lord Jaraxxus; a card which replaces the Warlock hero with Lord Jaraxxus who has 15 health, a 3/8 weapon, and a ridiculous Hero Power that summons a 6/6 Infernal for only TWO mana. Although on paper he sounds overpowered, we’ve seen him be dropped from Handlock decks for cards better suited to help against Hunters, yet he remains on our list as he is the key win condition to beating some decks, such as Warrior Control.

Note when playing Lord Jaraxxus: Molten Giants mana cost will now be based off Lord Jaraxxus max life of 15 instead of the 30 health of the Warlock. This means a Molten Giant will cost 10 mana when Jaraxxus is at five health, so exercise caution before playing Jaraxxus.

The last late game minion in the deck,

Hellfire, and enemies. Alexstrasza helps us boost our life back up when we get low so we can stay in the fight. The other use of Alexstrasza is to be used offensively on your opponent. This helps us setup for lethal damage with our

Faceless Manipulator combo, dealing 20 damage with just those three cards alone or even more with

Besides Soulfire, there are some other potent spells utilized by Handlocks.

Siphon Soul is a powerful hard removal spell that also restores three health to your hero. Hellfire is an area of effect removal that deals three damage to ALL characters. This can also be used to help push your health in range to play Molten Giants.

The last of these is

Shadowflame; a spell which sacrifices a friendly minion, dealing its attack as damage to all enemy minions. This is an excellent way to clear your opponent’s minions, as sacrificing cheap yet high attack minions like

When going up against Midrange and Control decks, it’s best to mulligan for one of your strong turn four plays like Mountain Giant or Twilight Drake. If you already have one, try to get strong spells like Siphon Soul and Hellfire to help with board control. Against Aggro decks, Hellfire, Molten Giants, and taunt-givers are your main priority.

The play-style against Midrange and Control decks is pretty simple, just Life Tap the first few turns to build up cards, then play one either Twilight Drake or Mountain Giant on turn four. From there you should focus on developing a strong board and removing your opponent’s minions; eventually either flat out winning with your giants, or using Alexstrasza to setup a Leeroy combo finisher.

As for going against Aggro decks, be careful with Life Tapping, as you’ll want to keep your life up while you try to stabilize. Although sometimes it can be okay to go for the strong turn four play, a simple Ancient Watcher with taunt can be enough to buy you time to make it to the late game where taunted giants will crush your opponent’s chance at winning.

Try to keep their armor down so they can’t Shield Slam your giants. If you have an Ancient Watcher and an Ironbeak Owl, you can harass your opponent into wasting their precious removal on your watcher, while also knocking down their armor. Earthen Ring Farseer should be used to prevent your minions from being executed, or to keep you out of combo range. Be careful of

Brawl as you don’t want to let your big minions die for free.

Do everything possible to survive until turn nine. Taunting up Ancient Watchers and Molten Giants are the best ways to victory. Once you get to turn nine, use Alexstrasza and Lord Jaraxxus to keep healing you back up while you try to steal a win in this very unfavorable match up.

Hellfire and Shadowflame will buy you time against their beatdown, but what really seals you the win is two big taunts. Aggro Warlock really struggles to efficiently get passed your taunts unless they are running The Black Knight; so once you stabilize with taunts, your opponent has absolutely no chance of winning.

Your opponent will try to

Sap your early big minions. This may discourage you from playing them, but keep trying to get them to stick to the board. Doing so forces your opponents to burn Saps early, which clogs up their mana preventing them from doing other things. Keep throwing down minions, especially with taunt, as then the Rogue will have to use cards like

Eviscerate to take out your more durable minions. Keep a taunt down at all times to prevent potential Leeroy Jenkins finishers.

Unless your opponent has a Big Game Hunter or

Keeper of the Grove ready for your threats, this should be a pretty easy match up, since Druids lack hard removal to take care of your beefy creatures. A pretty straightforward match up, just keep removing their minions while you stabilize; Druids really struggle here unless they can Innervate an early big minion like

If you’re looking to drop cards from the deck like Lord Jaraxxus or looking for card alternatives, there are several cards other Handlock variants choose to use. ylvanas Windrunner and

Harrison Jones are notable tech cards, whether you need help controlling the board or are having trouble with weapons; these two cards make great additions to any control deck.

If you aren’t seeing many Big Game Hunter targets, drop it for a 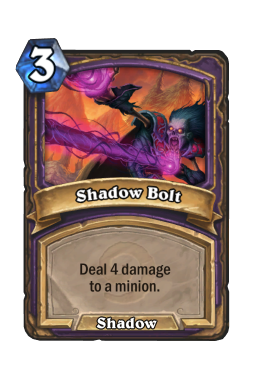 Shadow Bolt or a second

Earthen Ring Farseer. If you’re looking to replace specific cards, feel free to reach out to us at DKMR for help.

Today we looked at the standard Handlock build and how it should be played. Although Handlock has seen a decline, it is a deck with much untapped potential. We recently saw Gaara of Team Tempo Storm show off a more tempo-oriented version of Handlock at Dreamhack Bucharest, ultimately becoming the tournament’s champion. Keep track of your stats on on Hearthstats This could be the start of a new wave of Handlock varieties. Stay tuned…

You can find all of DKMR’s streamers at www.dontkickmyrobot.com with the days they stream! If this deck peaks your interest, check out [DKMR]BorN as he is a fabulous deck builder and a fantastic player.

As always, big name players and big name tournaments tend to be the trend setters of the meta. With Dreamhack Bucharest last weekend, top players gathered and revealed some very interesting and powerful decks. These decks will no doubt be showing up on the ladder in the coming weeks. These decks are: Gaara’s Warlock, Amaz’s Druid, and Danielctin14’s Shaman.