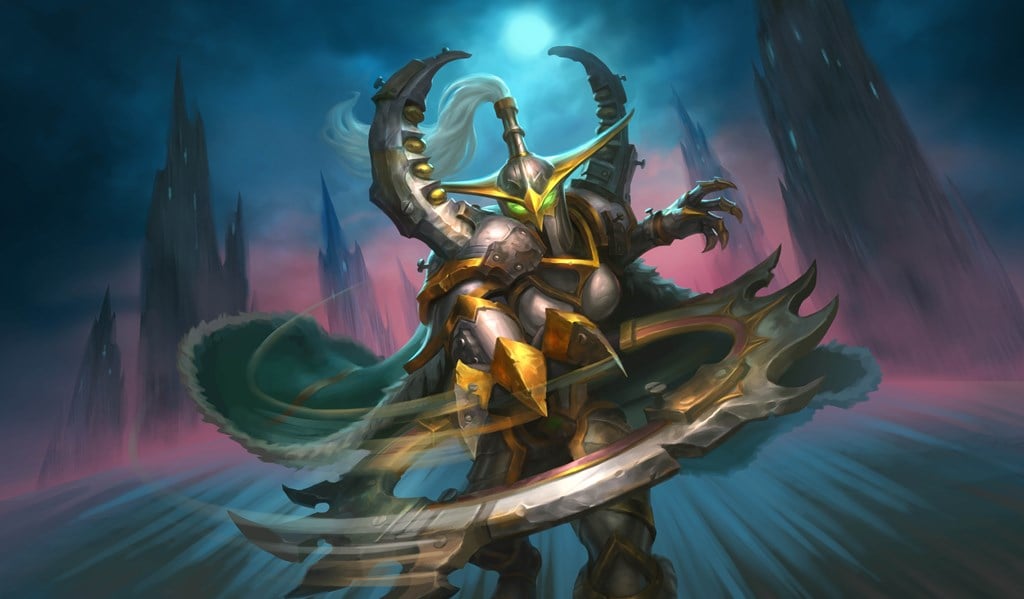 If you aren’t a part of the official Hearthstone Discord server, then apparently you should be. The server just revealed a new Epic Rogue minion that gives fans another a peek into what Ashes of Outland might hold for the class.

Greyheart Sage is a three-cost 3/3 minion with a Battlecry. When Greyheart sage enters the Battlefield, if you control a Stealthed minion, you’ll draw two cards.

It’s important to note that the card text says a “Stealthed” minion and not a “minion with Stealth.” Minions who have Stealth enter the battlefield Stealthed but become visible once they attack. This means you’ll likely need to play Greyheart Sage on the same turn or a turn after dropping a minion with Stealth.

Part of the appeal of the Rogue class in Hearthstone is the same as it is in World of Warcraft—the notion of attacking your opponent from the shadows and dealing unexpected damage to vulnerable foes. When Blizzard puts an emphasis on class fantasy in Hearthstone, we’re rewarded with some of the best decks in existence.

Highlander Mage, for example, captures the fantasy of being a magic user rummaging through an endless spellbook for the right tool perfectly. The more sneaky and sudden the Rogue class is played, the more its class fantasy feels realized.

You can check out all of the goodies coming to Rogue when Ashes of Outland goes live on April 7.