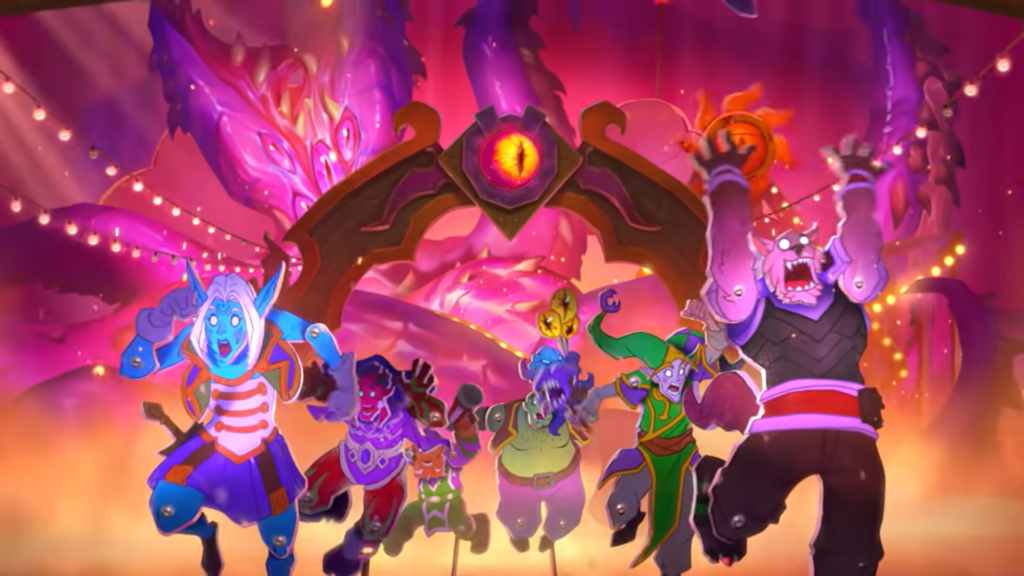 The latest card to join Hearthstone’s upcoming Madness at the Darkmoon Faire expansion is Grand Totem Eys’or, a three-cost Shaman Totem with zero Attack and four Health. It reads, “At the end of your turn, give +1/+1 to all other Totems in your hand, deck, and battlefield.”

Grand Totem Ey’sor could just be the card Totem Shaman needs to thrive in the meta. The Legendary card is a must-have for the deck, providing a burst of power for cards like Totem Golem, Trick Totem, and EVIL Totem.

Its cheap cost and its four Health allow it to slip perfectly into the deck, going hand in hand with cards such as Bloodlust, Totemic Reflection, Totemic Surge, and Totemic Might. It’s an early threat that can’t be underestimated.

It’s unclear how Totem Shaman will stack up against aggro decks or if it’ll see the light of day in Madness at the Darkmoon Faire. But with Grand Totem Eys’or at the helm, it most certainly has a fighting chance.

Hearthstone’s Madness at the Darkmoon Faire begins next week on Nov. 17. But fans can pre-order the expansion today in one of two different bundles from Blizzard’s online store.