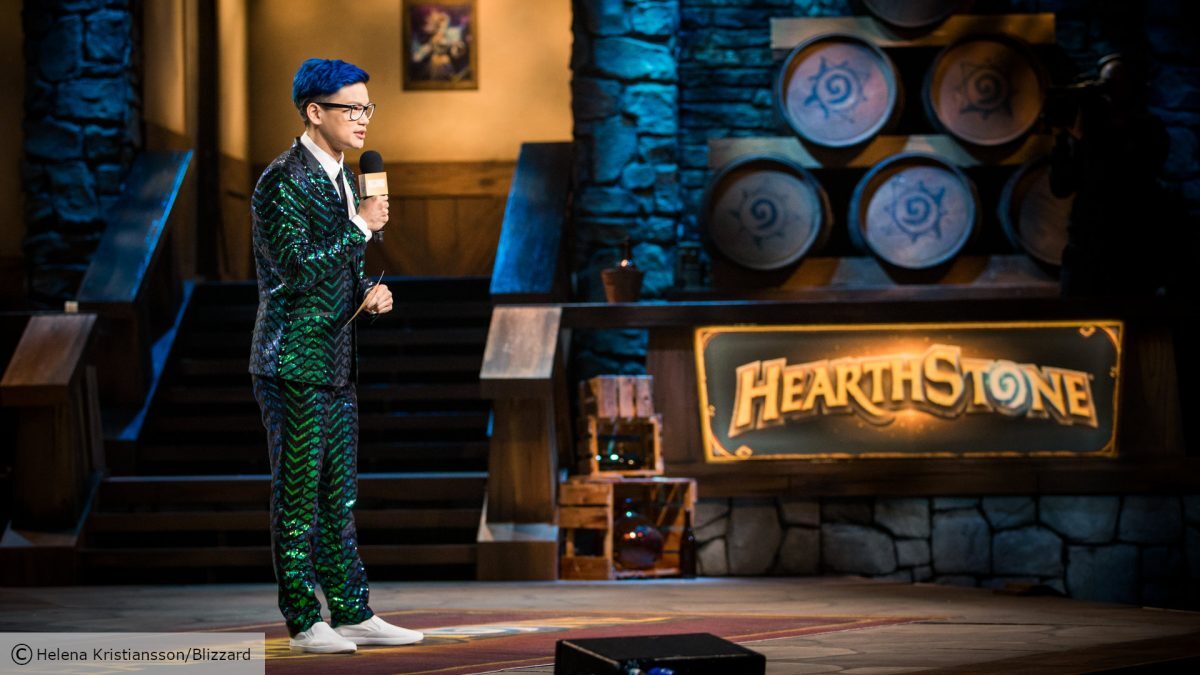 Dan “Frodan” Chou, one of Hearthstone’s longest-standing casters, is stepping away from casting Hearthstone Grandmasters “next season and beyond,” he announced today.

In his brief message, Frodan gave no specific reasoning for his decision, but he added that he’ll be replaced by “deserving people like [Neil “L0rinda” Bond] and upcoming women in the community.” It’s unclear if Frodan is retiring from casting Hearthstone altogether or if he’s solely moving on from casting Grandmasters.

Frodan is one of the most popular members of the Hearthstone community, beginning his career in early 2014 when the game was still in its beta phase. He’s been a host and caster of various Hearthstone events, becoming one of the most-liked personalities within the community. One particular characteristic of Frodan that stands out is his interesting fashion sense, making sure he always looks spectacular during every event he’s participated in.

Even though no official reason was given, some people might speculate that Frodan’s decision could be related to the recent Activision Blizzard lawsuit, where California is suing the company over its alleged mistreatment of female employees. Soon after the lawsuit became public knowledge, employees of the company organized a walkout to protest the “tone deaf” response from higher-ups.