Hello everyone! We’re all super excited for this week right? I sure am!

We are graced with the strongest week of the Naxxramas release: Constructed Quarter. It is the best one, by far.

No cards released this week are bad or weak, every single card has potential and will be played and tested, and we can’t be left out! That is why, we, at Hearthstone Players, are bringing you some fresh theory crafting builds, right out of the oven, for you guys to test and have fun with during this week!

3 out of the 2 of the decks I posted last week were updated into stronger and more resilient decks, and even the druid (which was not updated) is being brought to you guys with its newly updated form: The Watcher Druid!

Lets get right into the action with our first deck, and boy, what an update! 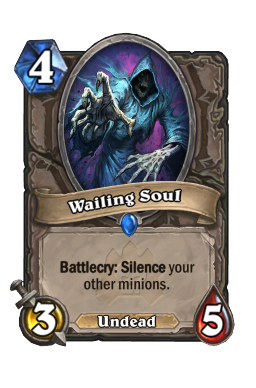 ancient-watcher ever wanted. A strong, resilient way of activating itself!

But while this card is extremelly good, you have to take into consideration that it can backfire often. That is why you need to make a deck all around it, so Wailing Soul wont cause any negative effect on your own minions, or in some cases (this one included)  try to minimize the negative effects.

The first way to achieve this, is to increase the number of Battlecry minions, so less minions with static or deathrattle effects are affected by the Wailing Soul.

So, after some work and hard thinking, I came up with this list. The entrance of the Wailing Soul into the battlefield means that most of the times, the taunt effect on your minions wont be that necessary anymore, so I guess that keeping both

While I also came to realize that keeping both

defender-of-argus was not a good idea at all! At first I tried to think on the deck without any Defenders but after some time, I came to the conclusion that it was not a good idea, the need for taunts is still there, and adding a third taunt-giver minion was still needed, even if dropping a Wailing Soul into one or two buffed minions would nerf them slightly.

This deck works a lot like the pre-Naxxramas charge Druid – it tries to generate tempo with strong and fast minions, and finish the game with a

savage-roar. This is good, but sometimes it is weak in a meta that is more value-oriented, but then why did I kept both combos?

Because, once again, of

wailing-soul!!! The Ghost not only activates the Watchers, it also makes it so the treants from

force-of-nature becomes permanent! Yeah, you read it right! If you cast an

wailing-soul AFTER you cast your

force-of-nature, your treants will not longer die at the end of your turn!

But keep in mind that you have to attack first with them before casting your Wailing Soul, because if you cast it before attacking with the treants, they will also lose charge!!

This is the first out of the 4 decks I will be posting today and tomorrow. I hope you guys enjoyed reading this and be ready for the next batch of decks!