Hello and welcome to yet another Flavor Text and Lore article. Stay a while… And read about the story and lore behind the Rogue Hero, Valeera Sanguinar, as well as some speculation about whom the future Rogue alternate Hero might be.

Valeera is unique in Hearthstone as she is a character that has existed almost exclusively in the World of Warcraft comics. She made a very brief appearance in Stormwind during the prelude to the Wrath of the Lich King expansion, but this blatantly contradicted the comic timeline and is probably regarded as not canon.

So her appearance in Hearthstone legitimizes her as a mainline Warcraft character as has seldom been done with characters created for the comics, and hopefully means she will play a more integral part in future stories in the Warcraft universe.

Valeera Sanguinar is a Blood Elf, though like many, she wasn’t born as such. She was a High Elf child when the undead Scourge, led by the Lich King in service of the Burning Legion, raided the High Elf homeland of Quel’thalas and destroyed the holy Sunwell.

The Sunwell was a pool of pure energy, the source from which the High Elves drew their magical power, and its power and abundance was such that magic permeated every facet of High Elven society, from their greatest scientific pursuits to their architecture to enriching their children’s food.

The impact of the Sunwell’s destruction was such that most people though the race would face extinction. And indeed, the High Elves faced terrible pain and weakness upon losing the source of their magical energy, their numbers thinning considerably.

Worse, they had grown so accustomed to magic infusing their beings that the remaining Elves faced severe withdrawal symptoms, many turning mad. The surviving and sane quickly developed the ability and habit of leaching magic from wherever they could find it, effectively becoming magical vampires of a sort. These are those who came to be known as Blood Elves.

And Valeera, orphaned after the Scourge’s attack, became one of them. Growing up in the streets, she developed the thief’s skills, skulking in the shadows and stealing to survive – especially prizing magical artifacts that she could drain from.

It was in such an occasion, while stealing from a mage, that she was caught, imprisoned, and then sold to a former gladiator, now master gladiator, whom had been assembling a team to fight in an underground gladiatorial arena ring.

While she was still a child by her long-lived race’s standards, she was already fully grown, and so, the orc shaman Rehgar Earthfury took her in and taught her how to fight, with profit in his mind.

History of the Rogue Class

“Rogue” is both a more versatile and politically correct name for what had its start in the Advanced Dungeons & Dragons tabletop roleplaying game as the “Thief”. But the role of the class did not change so much.

The Thief was described as agile both in movement and combat. A stealthy character, her specialties were avoiding detection, finding and removing traps, stealing and pickpocketing. Avoiding combat was preferable, but when needed, her modus operandi was to strike from the shadows and preferably from the back, finishing enemies with a single deadly strike, or poison.

The Thief was then a character of roleplaying excellence, more suited to lateral thinking and intelligent resolutions than most.

These were things that became harder to represent as roleplaying games became more simplified and especially, digitized. In the transition to video games, it was easy to play to the specific skillsets of the warrior (they hit people), the cleric (they healed people the warrior had hit), and the mage (they blew people up). The Thief’s skillset was far more nuanced and in video game terms, it usually required either writing an almost entirely different game experience, or leaving the Thief to play second fiddle. And then there was the “negative” connotations attributed to the word itself, who for some players limited roleplaying capabilities.

So the Thief eventually started to become the Rogue, still capable of stealing and skulking in the shadows, but also a capable swashbuckler, someone who fought with speed and flair, an acrobat as well as an assassin. Something more in line with the more combat centric approach of most video games.

In the earlier entries of the Warcraft universe, especially, the rogue was almost always absent. The half-orc assassin, Garona Halforcen, showed up in a couple of missions of the original “Orcs Versus Humans” game, but that was it. While Blizzard found a place for units specialized in stealth and assassination in Warcraft’s science-fiction counterpart, Starcraft, this was never the case in their fantasy focused real-time strategy titles – the closest being the Demonhunter class in Warcraft III.

The Rogue was finally unleashed upon Azeroth with the advent of World of Warcraft, a game that focused in roleplaying instead of strategy and warfare, and as such was a much better fit for the class.

Being in a very combat-oriented role playing game, Rogues in World of Warcraft are characterized by their combo-based fighting style, that allows them to use finishing moves that grow in power depending on the number of attacks that preceded them. It’s an unique system that has been forever enjoyable and has been masterfully translated into Hearthstone.

Besides their unique combo system, World of Warcraft Rogues can also use a variety of

deadly-poisons to empower their weapons for combat. But anyone that has played Player VS Player matches in the MMO will mostly remember rogues for their unique capability to take out an enemy for what seems like an eternity, stealthing to him and using

sap to immobilize him as his team is attacked. A single person can make a huge difference in a small-team PvP situation, and this Rogue ability has probably been the deciding factor in more battles than any other.

The Rogue is one of the classes slated for a major overhaul in the next World of Warcraft expansion, where one of its specializations will be taken further toward fulfilling the “stealthy ninja assassin” fantasy, while another will become more of a “swashbuckler / pirate” type character.

Valeera and the Wrynn Royal Line

Shortly before her debut as a gladiator, Valeera’s gladiatorial team got a new member, an amnesiac human warrior. Together with their other team member, the druid Broll Bearmantle, the gladiators went on to emerge victorious from the dreaded Dire Maul Arena.

Their victory had been unexpected by all but the wise Rehgar, which turns out had a good eye for talent, and became rich on account of the betting against him. The human fought with such ferocity that the Horde named him “Lo’gosh” after their wolf-god legend, and Rehgar took him with Broll in search of further profit – but he sold Valeera right after the games, on account of fearing that her frequent fighting with Broll (Night Elves and Blood Elves don’t hold a high opinion of each other) would weaken the team.

Eventually, the gladiators fled their masters and reunited, and, honoring their newly-minted friendship, set out on a quest to restore Lo’gosh’s memory.

varian-wrynn, and with the help of the Mage Hero Jaina Proudmoore, he started regaining his memory.

Valeera, together with Broll, went on to help him retake his kingdom and save his son (the Priest Hero Anduin Wrynn, whom Valeera later tutored in the art of knife-throwing) from the claws of the Black Dragonflight’s broodmother,

All through her adventures with Broll and Varian, she fought a losing battle against her magic addiction. While her spell-draining powers proved often useful to the adventuring trio, the withdrawal symptoms left her desperate and maddened, culminating with her eventual possession by a demon of the Burning Legion.

Despite the danger, with the help of Broll’s druidic ministrations and the counsel of the retired Guardian of Tirisfal, Magna Aegwynn, who had been recently acting as Jaina’s senechal, she eventually managed to control her urges and quieten the demon inside her – only to unleash said demon on a later adventure, trying to protect Medivh’s son, Med’lan, and his teacher from an agent of the Old Gods.

Indeed, most of her time after Anduin’s rescue was spent helping Aegwynn, Jaina, Med’an, and Med’an’s mother Garona Halforcen fight against the Twilight’s Hammer, a cult bent on using the former Guardian’s son’s budding powers to catalyze the resurrection of the Old Gods.

After playing a crucial role in Med’an’s ascension as the new Guardian, Valeera’s whereabouts became unknown.

While she at one point pledged to protect the Wrynn bloodline, it is doubtful that she is doing that, as she was nowhere to be seen when Anduin was facing some very real danger in Pandaria. Maybe she is skulking about the shadows of Stormwind palace, keeping watch as Varian’s bodyguard, but this is pure speculation.

In reality, the comic’s “Med’an” storyline was so universally disliked by Warcraft fans that it threw a 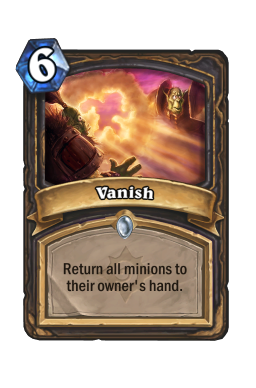 vanish effect on almost every character involved, and Valeera was one of the casualties up to her Hearthstone appearance. Here’s hoping that her Hearthstone popularity will make her appear in World of Warcraft’s upcoming Legion expansion, where her friend

Originally presented as half-human, half-orc (something that never made sense as she had been born in Draenor, where there were no humans), the Master Assassin of the Warlock Hero Gul’dan’s Stormreaver clan was later retconned as a half-draenei, half-orc. While the change doesn’t mesh well with her appearance (she shows very little of her draenei heritage), it makes more sense story wise.

But that’s not the reason why I present her as a possible Rogue Hero alternate. The reason for that is that she is Warcraft’s most famous and powerful assassin, having, on Gul’dan’s orders, assassinated

varian-wrynn’s father and Anduin’s grandfather, King Llane Wrynn, and as such, played a crucial role in Stormwind’s downfall during the First War.

Her position in Med’an’s storyline, as previously mentioned, has seen her cast out, as Blizzard seems intent on wiping any trace of that storyline from memory. Garona has since then been only featured very briefly, as a quest-giver in a forgotten dungeon that was introduced in the Cataclysm expansion, over five years ago.

But Blizzard might not have that option any more. Retuning Garona is a move that makes commercial sense now, as she is a prime character in the upcoming Warcraft movie.

There is, of course, the matter of keeping faction-parity. Garona is allied with the Horde, and effectively reviled by most of the Alliance on account of Wynn’s death. And the current Hero, Valeera, is of course a Blood Elf, an Horde race.

However, there is precedent – the alternate Mage Hero Medivh is more neutral than anything else. Despite being a human, he was the Horde’s ally during the First War, and brought both factions together during the Third War. Valeera, in a similar manner, states that she has no skin in that game, that neither the alliance or horde has ever done anything for her.

But since, despite being a Blood Elf, Valeera openly says that her loyalties lie with Varian and Anduin, it’s easier to qualify her as being on the Alliance side, and as such, Garona might well be the perfect foil to her.

I hope you enjoyed this brief excursion through Hearthstone’s lore. This part was especially focused on the World of Warcraft comics, and I’m interesting in hearing if it was new for many of the regular readers – please chime in on the comments below.

And, of course, let me know if I missed something. On a next article, I’ll take a look at the notable Rogue Hero cards, and possibly some rogue factions. Until then, Keep Calm and