The iOS update is now live. 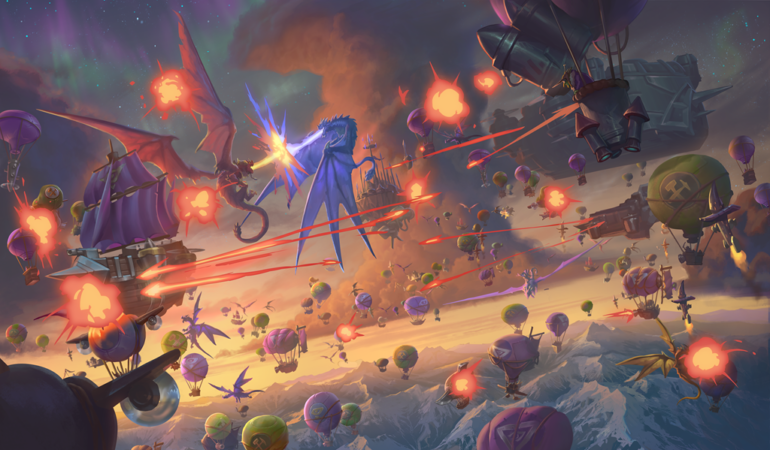 Hearthstone’s newest solo adventure, Galakrond’s Awakening, launched yesterday on PC alongside the 16.2 update as the final leg of fans’ dragon-slaying journeys. Luckily for mobile users, the adventure is now available on iOS devices after an update went live this morning.

Mobile users will join PC players in automatically unlocking the first E.V.I.L. chapter for free once they download the update and launch the game on their devices. The following chapters will release on a weekly basis and will be available for purchase for $6.99 or 700 coins each once they’re on the live servers.

Galakrond’s Awakening consists of four chapters. Each chapter includes three encounters, giving players a total of 24 unique battles. As players make their way through the chapters, they’ll play as one of the multiple heroes and villains from the League of Explorers and the League of E.V.I.L.

Related: Everything you need to know about Galakrond’s Awakening chapter one, Battle of the Frozen Coast

Upon completing encounters, players will be able to unlock a total of 35 new cards. For the free E.V.I.L. chapter, players will able to earn four cards. If they buy the Good half of the chapter, they’ll unlock an additional seven cards, making for a total of 11 cards earned in the adventure’s first chapter.

The bosses included in the first E.V.I.L. chapter are Sir Finley, Chenvaa’la, and the Amazing Reno. Players will receive a pre-constructed deck prior to each encounter and play as different heroes, each with their own unique Hero Power.