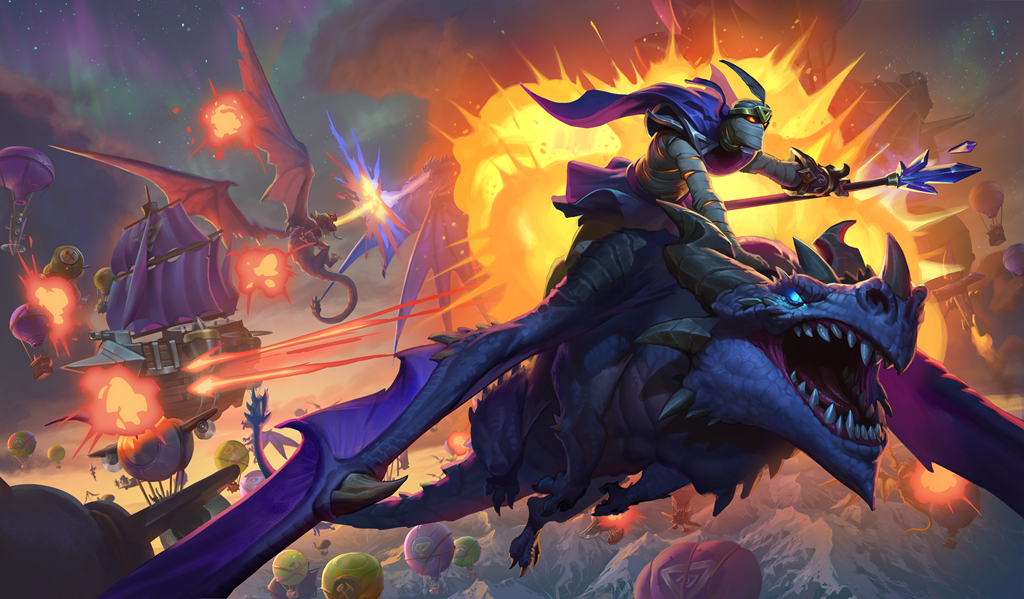 Hearthstone’s upcoming Descent of Dragons expansion is heating up with the latest addition to the game.

Depth Charge is a fiery one-cost Neutral minion with zero Attack and five Health. At the start of the player’s turn, it deals five damage to all minions.

This is essentially a cheaper version of Doomsayer, but with slightly different interactions. It costs less mana, meaning it can be played on turn one, but it has two less Health and deals less damage.

Similar to Doomsayer, Depth Charge will be a good pick up for slower-paced control decks. In the absence of early-game minions, it provides much-needed board control, countering aggression. A deck could now theoretically run four Doomsayers, dragging the game out as long as possible.

Unlike Doomsayer, though, Depth Charge can be buffed to avoid dying after use. In a Priest, Paladin, or Shaman deck, it has the potential to survive for two or more turns, allowing for added value.

Overall, it’s not quite as good as Doomsayer and will admittedly fall off against high-health minions, but it’s still a decent card with many possibilities.

Hearthstone’s Descent of Dragons expansions is due to release on Dec. 10. If you can’t wait, you can pre-order it now. Blizzard is offering a Standard package starting at $50 for 60 packs, as well as a Mega Bundle that costs $80 and includes 100 packs and a new Hero.